The Western-most tip of Africa seemed like as good a place as any to watch the Mali vs. South Africa quarter-final in the African Cup of Nations. On Saturday, I was at the Pointe des Almadies in Dakar, a tourist stop and hang-out with a beach carpeted with black stones and hand-holding couples. On offer there were grilled fish, birds, paintings made of butterfly wings, ham and cheese crepes and beer, Bob Marley renditions—and a tiny television tuned to the match. We stood packed behind a bar watching. Everyone, as usual, was both coach and expert tactician. “Mali is leaving way too much space for the South Africans–they are fast!” “Why can’t they hold the ball?” “Only (Seydou) Keita is worth anything.” Some went on offense: about the South African coach Gordon Igesund: “That white man needs to calm down! He’s going to be more tired than his players!”

“Who are you rooting for?” a man turned and asked me suddenly. “Mali!” “With everything that’s happening there they need it,” he tells me. “They’re our neighbors,” another adds. We all turn back to the screen in time to see South Africa slip through the saggy Mali defense and score. Generalized hissing. “They’re going to get crushed. Crushed,” a man declares. For a while I think he’s right. But then: Keita, angling his header down for the bounce just enough to pass over the falling goalie. Stabilizing the boat.

I was in Dakar at the CODESRIA conference Afrika’Nko. Mali was on everyone’s mind. The conference was originally to take place in Bamako, but moved to Dakar because of the conflict there. Much of one afternoon was consumed by a heated debate about a statement condemning the recent burning of ancient manuscripts in Timbuktu. The signs of the intervention were visible in the city, too. Wandering through the crowded center of town, I fell in behind a group of uniformed French soldiers winding their way along the street. From the sidewalk a man said to them: “Vive la France!” The soldiers looked back a little cautiously, not totally sure whether the statement was sarcastic or not. But the man seemed quite sincere, and the soldiers nodded.

During the African Cup of Nations games, life in Dakar didn’t exactly stop. But it did proceed to a single soundtrack. On the upper floors of a cloth market and factory, the shops each had a small TV turned to the games. I sat in one for a while where, fed up with the French language commentary from the TV, a young man muted the volume and then cranked up the radio commentary from Dakar. In rooms nearby where men worked at sewing machines, the radio blasted the game, and there was enough time for them to dash over to a TV to see replays if something big happened. On the street, a man wandered out into an intersection, slightly oblivious, holding his phone to his head–listening to the streaming radio of the match. And each of Dakar’s often beat-up yellow taxis that drove by had the same soundtrack.

When much of a city and much of a continent is watching something, you can almost feel the collective shifting of moods. There was that moment of seeping dread, late in the second-half game of Mali vs. South Africa with the score skill locked 1-1, when everyone realized that overtime was coming, and after that, most likely, penalty kicks. But Mali’s players, and goalie, controlled the shoot-out from the beginning. Each of them went in, it seems, knowing that if there was a moment to proceed without fear and with hesitation, this was it. Gracefully, they dispatched South Africa without even needing to shoot the full five shots. The cheers were immediate and uproarious: “Mali!”

I was so deep into the African Cup of Nations that, when I returned on Monday to the U.S. and someone asked me whether I’d seen the game last night I said enthusiastically, “Yes!” But I thought they meant the Burkina Faso vs. Togo quarter-final—not the Super Bowl, which I had forgotten was even happening, and whose unfolding had barely registered in Senegal. I quickly learned the essential take-away from that event—that Beyoncé is totally fabulous—but realized that those who, here, found Burkina’s progress into the semi-final a notable historical event would be few and far between.

Later today Mali goes on to face Nigeria in what is sure to be a difficult match. After last year’s amazing and emotional victory by Zambia, though, anything seems possible. And a victory for Mali in the midst of the war in the country would be a meaningful one. The conflict there has created, both within the country and among those watching and worrying from Senegal and other parts of the region, a powerful sense of dissonance and fragmentation. History is bearing down on the present: the long and complex history of Islam in West Africa, of the relationship between the desert regions of countries like Mali and the more populated cities, and of course of the history of French colonialism and neo-colonialism and the ambiguity of a population largely celebrating an intervention by France.

That there is a place, on the pitch, where “Mali” seems relatively straightforward–11 players with one goal, though also with an infinite number of ways to reach it – is perhaps a kind of comfort. And so to is the idea that, at times like this, the game has a chance to be more than itself. At one point in the game, the one woman in the bar where I was watching pointed in surprise and wonder–above the ball, in a slow-motion close-up, you could just barely see a moth fluttering its wings. 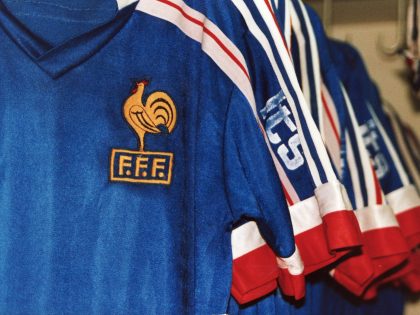 The 2010 World Cup was tumultuous for France; both an athletic failure and a site of social conflict. The French Football Federation doesn’t want to repeat it. 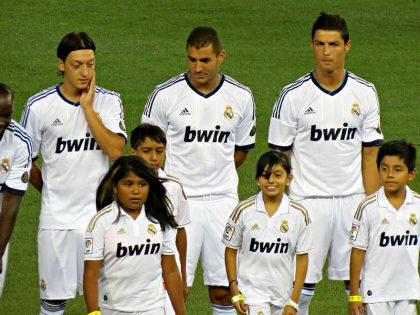 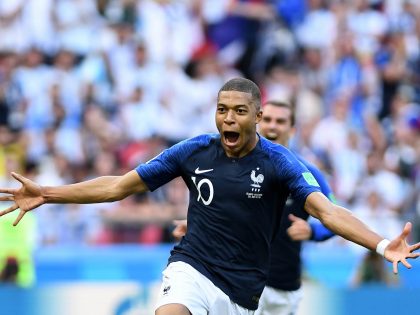