Little information is known about the decision by the famed South African photographer Ernest Cole to “pass” from “African” to “coloured” (I’ll explain these uniquely South African categories in a minute). Passing refers to  the practice to officially change your “race.” There’s a long history of passing in South Africa, especially of coloured South Africans (people often identified under the catch-all of mixed race, though it is a more complex identity) to white. We don’t know why Cole wanted to beat Apartheid South Africa’s Kafkaesque “race classification” system, beyond the ready-made theories and rationalizations repeated in museum catalogues or on websites. Through the latter, we only get glimpses of Cole’s anxiety or the stress the decision brought on his family. In the only documentary film on Cole’s life, “Ernest Cole,” by the photographer Jürgen Schadeberg, the issue of passing is neatly sidestepped by not probing Cole’s motives. Like with “play-whites” (coloureds who passed for whites), we won’t know how many “play-coloureds” there were. What the writer Zoe Wicomb has said of play-whites applies: “We don’t even know how many of them there are. There’s no discourse, nothing in the library, because officially [after Apartheid] they don’t exist [anymore].”

[My brother, Ernest] did a funny thing. He started stretching his hair … My mother [Martha Kole] was worried. He did not want to tell the truth …  [Finally] he said, ‘I don’t want this pass. I want to be a coloured’.

In the same film, Struan Robertson, a photographer and an associate of Cole, adds:

Other friends [of Cole] had been [through the experience before] him.

We don’t know why Cole decided to become coloured. One reason touted: a coloured ID card would mean less harassment when photographing Apartheid; it would make it easy to obtain a passport.

But there are other questions we have:

Who helped Cole’s prepare for his question to become coloured?

Did Cole ‘act coloured’ around his mother and sisters after he passed?

Did some members of his family see him as a ‘race traitor’? Did they admire his decision?

What kind of coloured did he become? ‘Other Coloured’? ‘Malay’? ‘Cape Coloured’?

In the 1950s at least 10 percent of whites were coloureds passing for whites. How many ‘Africans’ passed for ‘coloureds’?

What about Cole’s anxieties? There are too many problems with the certainty attached to his motives (mentioned at the outset here).

How does becoming coloured make it easier to leave 1960s South Africa? Are there reports or other instances of this? Were there laws or procedures that made it easier for coloureds to leave?

Why was he so focused on becoming coloured when his work was more interested in the apparent certainties of Apartheid black and white binaries?

It seems strange that Cole decided to apply to be reclassified for coloured so soon before he left South Africa for the United States (a country where such distinctions among black people did not have the same currency or legal status). When he arrived in the US, he settled in Harlem—where black nationalism was growing and differences among black people, i.e. class and color prejudices, were played down or actively resisted and collusion with official categories or discourses are frowned upon. Politically and culturally his neighbors in Harlem were and wanted to be black (this is after all the time when Negroes become Black and later African American).

There are only questions. 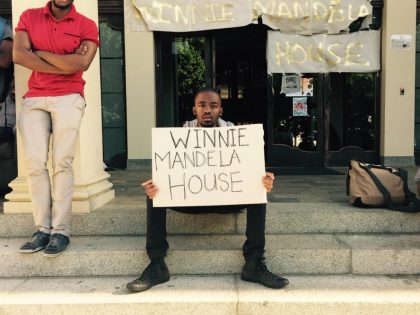 What it means to be Winnie Mandela

Since she has never really spoken about her feelings on the breakdown of her marriage to Nelson Mandela, except to very close friends, we are obliged to speculate. 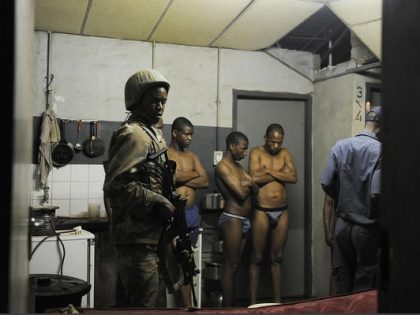 They Just Stood There Naked

What was Johannesburg newspaper, The Star, hoping to achieve with this dehumanizing image?