This post is part of the series “Religion and Democracy in Africa.”

The Yoruba people of Southwestern Nigeria have had a remarkably stable and robust political system of constitutional monarchy for more than a millennium. While it involves elements that are similar to modern democracy, it rests on a fundamentally different set of principles in the areas of ontology, anthropology, and religion that have ensured its continued relevance in the modern era, frequently above that of secular politics.

A myth about the deity Oriṣanla demonstrates beautifully the nature of the office of the Yoruba ọba or sacred monarch. Oriṣanla was the primordial deity at the beginning of the world and had a servant who rolled a boulder on his head, fracturing it into countless pieces that scattered all over the world. Oriṣanla’s friend Ọrunmila gathered as many pieces as he could to reconstitute his friend, but all the individual pieces he could not gather together became new deities in their own right. When paired with the most authoritative Yoruba myth of the world being created by Oduduwa—the progenitor of the Yoruba civilization and founder of its sacred monarchy—after he gained this right from Oriṣanla, this myth demonstrates how power (aṣẹ in Yoruba), whether political or otherwise, tends to flow from the top-down, rather than bottom-up.

With respect to the ọba, all aṣẹ ultimately participates in the nature of Olodumare, the Supreme Being and source of all existence/power. This aṣẹ was passed on to Oriṣanla, from him to Oduduwa, and from Oduduwa to his (or sometimes her) various children who themselves became the mythical founders of numerous city-states. The crown rotates between the descendants of these founders, and when candidates from each royal lineage are put forward, they must be ratified by Ọrunmila through divination. This is just like the process of concentrating the many fragments of Oriṣanla’s aṣẹ to reconstitute a powerful ancestor. While each lineage and the town council of chiefs must reach consensus on any individual candidate, the ultimate power and authority from the office flow not from their votes but the aṣẹ of Olodumare as transmitted through a direct line of mythological figures.

Unlike in Western democracy in which an elected official represents the dominant group or ideology, the Yoruba have a different anthropology of the ọba. When assuming the office, the ọba-elect undergoes an ontological transformation that localizes the transcendent spirit of the office in his/her divine personhood. The ọba manifests the nature of all aspects of the community’s identity across time and space, reconciling its diverse members in one person. Rather than building coalitions of already disparate groups, the ọba is the source from which the diverse identities within the state emerge and have their being, much like how a prism reveals the diversity of color inherent in concentrated, white light.

Thus, the office of the ọba is similar but different from Abraham Lincoln’s famous line from the Gettysburg address. Yoruba sacred monarchy is a government “of the people” in the sense that the ọba is ontologically one with the body politic, it is a government “by the people” as the person who becomes the ọba is chosen by the lineage and chiefs, and it is a government “for the people,” just one that transcends space and time as it is for the ancestors and mythic figures as well as living citizens. Consequently, the office is inherently unitive rather than competitive, such as in Western democracy, and if an ọba is perceived to be too partisan there are a number of mechanisms by which the ọba can be removed.

The modern era has witnessed renewed salience for this tradition. By contrast, participation and faith in the modern, secular political system in Nigeria has been waning for decades. This is in large part because the religious/secular division inherent in Western political models is foreign and not representative of African ways of life. Consequently, rather than creating a neutral arena for political activity, Nigerian secular politics has simply introduced one of the most hotly contested arenas for religious competition where the personal religious affiliation of politicians has become an almost insurmountable concern as demonstrated by the controversy of the All Progressives Congress’s (APC) recent Muslim-Muslim ticket.

A previous, unofficial arrangement saw presidential tickets featuring Muslim presidential candidates and Christian vice-presidents or vice versa. Furthermore, parties would alternate nominating a Northerner, almost always Muslim, with a Southerner, almost always a Christian. Thus, APC’s nomination of Bola Tinubu (a southern, Yoruba Muslim) for president with Kashim Shettima (a Northern, Kanuri Muslim) after the administration of Muhammadu Buhari (a Northern Muslim), has enraged many Christians who refuse to support a Muslim-Muslim ticket.

The ọba, however, serve as a kind of civil religion, or a set of myths and symbols to which all citizens have a claim and in which they can participate, regardless of religious affiliation. The annual festivals of the ọba demonstrate this dynamic beautifully and constitute a ritual context in which these bonds can be reaffirmed. Additionally, because they constitute the source of aṣẹ in which all religious groups participate, they combine religious and political power, allowing them to exercise authority in a manner more in line with Yoruba social dynamics.

While the power of the ballot box has proven ineffective and easy to manipulate, the aṣẹ of the ọba flows from top-down, creating the possibility of withdrawing that authority by appealing to those who control the flow of aṣẹ from the mythic and divine figures of the community’s sacred history. Thus, the office of the ọba invites genuine participation without competition, reconciling diversity within his/her divine persona.

When I once told an oriṣa priest that there was no sacred monarchy in the US, only secular politicians, he responded, “No matter how good a politician is, (s)he must never take the place of an ọba!” 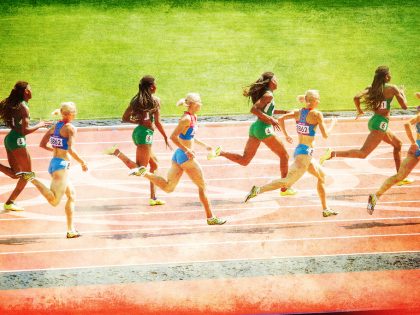 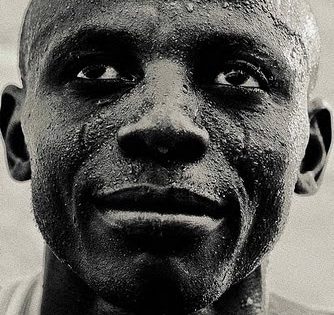 A Nigerian priest’s car breaks down in a bad neighborhood of Lagos.