Not all suffering holds the same value; this is a maxim that ISIS propagandists understand just as well as cable news editors. In her essay on war, Judith Butler writes: “War sustains its practices through acting on the senses, crafting them to apprehend the world selectively … disposing us to feel shock and outrage in the face of one expression of violence and righteous coldness in the face of another.”

This is certainly the case for the conflict in the Democratic Republic of the Congo. Two snapshots illustrate this. First: on April 27 this year, Jules Alingete, a celebrated financial inspector, stepped up to a podium in Houston, Texas. He was addressing a small conference room of businesspeople to convince them to come and invest in the Congo. What he said, recorded for thousands to see on social media, shocked Congolese: “Be assured, we do not have war in Congo. We see the war on television, we are in Kinshasa, Mbandaka, Lubumbashi, the big cities … it is a situation more than 2000km from our institutions.”

The second snapshot: the pageantry and fanfare of heads of state arriving to the Commonwealth Heads of Government Meeting (CHOGM) in the Rwandan capital, Kigali, on June 20. Thirty-five heads of state were supposed to attend. However, at the same time as Prince Charles was shaking President Paul Kagame’s hand, the M23 rebellion was making inroads in the neighboring Congo, most likely with Rwandan backing. None of the diplomats attending, including Justin Trudeau, Boris Johnson, and Muhammadu Buhari, expressed concern.

Both cases represented a firm looking-away from suffering. There are more people displaced in the Congo today than ever before: 5.9 million, more than anywhere in the world except for Syria. In the first three months of the year, around one thousand civilians were killed by various armed groups in the eastern Congo.

My new book, The War That Doesn’t Say Its Name: The Unending Conflict in the Congo, tries to understand why armed conflict has persisted in the Congo despite numerous similar peace talks, billions in international aid, a national army of 130,000 pitted against ragtag rebel groups and the largest UN peacekeeping operation in the world.

These snapshots from Houston and Kigali offer pieces of an answer. Over the past 26 years of fighting, while many have suffered from the conflict, a slim class of commanders and politicians has emerged for whom the conflict has become a source of survival and profit. Alingete, the financial inspector, encapsulated the view of many Congolese elites—the war is distant and does not threaten their political survival. In the meantime, Rwanda has seen meddling in its neighbor as a core national interest, while foreign donors have looked the other way. Thus conflict, as well as peacemaking, have become ends in themselves, while the fighting is carried forward by its own momentum.

The nutshell version of the Congo war is this: In 1996, a coalition of regional countries—led by Rwanda, Uganda and Angola—ended the 32-year reign of Mobutu Sese Seko. That coalition installed Laurent-Désiré Kabila, a mercurial and veteran rebel, as president in 1997. Kabila fell out with Rwanda and Uganda, sparking a new war, which began in August 1998 and split the country into four major parts. In 2002 a peace deal was signed, the Accord global et inclusif, which reunified the country and forged a transitional government. A new constitution was signed, creating democratic institutions and decentralizing power to the provinces, inaugurating the Congo’s Third Republic.

Conflict, however, persisted. Paradoxically, even as violence escalated, the nomenclature was toned down after the 2006 elections. The UN peacekeeping mission was transformed into a post-conflict stabilization mission; as armed groups mushroomed, there was no peace process to engage them. This, as Congolese sometimes call it, is the war that does not say its name.

To understand why the conflict has persisted and become so entrenched we have to look at the attitude that both the Congolese and Rwandan governments, the two main actors during this period, have taken.

The Rwandan government was the first mover in this latest phase of the war, provoking a crisis before the transitional government had even begun in 2003. Kigali pressured former rebels to refrain from joining the new government and to launch a new rebellion, the National Congress for the Defense of the People (CNDP). Then, after the CNDP was integrated into the Congolese army in 2009, the Rwandan government backed another rebellion, the M23, the same insurgency that is making headlines again today.

But why would Rwanda be such a spoiler? Two theories often make the rounds: that of ethnic solidarity and of economic profiteering. Both are problematic. Yes, Rwanda made a fortune off Congolese minerals. But neither the CNDP nor the M23 really helped with this; in fact, Rwanda’s exports of gold and tin from its neighbor have skyrocketed in the years since it withdrew from the eastern Congo following the defeat of the M23 in 2013.

Alternatively, diplomats and pundits often claim that Rwanda has intervened in the Congo out of solidarity with Tutsi there (many high-ranking Rwandan officials are Tutsi). That clashes with dozens of interviews I conducted with Congolese Tutsi soldiers and community leaders, many of whom felt betrayed and manipulated by Rwanda. One ex-CNDP officer lamented: “They supported us because they needed us. And when they no longer needed us, they turned on us.”

This leaves security. Supporters of the Rwandan government often mention security as the overriding imperative, in particular the Democratic Forces for the Liberation of Rwanda (FDLR), some of whom participated in the 1994 genocide. There is no doubt that the FDLR threat formed an important part of the decision-making process. However, the last major incursion of the FDLR was in 2001 and today they are a spent force. Nonetheless, given the central place the genocide still plays in Rwandan memory and politics, the FDLR remains a powerful symbolic threat. In some cases, genocide ideology has become a pretext for the RPF to repress opposition; in others, RPF officials are motivated by genuine concern.

The institutional culture of the RPF, which is infused with a bunker mentality and believes it needs to have “strategic depth” in its neighbor, has also contributed to belligerency. As one of Rwanda’s top security officials told me: “What would the United States do if Al Qaeda had a cell operating in Tijuana? It would send troops in and take no hostages.”

In the Congo, the political elites have also been complicit in the wars, although in a very different way. ​​ Their approach to the conflict has been a mixture of apathy, fatalism, and opportunism. For leaders in Kinshasa, the war in the eastern Congo was extremely peripheral to their survival—politicians were not punished at the polls for their neglect of the east, nor was the fighting there a security threat to the country’s capital, one thousand miles away.

While many politicians have normalized and essentialized the violence, others see bringing an end to the conflict as potentially risky. The main reason for this stems from the importance of the military during the period following the transitional government of the 2003-2006 period. Political elites in Kinshasa were more worried about military dissent within the army than about the grievances of the local population. By deploying most of the army to the east, keeping officers’ salaries low but their discretionary allowances and bonuses high, and giving them a free hand in racketeering, political elites protected themselves from possible coups and enriched themselves through kickback schemes.

The fragmentation of actors and these interests have produced what I describe as involution. Over time, the main stakeholders’ approach to the conflict turned inwards, becoming invested in their own reproduction, and then became stuck. There is, however, no grand conspiracy. Due to the multiplicity of players and the shadowy nature of these networks, each actor finds it difficult to imagine another logic, let alone take concrete actions to reform, even though almost every actor within the current system finds it reprehensible.

International actors have contributed to this quagmire. Donors and peacemakers focused on technocratic reforms, rather than addressing the inequalities built into the structure of the Congolese state; and they ignored parallel developments in the private sector that dramatically entrenched the political elites in charge of the state. This technocratic approach congealed following the elections of 2006. This transition to a stabilization framework was built on the problematic, implicit assumption that the Congolese government wanted to create efficient, disciplined institutions instead of privileging the cultivation of patronage networks and political survival.

The second major flaw in how donors approached the conflict was evident in how the economy was managed. The rapid liberalization of the Congolese economy during this period brought about dramatic growth but also compromised the peace process and helped entrench conflict dynamics related to the predatory state.

At the beginning of the transition in 2003, the Congolese economy was tiny, around $9 billion in terms of real GDP, and state revenues were only $730 million for a country then of 51 million—as a comparison, the budget of Oxford University in 2020 was $3.4 billion. The size of the Congolese economy, however, soon grew dramatically, as the peace process brought about the privatization of many of the country’s most valuable mining concessions.

This privatization was backed and encouraged by donors who believed that private investment would not undermine the peace process but bolster it. However, some of the investments in mining, for example, were extremely questionable, made far beneath market prices by shadowy offshore companies. Estimates for losses of just a few of these deals range between $1.36 billion and $5.5 billion, while less mediatized, transfer pricing and tax evasion by reputable multinationals have probably been of a similar magnitude. This transfer pricing, along with the squirreling away of corruption money by elites, led to massive flows of money out of the country. According to one calculation, $25.6 billion left in the Congo in capital flight between 1996 and 2010. The enormous wealth that accrued to the ruling elite during this period solidified their hold on power, undermined democracy, and created enormous inequalities.

Today, however, simple solutions for the Congo are hard to come by. The conflict has transformed trade networks, social hierarchies, mentalities, and political structures—there is no one strand of this cat’s cradle that can be tugged to collapse it. The challenges facing Congolese are generational.

The stirrings of a new political consciousness can, however, be felt. The youth movement, LUCHA, was created almost exactly 10 years ago by youths in Goma as a new form of mobilization. It refused foreign financial support, created a flat organizational structure with consensual decision-making, and focused on the bread-and-butter issues of governance: water, electricity, and security. Their main actions were visible, popular protests in front of state institutions. After the protests, they would pick up trash and sweep the streets. “We want to show people that politics is not about access to power, that it is about serving others, about caring,” Luc Nkulula, one of their leaders who shortly afterwards died tragically in a fire, told me. This may be exactly what the Congo needs. 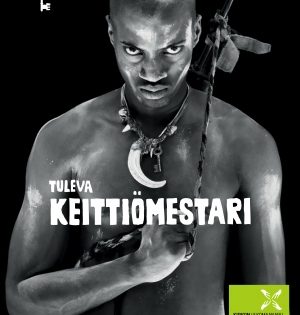 Geo-branding is a serious thing. It is particularly serious when people from other geographic areas decide to brand your geographical area and the people in it, the way they see fit and the way … 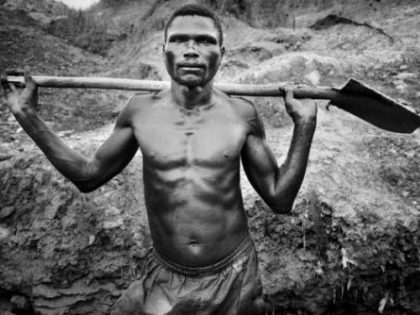 From my mate Dan Moshenberg:

Adam Hochschild (in “Mother Jones” magazine), who does know something about the Congo, takes us there, and indicts pretty much everyone. Especially foreign multinationals, Western consumers. Many of us. Remember, …