While condemning the violent evictions of the Maasai from the Ngorongoro region of Tanzania, conservation NGOs like the WWF and the Frankfurt Zoological Society (FZS) obscure their own role in seeking to control and profit from indigenous lands through “fortress conservation.” Undoubtedly, their own histories of violence and dispossession evidence pasts and presents of colonial land grabs. The following post is a part of our series of republications from The Elephant. It is curated by editorial board member Wangui Kimari.

Tanzanian police shooting Maasai is just the latest episode in a chronicle of evictions of local people in the name of conservation, a tragedy that for Africa began over a hundred years ago and has deprived thousands of their lands and their birthright. In this particular case, the government wants the Maasai pastoralists out of a “protected area,” Loliondo in Ngorongoro, to free it up for tourism and trophy hunting. Atrocities have been going on in the region for a long time, but there is now a new and important development: it is the first time they have been “condemned” by big conservation NGOs, including the one that developed the policy leading to the violence, the Frankfurt Zoological Society. No one should be taken in by this subterfuge from an organization that one Maasai describes as “enemy number one.”

It is also the first time—and the two “firsts” are connected—that the violence inherent in a conservation land grab has been broadcast around the world in real time. Within a few minutes of Maasai uploading mobile phone footage it was in the public domain, with its unarguable drama: the thuds of the bullets; Maasai fleeing in their red robes, overtaking others who had not yet seen the danger; the shakiness of a cameraman close to the line of fire. This was cinéma-vérité on a level previously unimaginable in the history of conservation.

People like me, who have been campaigning against similar crimes for decades, were able to assess the footage, appreciate its genuineness and relay it on in just a couple of minutes. By the time the Tanzanian authorities realized the scale of the exposure, and were making a feeble effort to deny it had happened, the horse had bolted.

When news of similar atrocities was publicized in the past, there was never filmed proof. Twenty years ago, Survival International, the NGO I then worked with, gave Gana and Gwi “Bushmen” in Botswana a video camera to record events as they too were forcibly evicted from their ancestral lands in the world’s second biggest “game reserve.” In 2005, when they too were shot at, the camera was not in the right place and no footage was secured. Had it been, the footage would still have taken days to get out. It is easy to forget just how recent smartphone technology is and how widespread internet connections are.

It is true that we subsequently recorded and publicized many indigenous testimonies, not only by the Gana and Gwi, but also by Adivasis evicted from tiger reserves in India, and Baka, Bayaka and Batwa indigenous peoples in the Congo Basin. These were powerful and moving witness statements, but they were always after the event. In an engaging illustration of African resilience in the face of tragedy, some even spun in a thread of comedy!

The Baka, Bayaka, and Batwa live not far from the famous Virunga, established in the 1920s as Africa’s first formal “national park” and currently directed by a Belgian prince, Emmanuel de Mérode. It too was founded, as they all were and still are, by kicking out the local indigenous folk. Violating people for supposed “conservation” has continued ever since, but it has never been captured on film. In DR Congo, the Kahuzi-Biega Park threw out thousands of Batwa in the 1970s, and rangers and their army colleagues killed, mutilated, raped, and imprisoned dozens, including children, who tried to go back to their homeland in recent years. Similar narratives are rife in the Salonga Park in the same country, in the Lobéké Park in Cameroon, as well as in the Odzala-Kokoua Park and at Messok Dja in Congo-Brazzaville. The WWF is now pushing to have another park established in the latter while ensuring that the locals are mistreated and kept away, as usual.

The park rangers in all of them, the guys with the guns, are supported by western conservation NGOs, including African Parks (where Prince Harry is the president), the Wildlife Conservation Society (which once kept the Congolese Mbuti man, Ota Benga, in a zoo), and the WWF.

In the last few years, the formulaic NGO response to conservation atrocities has been to deny them, only reluctantly admitting that a few “bad apple” rangers might have overstepped the mark after pressure from publicity. The relevant NGO then usually pays for an investigation that takes months if not years while hoping that media attention will move on, as it does. Any resulting reports are whitewashed or simply buried if they stray towards the truth.

It may be opportune now for the FZS to condemn the violence that everyone can see, but it still fails to assign blame, and rejects all responsibility for its own role. It has wanted the Maasai out since it first became involved in the 1950s through its Nazi founder and director, the famous Bernhard Grzimek. By seemingly condemning incidents that cannot be plausibly denied, the FZS presumably hopes to divert attention not only away from its own complicity, but also from the criminal pattern of “fortress conservation” that it supports.

The wider conservation industry will doubtless lament this shooting and see it as a major strategic blunder, but that will be to try to mask the fact that it is neither new nor unusual.

The grabbing of local indigenous peoples’ lands is underpinned by a war on sustainable and self-sufficient ways of life that has been waged for generations. Conservationists and their government allies do not want herders or subsistence hunters on land that they seek to control and profit from, usually through tourism nowadays, selling phoney “carbon credits,” or simply by taking its resources. In the specific case of Tanzania, the land theft is to facilitate trophy hunting by the United Arab Emirates nobility as well as for tourism; in the end it always comes down to money and control, not conservation.

This war is also now playing out in Europe, albeit with money rather than guns. “Rewilding”—taking land from herders—is promoted as the supposed answer to climate change and biodiversity loss, and even as a means of avoiding pandemics. It is phoney, and it is easy to demonstrate that it will not help to mitigate any of these problems. The truth is that most conservationists just do not like herders, or subsistence hunters, and never have. In fact, they do not like anyone living directly off the land. They want their “Nature” empty of inhabitants except themselves and those who serve them.

The “wild Africa” they strive to create has never existed outside their cinemas and sermons, but they remain as determined as ever to fabricate it, and they care little about who gets trodden upon through what they believe is their pietistic calling.

The problem is not just their self-righteous conviction: the conservation industry receives awe-inspiring sums of money from governments and foundations to manage national parks and similar areas that deprive people of lives and livelihoods. They are now pushing to double these areas to cover 30 per cent of the globe.

It is important to understand that the FZS’s declared “condemnation” of the Maasai shootings is not a first step towards acknowledging its crimes: it is a deflective feint in the generations-old battle for land control in Africa. It is just another facet of colonialism.

At the same time, the conservation faith now suddenly finds itself on the defensive as never before. The ground has shifted but, make no mistake, its proponents have immense resources and will fight to retain their power and their manifest belief in their destiny. This supposed “condemnation” should be seen for the ruse that it is, and the conservation NGOs must be pushed back. Let us hope that in doing so, the Maasai can continue to take a real stand, both for their own destiny, their environment, and for all of our futures. It is the conservation NGOs that are against the real “natural world,” not the Maasai. 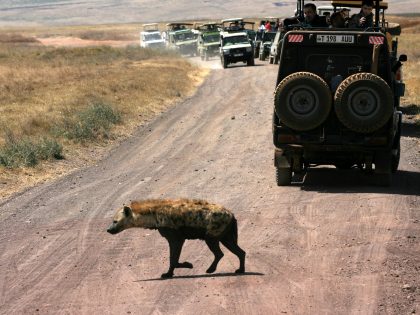 Why are Ngorongoro’s Maasai at risk of being evicted again? Tanzania’s conservation-tourism industrial complex wants them out. 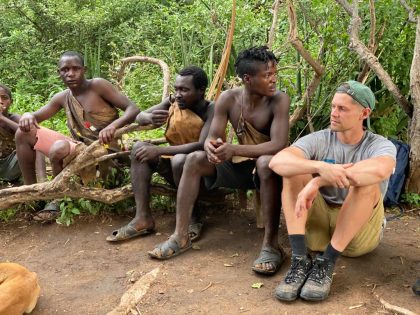 An ethnography for fad diets

Two tourists take a package trip to visit the Hadza people in Tanzania and are so jazzed with what they see, they make a podcast about it. What could go wrong? 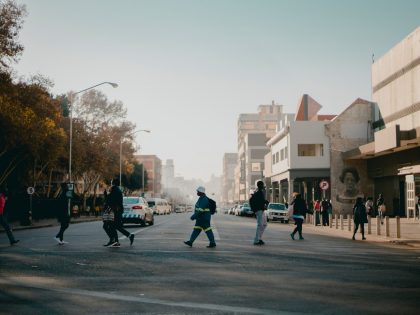 When the war is over

In his new book, the Ugandan academic Mahmood Mamdani argues that breaking cycles of violence requires collective action. He finds hope in the unfinished project of South Africa’s anti-apartheid struggle.