Colonialism structures how we think about the history of Africa’s relations with the world. This is often true even among those who protest reductionist understandings of the continent. The flawed assumptions that oppression was inevitable and power dynamics were invariable between people from both continents loom large in the popular imagination. Subordination can be taken as a timeless norm that explains, in turn, slavery, oppression, and racial injustice in the Americas, Europe, and further afield.

Audre Lorde presciently noted that “we have no patterns for relating across our human differences as equals.” One consequence of that deficit is how hard it can be to imagine a time when people of African descent related to the wider—and whiter—world in very different ways than we have come to expect in the modern era. Has it always been so? Have Africa’s encounters with the world always followed the rhythm of domination and dispossession? It is important to find out.

Psychologists have found that the region of the brain that activates when we think about the past is the same part that lights up in relation to envisioning the future. They found that subjects “place their future scenarios in well-known visual-spatial contexts,” suggesting that the past is the imaginative landscape upon which we situate the future in our minds. Histories that do not conform to the current pattern of relating can serve as the substrate upon which new and more promising futures can be envisioned and designed.

By overlooking what Howard Zinn called “the past’s fugitive moments”—that is, histories that suggest possibilities other than the world we have come to inherit—we consign ourselves to a future that reenacts a limited sense of the past. Moreover, the dangers of presentism, of our propensity to interpret the past through the lens of the present, are well known to historians. Without an awareness of anachronistic assumptions, there can be a sense that how things are now is also how things always have been and, as a consequence, how things always will be. But what if the present is markedly different from the past and, therefore, the future might be very different from the present?

We know that the people and nation-states of the continent have been diverse and variable over time. It makes little sense, therefore, to speak of them in the singular. We also know Africans, like other humans, have been thinking and acting in ways that gestured at belonging to an international human community long before the colonial occupation. We know, too, that these international relations, for lack of a better word, were embedded into everyday realities of African elites, traders, and ordinary people.

Take, for example, the Kingdom of the Kongo: a sovereign, Kikongo-speaking nation-state that spanned modern-day northern Angola, western Democratic Republic of the Congo, the Republic of the Congo, and southern parts of Gabon. In the Kongolese kingdom, Catholicism became an established religion on its way to domestication early in the sixteenth century—not by conquest or force, as historian John Thornton notes in The Kongolese Saint Anthony, but through voluntary conversion, most notably of King Nzinga a Nkuwu, baptized João I of Kongo in 1491, and his son King Mvemba a Nzinga, also known as Afonso I.

While Italian missionaries from a Franciscan order of European monks, the Capuchin, are often credited, incorrectly, for the spread of Catholicism in the Kongo, it was the kingdom’s elites, particularly Afonso I, who did the most to seed and domesticate the religion. According to Thornton, they saw it as a source of diplomatic power.

It was clear early on that the exercise of this power would not be easy, and it was the Capuchins who made it especially difficult for Kongo’s rulers: Thornton notes that from the time of Alfonso I and for much of the next century, the kingdom’s rulers faced intransigence on the part of both the Capuchins and the Portuguese, who controlled the colony of Angola to the south, when they tried to appoint clergy, control bishops, and establish an independent church—the latter turning out to be an aspiration never realized before the kingdom’s end.

That is to say, had Kongo’s rulers had their way, the kingdom would have been more thoroughly—and, most of all, autonomously—Catholic. This cuts against the commonly held view of Christianity as the intellectual justification for European’s civilizing mission across the continent. Christianity certainly did serve the colonial project in this way at certain times and in parts of the continent, lowering indigenous spiritual practices and beliefs to the status of heathenism that had to be stamped out.

But the reasons for Kongo’s rulers’ full-throated embrace of Catholicism was—and it bears repeating—to access the religion’s diplomatic power. They understood the threat of the Portuguese to the south, more so after fending off a series of invasion attempts early in the seventeenth century.

Historian Linda Heywood argues that the Kingdom of the Kongo mastered “European-style diplomacy” to “ensure that Kongo be regarded as a Christian power with the same status as European powers.” Having established an embassy in Rome as early as 1488 and a resident ambassador in Lisbon in the 1530s, a few Kongolese elites studied in European capitals, mastering languages that facilitated the deepening of diplomatic ties. Alongside economic and political power, participation in the Christian commonwealth granted Kongolese elites access to cosmopolitan lifestyles that seldom draw attention.

Another important instance that complicates received knowledge of colonialism as inevitable is the kingdom of the Asante, in modern-day Ghana, which ruled at the turn of the eighteenth century. The Asante had longstanding trade and diplomatic relations with European states. Today, along Ghana’s Atlantic coast, there remain a few dozen forts, castles, and other outposts—some of them, like in Elmina and the Cape Coast, in excellent condition—that are perfectly rendered examples of late medieval European architectural technology.

Visitors often take these fortifications to be symbols of European conquest. But in reality, they were meant to secure access to the Asante Kingdom and, if possible, prevent other European countries from doing so. That different states built forts in that part of West Africa attests to the importance of the trade and the political power of the local authorities that determined who could trade there and under what terms.

The Asante at the time were wealthy, trading in commodities such as gold, ivory, and enslaved people by sea and by land. This wealth was won and preserved through military might, of course, but it was furthered by a masterful foreign policy that exploited the needs of European visitors.

Art historian Fiona Sheales records one such performance by Asante King Osei Tutu Asibey Bonsu on September 7th, 1817, the day the first Anglo-Asante trade treaty was ratified. According to British records, on that day, the Asantehene, or Asante king, appeared wrapped in a cloth perhaps not dissimilar to the style of kente cloth—but made of flags of European nations sewn together.

Flags played a key role in trade and diplomacy for Asante and European alike. But whereas the latter presented flags to the former in the hopes it would lead to formal diplomatic relations, the former displayed flags for the latter, as the Asantehene did that day, to demonstrate the breadth and reach of the Asante kingdom. The Asante king, explains Sheales, was aware of and not above playing up European competition for access to trade and other ties to the Asante.

It is difficult for many today to imagine the respect that African political authority commanded in the first half of the nineteenth century. The period of conflict that followed, the rise of the transatlantic slave trade and chattel slavery in the Americas, amplified by competition for access to trade with the kingdom, makes imagining this even more difficult. But imagine it we must.

These moments in the two kingdoms offer glimpses into how Africans understood their relationship to the wider world, as sovereigns and actors, and the other possible futures they anticipated at that time. These paths are still worth imagining, despite the actual future that ultimately unfolded. Through spirituality and trade, in these particular instances, Africans were relevant players in a shared global imaginary. The notions of belonging, in effect, were rooted in a spatial imagination—of both the inner and outer worlds—that reflected dynamic, transregional networks. Importantly, their rhythm of relating was out of step with the familiar tempo of oppression. These moments gesture toward relations that could be called un-colonial.

History, of course, should not be read only to glean lessons for the present. But it certainly can help make more sense of contemporary struggles. The past’s fugitive moments in particular offer a revitalizing challenge to the linearity with which we often understand, and limit, what is possible. 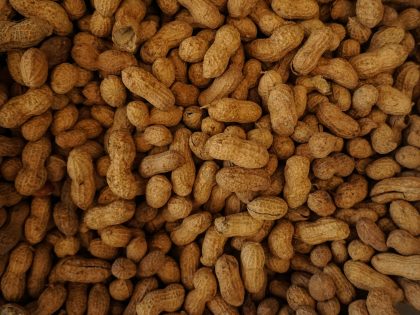 A crop that changed the world

The story about peanuts, and the people who grew it at the margins of an empire in 19th century West Africa, then the most abundant source of the world’s most important oilseed. 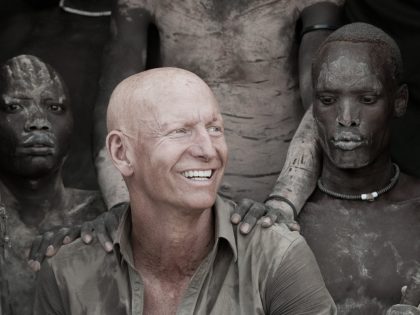 Before They Resurrect the Noble Savage

Jimmy Nelson’s photographs are deliberately constructed to capitalize on his own vision of these groups. 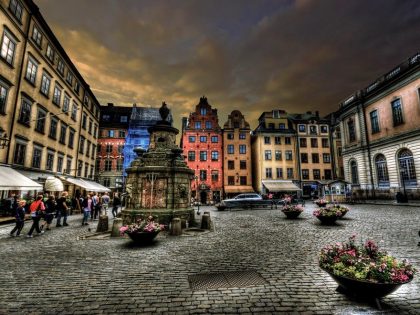 The image of a benevolent, preternaturally anti-racist “good old Sweden,” spreading its perfect democracy around the world, is fiction.