In his monumental 1996 book Race: The History of an Idea in the West, Ivan Hannaford attempted to write the first comprehensive history of the meanings of race. After surveying 2,500 years’ worth of writing, his conclusion was that race, in the sense in which it is commonly understood today, is a relatively new concept denoting the idea that humans are naturally organized into social groups. Membership in these groups is indicated by certain physical characteristics, which reproduce themselves biologically from generation to generation.

Hannaford argues that where scholars have identified this biological essentialist approach to race in their readings of ancient texts, they have projected contemporary racism back in time. Instead of racial classifications, Hannaford insists that the Ancient Greeks, for example, used a political schema that ordered the world into citizens and barbarians, while the medieval period was underwritten by a categorization based on religious faith (Jews, Christians, and Muslims). It was not until the 19th century that these ideas became concretely conceptualized; according to Hannaford, the period from 1870 to 1914 was the “high point” of the idea of race.

Part of my research on the history of British colonial Egypt focuses on how the concept of a unique Egyptian race took shape at this time. By 1870, Egypt was firmly within the Ottoman fold. The notion of a “Pan-Islamic” coalition between the British and the Ottomans had been advanced for a generation at this point: between the two empires, they were thought to rule over the majority of the world’s Muslims.

But British race science also began to take shape around this time, in conversation with shifts in policy throughout the British empire. The mutiny of Bengali troops in the late 1850s had provoked a sense of disappointment in earlier attempts to “civilize” British India. As a result, racial disdain toward non-European people was reinforced. With the publication of Charles Darwin’s works, these attitudes became overlaid with a veneer of popular science.

When a series of high-profile acts of violence involving Christian communities became a cause célèbre in the European press, the Ottomans became associated with a unique form of Muslim “fanaticism” in the eyes of the British public. The notion of Muslim fanaticism was articulated in the scientific idioms of the time, culminating in what historian Cemil Aydin calls “the racialization of Muslims.” As part of this process, the British moved away from their alliance with the Ottomans: they looked the other way when Russians supported Balkan Christian nationalists in the 1870s and allied with their longtime rivals in Europe to encroach on the financial prerogatives of the Ottoman government in Egypt.

Intellectuals in Egypt were aware of these shifts, and they countered by insisting they were part of an “Islamic civilization” that, while essentially different from white Christians, did not deserve to be grouped with “savages.” Jamal al-Din al-Afghani was one of the most prominent voices speaking against the denigration of Muslims at the time. His essays, however, were ironically influenced by the same social Darwinism he sought to critique.

For example, in “Racism in the Islamic Religion,” an 1884 article from the famous Islamic modernist publication al-Urwa al-Wuthqa (The Indissoluble Bond), Afghani argued that humans were forced, after a long period of struggle, “to join up on the basis of descent in varying degrees until they formed races and dispersed themselves into nations … so that each group of them, through the conjoined power of its individual members, could protect its own interests from the attacks of other groups.”

The word that I have translated as “nation” here is the Arabic term umma. In the Qur’an, umma means a group of people to whom God has sent a prophet. The umma Muhammadiyya, in this sense, transcended social differences like tribe and clan. But the term is used by al-Afghani in this essay to refer to other racial or national groupings like the Indians, English, Russians, and Turks.

Coming at a time when British imperial officials were thinking about Muslims as a race, the term umma took on new meanings and indexed a popular slippage between older notions of community based on faith and modern ideas about race science. Al-Afghani’s hybrid approach to thinking about human social groups would go on to influence a rising generation of intellectuals and activists in Egypt—but the locus of their effort would shift from the umma of Muslims to an umma of Egyptians.

In my book, The Egyptian Labor Corps: Race, Space, and Place in the First World War, I show how the period from 1914 to 1918 was a major turning point in this process. At the outbreak of the war, British authorities were hesitant to fight the Ottoman sultan, who called himself the caliph, because their understanding of Muslims as a race meant that they would naturally have to contend with internal revolts in Egypt and India. However, once war was formally declared on the Ottomans and the sultan/caliph’s call for jihad went largely unanswered, British authorities changed the way they thought about Egyptians.

Over the course of the war, British authorities would increasingly look at Egyptians just as they did other racialized subjects of their empire. Egypt was officially declared a protectorate, Egyptians were recruited into the so-called “Coloured Labour Corps,” and tens of thousands of white troops came to Egypt and lived in segregated conditions.

The war had brought the global color line—long recognized by African Americans like W.E.B. Du Bois—into the backyard of Egyptian nationalists. But rather than develop this insight into solidarity, as Du Bois did in his June 1919 article on the pan-Africanist dimensions of the Egyptian revolution for NAACP journal The Crisis, Egyptian nationalists criticized the British for a perceived mis-racialization of Egyptians as “men of color.”

Pharaonism, a mode of national identification linking people living in Egypt today with the ancient pharaohs, emerged in this context as a kind of alternative to British efforts at racializing Egyptians as people of color. Focusing on rural Egyptians as a kind of pure, untouched group that could be studied anthropologically to glean information about an essential kind of “Egyptianness,” Pharaonism positioned rural-to-urban migrants in the professional middle classes as “real Egyptians” who were biological heirs to an ancient civilization, superior to Black Africans and not deserving of political subordination to white supremacy.

Understanding Pharaonism as a type of racial nationalism may help explain recent controversies that have erupted in Egypt over efforts by African Americans to appropriate pharaonic symbols and discourse in their own political movements. This is visible in minor social media controversies, such as when Beyoncé was called out for “cultural appropriation” for twerking on stage in a costume depicting the Egyptian queen Nefertiti. But sometimes, social media can spill over into more mainstream forms of Egyptian culture, such as when the conversation around the racist #StopAfrocentricConference hashtag—an online campaign to cancel “One Africa: Returning to the Source,” a conference organized by African Americans in Aswan, Egypt—received coverage on the popular TV channel CBC. While these moral panics pale in comparison to American efforts to eradicate critical race theory, for example, they still point to a significant undercurrent animating Egyptian political and social life. 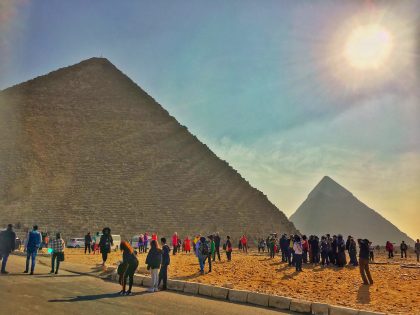 Egypt and the Afrocentrists: The latest round

Why did North Africans and Middle Easterners almost overnight go from being comrades-in-struggle to racial intruders in Africa and in African American cities? 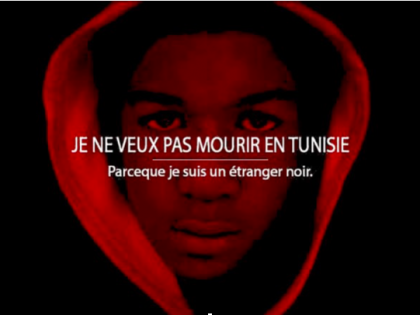