The film opens on the Atlantic Ocean along the shores of Freetown, Sierra Leone. A boat is rowed to sea accompanied by powerful and beautifully evocative images, a longing for the past and a call to differently revisit and redefine the past.

As the boat dances on the ocean, followed by a montage of ancestral ceremonial mask dancers, ruins of slave forts, and the undeniable lush of Sierra Leone, we hear a melancholic voice yearning for what Sierra Leone used to be, how special and inspiring it was, how this was the “province of freedom,” where enslaved black people returned to rebuild their lives and how today, that history, pride and excellence is long forgotten. The voice is that of Sorious Samura, an internationally renowned journalist and filmmaker, who rose to fame for his first documentary aptly titled Cry Freetown, a negation of this film, Sing, Freetown. He speaks about the need to find “our way back, back from the brink. But how,” he asks and concludes that it must be via the only way we know… “with a story.”

This sets the film in motion, this journey to tell a story, a new story and a hopeful one about Sierra Leone. Samura seeks out his former teacher, Charlie Haffner—a playwright, director and founder of the 33-year-old theater and performance group, Freetong (Freetown) Players. The company brings plays directly to the people on the streets and at their homes, across the country. It was founded following a 1960s clampdown in the country on theater, and artists in general. Haffner is an icon, a quiet but persistent resistor, who refused to let theater die.

Samura and Haffner set out across the country to find the story for Haffner to write and stage. The intrigue develops as the relationship between these two men unfolds. Samura has become a product of the West; wants things done quickly, which has its advantages, yet he comes with standards that Haffner isn’t accustomed to or, perhaps, doesn’t want to adopt. Haffner isn’t a journalist, so things must not be rushed, especially when one is on a quest for a story that represents the rekindling of a nation to its past. The tension between the artist and the journalist is palpable. and it becomes an introspection of what Sierra Leone the nation has become. It raises questions about when and how we can forge the future; how we think about ourselves and the arts—the soul, the nourishing core of any nation; about the method and pace of rediscovering ourselves and what wisdom and tools we draw on to rewrite our story. The two men become nearly estranged while grappling with these questions and trying to deliver a play that would bring hope to the nation.

Throughout the journey, Samura confronts the torment of wanting to change the narrative of Sierra Leone, indeed of Africa in general, from doom to something else. He admits to having made his career focusing on the doom and madness, and now he needs to tell another side of the story. Haffner wants to return the viewer to our true identity, before the arrival of the “white man,” who brought slavery, colonialism and now imperialism.

Both men agree on the need to look within and back to our ancestral stories. However, the film falls short in this regard. Despite acknowledging the need to move away from the common tropes of degradation and hopelessness, the film unnecessarily incorporates images of the violence and brutality of civil war. Narratively speaking, there is no need to revert to these images, as the context of the country’s horrific past is already clear.

Sing, Freetown is a film worth watching, but I am not convinced that it succeeds in capturing the song of the past, our past, a new song that has no white gaze and that doesn’t ramble on about Sierra Leone, as a former “Athens of Africa”—another reference to the colonial project that we are still undoing.

This undoing and the larger task at hand was evident during the May 15 premiere of the film in Freetown—a very well attended and curated event for a city that is still navigating its understanding of the importance and impact of the arts on society. Haffner admits, “It is a lonely existence to be an artist here in this country, not the loneliness an artist chooses, but an isolation. Any society that doesn’t value art at its core cannot make policies—economic or otherwise—that work for its people.”

This sentiment came up again during the Q&A when someone asked about when the play, A Nation’s Journey, will be on stage in the city, or around the country. Haffner explained the cost of staging a play, and the lack of funding or interest to date. An audience member suggested the play should be performed in schools. Haffner’s response: “If you want theater or the arts in general to be part of this society, then it must be in the school curriculum as it used to be. And not just an event of actors coming to perform. The arts teach people to know themselves truly.” The audience didn’t understand what he meant and once again that loneliness and isolation Charlie had mentioned was apparent.

A Nation’s Journey may have been born during the making of Sing, Freetown, but it is uncertain whether it will survive. For now, we are in the moment between a cry and a lukewarm song for Freetown, and for Sierra Leone.

A time for farewell, and a return

Africans rarely re-evaluate ourselves, the basis of our knowledge and our traditions on our own terms, argues Sierra Leonean writer Ishmael Beah. 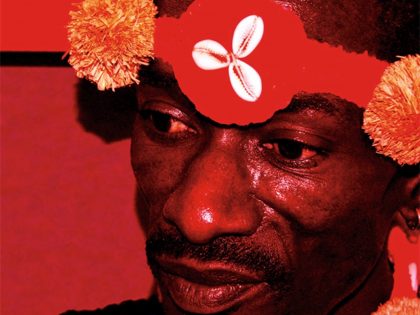