In the summer of 1998, I had just arrived in the United States from Sierra Leone and, as every immigrant does, I began the immediate process of recreating myself by observing the ways of being in my new home. I had no intention of absorbing everything so as not to collapse the architecture of my heritage, my identity, everything I had been until then. I was aware that some conformity was needed. It was a confusing time because I knew that no matter the perception of my homeland, it had its own vital wisdom and strength, part of which I had brought with me. However, I quickly realized that people in my new home were either unaware of, or uninterested in anything about where I was coming from or what I had to offer. Whenever I spoke, I was asked to repeat myself, though I enunciated and sounded every syllable with ease and without any haste.

My new family took me to Colorado for the last weeks of summer. There, I met one of many family friends who was introduced to me as a “thinker, a professor of history and foreign policy, a worldly person.” So naturally, I wanted to have a conversation with him. My grandmother’s words that, “every encounter with another person, if done with genuine curiosity, becomes an exchange of knowledge that elevates humanity,” chimed in my head with urgency. I asked this “thinker” family friend if we could go for a walk the following morning and he agreed. I was ready as early as I could, my mind whirling with questions, and my spirit dancing with anticipation for the pleasure of an exchange with someone who I didn’t have to explain to where my country was and the generalities always associated with the African continent.

I greeted him with excitement as he emerged from slumber. But the mannerism of his responses left me bewildered. “Did you sleep well?” he asked. He put his palms together and placed his head sideways on them. I nodded a yes; lost for words. He returned with, “Do you want to drive or walk to town for coffee?” and again, acted driving and made a walking motion to accompany his words. I said, “I prefer walking,” and marched forward to mimic how he had been signaling his words to me. It took him a minute to get my sarcasm, and I knew that there would be no substantive exchange between us. He had not come with the genuine curiosity needed for an insightful conversation, but rather a preconceived idea that had clouded his point of view. He knew where my country was, but something in his thinking had told him I would have difficulty understanding English, though I had spoken to him in English, come from an anglophone country, and was slated to attend school in the US. None of these things connected and I was left thinking, why? On the walk he talked about his love for Fela Kuti’s music, S.E. Rogie, Ladysmith Black Mambazo, Miriam Makeba, he went on. But he still spoke with a deliberate slowness as if I was incapable of understanding him otherwise. Additionally, he began lecturing me about African politics and traditions in general. He had never been anywhere on the continent.

Yes, this fellow in question knew the names of Kwame Nkrumah, Patrice Lumumba, Thomas Sankara, and so on, but just as politicians whose intelligence had to be filtered and explained through the western point of view. When it came to writers he knew only of Chinua Achebe and then, only of his classic Things Fall Apart. He didn’t know any contemporary African writers or thinkers. Yet, he had opinions, strong ones about Africa and our need for leadership.

Another such encounter was in 2014, during a reading and signing event for my second book. A reader commended me on how “good my English is” while holding both of my books written in English.

Why was this? And, what does this say about us, about African thought, knowledge, intellectualism, wisdom? Why is it belittled? Why is it disbelieved? Why is it that even those who don’t know us feel the need to tell us about ourselves? Over the years these questions lingered in my mind as more of such encounters would occur.

I believe one major reason for this is because we, as Africans, have long neglected the merit of our own intelligence, knowledge, wisdom, thinking, and look outside for answers rather than inward. We rarely re-evaluate ourselves, the basis of our knowledge and our traditions on our own terms. We have handed that responsibility to outsiders who only measure us through our failed politics and politicians, and vis-a-vis themselves, they as the solution.

How many African countries use traditional oral storytelling in their curricula or predominantly assign African writers and thinkers in forming the basis of their national educational systems? Yet, if you ran a poll on every African person or anyone of African descent, they will tell you lessons they had learned from hearing stories. It may even be a story that was repeatedly told to them that formed the basis of their values, moral, emotional and psychological foundation. However, when most educated Africans want to flaunt their intelligence, they will quote from Plato, Aristotle, René Descartes, Jean-Jacques Rousseau, Spinoza and the likes rather than ideas from an African parable or from Amadou Hampâte Ba, Thomas Sankara, Mariama Bâ, Sekou Touré, Njinga Mbandi, Kwame Nkrumah, Alda do Espirito Santo, Marcus Garvey, Sarraounia Mangou, Léopold Sedar Senghor, Ama Ata Aidoo, Patrice Lumumba, Taytu Betul, Eduardo Mondlane, Frantz Fanon, Wole Soyinka, Albert Camus.

We rely on explaining ourselves and understanding who we are through the theories and traditions of others. Those who have shown through history and current actions to have no regard for our lives, values, thoughts, knowledge, wisdom and traditions. “No group, however benevolent, can ever hand power to the vanquished on a plate,” said the South African Black Consciousness leader, Steve Biko.

The power that we are missing lies in the return to celebrating and using our own ideas and ideologies to sustain our way of life. As Fanon stated, “Imperialism leaves behind germs of rot which we must clinically detect and remove from our land but from our minds as well.” Our expressions of ourselves and how we perceive the world begins with ideas that are prevalent around us, and as a result we espouse into our being. These ideas always predominantly come from stories, from our traditions and our knowledge base. So, until we return to believing in our own ideologies, everything we build will have a hollow foundation and in time will collapse. To rebuild the architecture of our intellectual foundation, our knowledge base requires a return to our own thinkers, past, and most importantly, contemporary.

Before COIVD-19, a movement of reimagining ourselves on our own terms had already started on the African continent. And now, this global pandemic has exposed behind the curtain of the values, knowledge, and ideologies we had blindly followed while ignoring ours, and they have been found wanting.

There are many things we can learn from this global crisis. One of them, and I believe it is an important one, is that we must return to our own wisdom and intellectual space, fully and irrespective of any other. We can always borrow wisdom, but the predominant knowledge that governs us should be ours only. “The great powers of the world may have done wonders in giving the world an industrial and military look, but the great gift still has to come from Africa—giving the world a more human face.” Steve Biko was right, but to give that gift requires re-believing in our own thinking, ideas, ideologies, arts, creativity, our knowledge base, all of which we’ve always had.

For two years I lived in Abuja, Nigeria. Once, I attended a dinner with some guests visiting via a certain foreign embassy. The head of the delegation was of African heritage, born in the west. He told me they were in Nigeria to teach critical thinking to people in the north of the country. I asked if they knew of our traditions of oral storytelling that already teach critical thinking. They had not thought of it. It left me thinking about the countless young men and women I had met on the streets of Abuja, Freetown, Goma, Nouakchott, Kigali, Makeni, Accra, Lagos, Johannesburg, Yaounde, Cape Town, Dakar, Nairobi and so many more, who have to be economist, psychologist, philosophers, anthropologist, geologist, linguist … to survive and live daily. 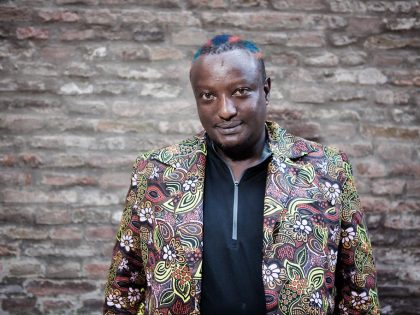 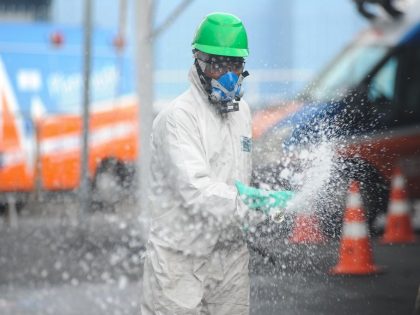 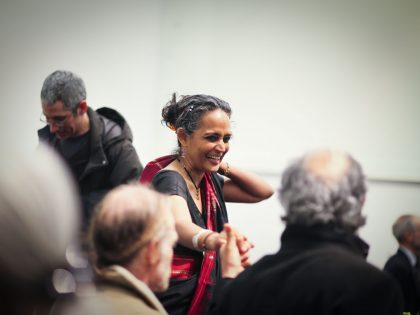