Genius and perfection are not synonymous. In fact, the two can be quite at odds. The pursuit of perfection cannot be but single-minded. It is a monolithic, and sometimes even destructive impulse. Conversely, truly virtuosic artistic endeavor does not proceed by diktat. It is heterodox. It is an act of creation. With the album UMDALI (meaning: creator), Malcolm Jiyane’s debut as a bandleader, the South African creative polymath has showcased the full bloom of his enigmatic genius. On the album, he conducts his band, the Malcolm Jiyane Tree-O, to empyrean musical alchemy with a perfectly imperfect slice of liminal South African jazz.

The backstory of the album’s creation offers up the small quotidian miracles that make up the stuff of life while everyone waits on spectacle. At the end of 2020, with Jiyane ground down by lockdown and inaction, the label Mushroom Hour Half Hour offered him the chance to record an album (Mushroom Hour had also been behind the October 2020 release of the soundtrack to Sifiso Khanyile’s documentary UPRIZE! a project which Jiyane had participated in as part of Spaza). But, before Tree-O had assembled for a second recording session in 2021, sound engineer Peter Auret discovered another album the band had recorded and shelved in 2018. The team then decided that this first album’s time had come, and so that is what has now been released.

But great stories have deep roots, and this album is the culmination of a journey that began decades ago. Jiyane grew up in a place called Kid’s Haven, which is a shelter for vulnerable children in Benoni. One day, as the story goes, the legendary educator and musician Dr. Johnny Mekoa brought his big band to play for the children. Jiyane heard their rendition of “Bags’ Groove” and that was that. He joined Mekoa’s Music Academy of Gauteng as a drummer at the age of 13, and as an adult became one of the most hardworking and generous jazzmen on the Joburg scene. A multi-instrumentalist and multi-disciplinary creative, he was a fixture at Steve Kwena Mokwena’s venue, Afrikan Freedom Station.

UMDALI itself was workshopped and recorded over two days in 2018 (and was mixed and mastered over three weeks, three years later). Mokwena was instrumental to the process, and explains in the album’s liner notes that it is an “honest snapshot” of Jiyane’s circumstances while it was recorded: Jiyane had been grappling with the deaths of his mentor Mekoa and bandmate Senzo Nxumalo, and the birth of his daughter—whose image graces the album cover with a tender dignity. “These life-altering events give shape to the music’s emotional register and its thematic concerns,” Mokwena writes.

It is thus that the opening stanza of “Senzo seNkosi,” the first track on the album and one dedicated to Nxumalo, sets the tone with an elegiac flourish, a requiem in woodwind and brass. “Umkhumbi kaMa” lets the percussion rise to the fore, raising the tempo and adding a searching, restless energy. It is a song that shows why jazz and funk play well with others, but hold a sibling closeness to each other.

“Ntate Gwangwa’s Stroll” is a slow-burning blues tribute to Jonas Gwangwa, the late trombonist who was an artistic embodiment of South Africa’s struggle for freedom and cultural expression under apartheid, and another of Jiyane’s mentors. On it, horn contemplations ooze over pensively paced percussion, spreading like raw honey over steaming uJeqe.

“When I started playing trombone,” Jiyane explains, “the players I studied and listened to weren’t South African: JJ Johnson, Curtis Fuller, Albert Mengelsdorf, et al. I then started researching South African trombone players, and what I found in Mosa Jonas Gwangwa’s body of work blew me away. What Ntate Jonas did as a composer, arranger, producer and freedom fighter is very close to my heart. We share the same bone.”

“Life Esidimeni” tells the story of the unfathomable tragedy of the deaths of 143 people, from starvation and neglect, in South Africa’s state-run psychiatric facilities. The refrain “lendaba ibuhlungu” (this story is painful) rings through a song which expresses solidarity with those society has forgotten, and rises toward a crescendoing ending that performs a catharsis so exultant as to appear almost miraculous, carrying all with it—grief, pain, love, beauty—in a great, humanizing flood.

The album closes with “Moshe,” a song so beautiful that it escapes whatever words I may be able to hold up to it. Suffice to say, the track’s vocals open up unexpected vistas, speaking in tones that offer a direct line to the universality at the core of all music. Phrases that have previously been gestured toward find their full expression here, and the call and response between the various instruments catalyses something elemental, like wind speaking to fire, like water writing poems for the earth.

And through it all—five songs in just under 45 minutes—the album is punctuated by fingers scratching on bass strings, the breath of life issuing through wind instruments, and Jiyane’s own spontaneous exclamations and encouragements. It all brings to mind the Japanese aesthetic of wabi-sabi, a worldview centered on the beauty and acceptance of transience and imperfection. Brought fully to life by its tiny, organic imperfections, UMDALI is as unlikely and miraculous as a Barberton daisy blooming through a cracked Benoni sidewalk.

This is both a jazz album, and an overheard conversation between artists, a musical dialogic. UMDALI is the soundtrack to mentorship, comradeship and connection. It slips the restricting binds of genre and expectation, and shows that the greatest gift the elders offer is not didactic or dogmatic, but emancipatory in nature. It shows us that talent—and genius—will out. There is a new star in the southern sky. 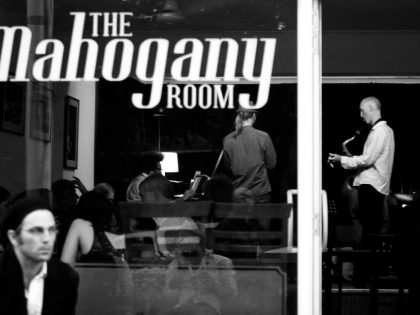 An ode to The Mahogany Room, the pre-eminent live jazz venue in Cape Town, South Africa. 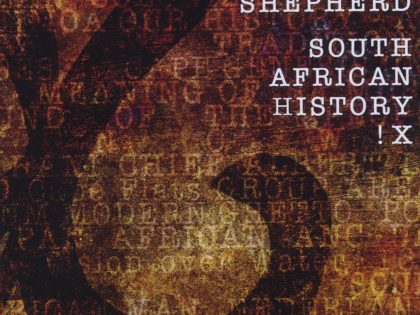 The pianist, Kyle Shepherd, loathes labels, especially of him as the architect or savior of Cape Jazz, the music associated with Cape Town.