Savo Heleto writes this in his personal capacity. This article was submitted as a comment on the “Prevention and Combating of Hate Crimes and Hate Speech Bill” to the South African Parliament.

South Africa has been ravaged by colonialism, apartheid, and white supremacy for centuries. Academia and higher education have been tools of white supremacy and exclusion during colonial and apartheid times, with universities and academics propagating racist and bigoted ideas and Eurocentric hegemony.

The draft “Prevention and Combating of Hate Crimes and Hate Speech Bill,” introduced in 2018, proposes to allow academics, scholars, and researchers in South Africa to promote racism and bigotry unabated. The bill describes hate speech as “a clear intention to . . . promote or propagate hatred” based on race, gender, sexual orientation, or other differences. The bill states that this definition—and its associated consequences—will not apply “if it is done in good faith in the course of engagement in . . . any academic or scientific inquiry.”

As noted in the draft bill, section 16 of the South African Constitution protects the right to freedom of expression. This includes “academic freedom and freedom of scientific research.” However, section 16 of the Constitution adds that the right to freedom of expression does not extend to “advocacy of hatred that is based on race, ethnicity, gender or religion, and that constitutes incitement to cause harm.”

If the constitution does not extend the right to researchers and academics to promote or propagate hatred based on race, gender, religion, ethnicity, or anything else through academic and scholarly work or engagement, why is the Hate Crimes and Hate Speech Bill contradicting the constitution and proposing to shield academics and scholars who propagate racist and bigoted ideas? This exception will contribute to the abuse of academic freedom by some in academia in order to propagate hatred, prejudice, bigotry, or the oppressive, racialized status quo.

Academic freedom cannot be used as an excuse to maintain coloniality, epistemic violence, and white supremacy. Racist and bigoted ideas have no place in academic, scientific, and scholarly engagement anywhere, and particularly in a country such as South Africa, where racism and white supremacy have left deep scars and structural inequalities and injustices.

During colonialism and apartheid, the education system was “inherently ethnocentric and racist” in that it approached Black people through a “deficit model” that saw them as backward, uncivilized, and in need of tutelage and saving by whites. While promoting Western ideas and assumptions as “universal,” colonizers destroyed and “delegitimized other ways of knowing as savage, superstitious and primitive.” Colonial and apartheid regimes, helped by South African universities and much of white academia, ensured that Black people were for centuries receiving a “sheer travesty of education, designed to prepare Black children for perpetual serfdom as the servants of their high and mighty white bosses and mistresses,” as Desmond Tutu pointed out in his book, No Future Without Forgiveness.

Long after the end of apartheid, many in South African academia continue to assert that Western knowledge systems “constitute the only basis for higher forms of thinking.” At the same time, they consider the ideas, theories, and knowledge “produced from the social/historical experiences and world views of [the African continent and] the Global South . . . as inferior and not part of the canon of thought.”

White supremacy, Eurocentric hegemony, and epistemic violence propagated at South African universities are rooted in the racialized logic that sees people outside the Western and settler-colonial world, and especially Black people on the African continent and in the diaspora, as uncivilized, lesser human beings. As highlighted by Kenyan writer Ngũgĩ wa Thiong’o, the colonial and apartheid control of education had as its goal the establishment of “psychic dominance on the part of the coloniser and psychic submission on the colonised.” Its epistemological paradigms, enforced through colonial and apartheid racist oppression and “established through epistemicide,” continue to dominate university curricula and thinking about what constitutes knowledge. Often, the notion of academic freedom allows academia to continue with “business as usual” and propagate oppressive ideas, discourses, and lies—and maintain almost entirely the white curriculum.

This is nothing but racism that follows the centuries of white supremacist assumptions that white people are superior and Black people inferior. It is bewildering that in a society that continues to grapple with structural inequalities and injustices rooted in colonialism, apartheid, and white supremacy, the proposed legislation seeks to allow the promotion and propagation of hatred when done as part of academic inquiry. What the draft Hate Crimes and Hate Speech Bill is proposing will legalize and allow racism and bigotry as long as the racists and bigots can show that they are promoting and propagating hate speech “in good faith” (whatever that means) and as part of their academic research or engagement. This is happening at a time when South African universities should be working hard to dismantle Eurocentric hegemony in higher education in order to radically rethink “inherited narratives and frameworks” rooted in white supremacist ideas, beliefs, and colonial conquest.

Farhana Sultana points out that academic freedom is “founded on the principles of scholarly rigour, which involves engaging with theories and methodologies, and demonstrating competency of ideas that have been debated.” Racism, on the other hand, is based on long-discredited and harmful white supremacist ideas, beliefs, and worldviews. Yet, the Hate Crimes and Hate Speech Bill proposes to shield white supremacists, racists, and other bigots in academia.

Freedom of speech and expression, including academic freedom, can never be unconditional. The right to free speech and expression ends—or should end—when someone else’s human dignity is violated by the expression of hateful ideas. Eusebius McKaiser notes that stopping the “moral violence of epistemic erasure that is inflicted on society daily in the South African academy under the guise of academic freedom” must be a prerogative of university administrations. One of the most important aspects of academic freedom today should be the “freedom to challenge racist ideas and oppressive policies and practices through critical debate and dialogue,” instead of defending racist and oppressive colonial and apartheid knowledge systems and shielding their promoters.

Since the mission of universities and academics is to create new knowledge, it is of paramount importance to have a “multiplicity of voices, including those of intellectual dissenters” in institutions of higher learning, as highlighted by Adam Habib, Seán Morrow, and Kristina Bentley. This allows for critical engagement and contestation of ideas in the quest for new paradigms, ideas, theories, and knowledge. However, while having freedom to contest ideas is of utmost importance for academics, researchers, and universities, white supremacy, racism, and other forms of bigotry have no place in institutions of higher learning and in academic books and journals.

Those who continue to maintain coloniality, Eurocentric hegemony, and white supremacy cannot be considered mere “intellectual dissenters.” Propagation of colonial and apartheid lies and white supremacist ideas in South Africa (and elsewhere) cannot be part of “ideological pluralism that promotes critical engagement.” These ideas have been part and parcel of oppressive white supremacist systems and horrific crimes against humanity. Those who continue to spew their racist ideas, dogmas, and tropes cannot be protected by the notion of academic freedom, or by the Hate Crimes and Hate Speech Bill. There must be a line somewhere. 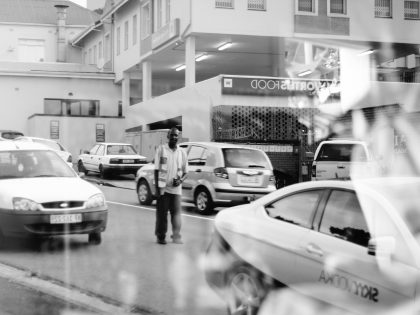 If we stop using terms to describe race at all, we risk undermining our struggle to eliminate racism. 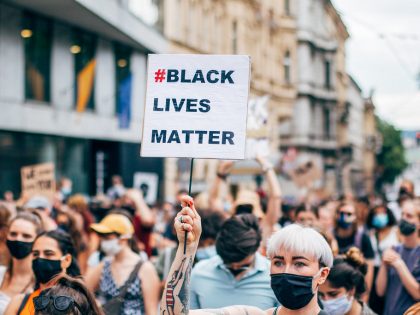 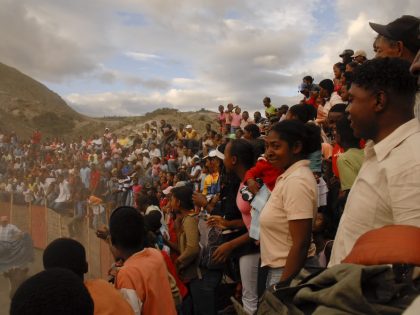 The renewed focus on the struggle for Latin American Afrodescendant rights. A conference report.