With the death of the singer Alemayehu Eshete on September 2, Ethiopia lost another musical icon, just a few months after the passing of mandolin player Ayele Mamo and the innovative producer Amha Eshete. These figures, along with Mulatu Astatke, the late Getachew Mekurya, Girma Beyene, Wallias Band and others were pioneers of Ethio-groove, the unique synthesis of Eastern Europe brass, African American funk and Ethiopian pentatonic melody which burst out of Addis Ababa in the late 1960s and early 1970s. It still moves Ethiopians emotionally—and on the dance floor—to this day, and remains one of the country’s most successful cultural exports.

While we mourn the loss of these pioneering artists our melancholy should be tempered with the recognition of just how influential they remain on both the local and global music scene, and how ingeniously they worked around huge obstacles to found a unique Ethiopian sound. Amha, for example, was one of the first to start importing American soul and funk into Ethiopia in the 1960s, alongside new music from Kenya, Sudan, and India. He soon moved on to producing local acts, in the face of a 1948 imperial edict from the days of Haile Selassie still in force, which granted a monopoly in music publishing and distribution to Hager Fikir Theatre, who were failing to produce anything new. The first release on his new label was Alemayehu Eshete’s debut single “Timarkialesh / Ya Tara”  in 1969, which Amha cannily had pressed in India to work around the ban on independent production. The single was an immediate success in Addis Ababa, and Amha went on to produce 103 singles and 12 LPs by local artists between 1969 and 1975, putting Ethiopia firmly on the contemporary musical map.

But this fecund era for Ethio-groove was all but stopped in its tracks in the mid-1970s, following the overthrow of Haile Selassie, a devastating civil war and the installation of the hardline communist Derg regime, which significantly diminished this musical momentum. Like many in the music scene Amha was driven into exile, first to Greece and then the US. He wouldn’t return to the country for 19 years.

With the fall of the communists in 1991, the scene that Amha and many others had helped create was revived from the late 1990s, and today new generations of musicians in Addis Ababa, such as Kaÿn Lab, Addis Acoustic and Samuel Yirga perform those grooves in the many venues of the buzzing capital. The up-and-coming artist Kassmasse has shown that this vintage musical repertoire can also find a home outside the traditionally defined Ethiopian groove and jazz.

It wasn’t until several decades after its 1970s highpoint that Ethio-groove caught the attention of the West. The two key factors were, first, the reissuing of Ethiopian records, which began in 1986 with Mahmoud Ahmed’s Ere Mela Mela and gained momentum in the 1990s and 2000s with the best-selling Ethiopiques series. Second, in the mid-2000s, non-Ethiopian bands became interested in Ethiopia’s popular music, and new groups formed that were dedicated entirely to the genre. They started recording original Ethio-grooves and writing their own. According to guitarist and producer Girum Mezmur, one of the musicians who drove the resurgence of Ethio-groove in Addis Ababa, “you can no longer tell, whether someone in Europe or someone in Ethiopia is playing it.”

At least a dozen non-Ethiopian bands are performing Ethio-groove in different parts of the world, and some influential Ethiopians are collaborating with some of those musicians from outside the country. The Paris-based band Akale Wube specialise in authentic-sounding versions of Ethio-groove classics such as Alemayehu’s “Addis Abeba Bete” and work with Girma Beyene. Mulatu Astatke keeps his music evolving in collaborations with the Australian band Black Jesus Experience and The Heliocentrics from the UK. Getachew Mekurya fused his saxophone melodies with punk-rock in his collaboration with the Dutch band The Ex. And songs from the golden period of Ethio-groove have even been sampled by rap notables Nas & Damien Marley, The Game, K’naan and others.

Alemayehu, Amha and Ayele’s generation created a cosmopolitan fusion—heavily influenced by the sounds of James Brown, Motown, Latin and jazz, but woven into a distinctly Ethiopian tapestry—and sent it back into the global music stream. Though the original generation is passing on, the genre keeps evolving through covers by Ethiopian and non-Ethiopian bands, and new compositions that extend the repertoire. This music is not an artifact stuck in time, but a globally evolving genre. This thought should console us as we pay our respects to the golden generation of Ethio-groove pioneers.

It’s never just about the music

Vinyl reissues are about engaging in a fight against forgetting much more than music. Gideon Nxumalo and Spirits Rejoice’s music is transcendent of repressive daily conditions. 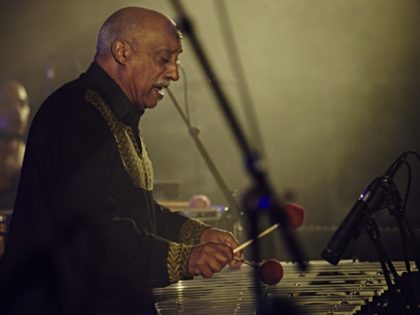 Mulatu Astatke is a legend

When the author heard Astatke’s music, it was like listening to hip-hop for the first time. 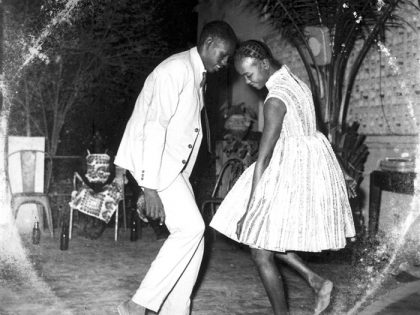 The Scramble for Vinyl

The trend among rare-groove DJs to make money of “discovering” and “rediscovering” old vinyl in Africa and then rereleasing the music under their own labels.