At the end of the Netflix film Adú—directed by Salvador Calvo, the 2021 winner of three Goya Awards (the Spanish Oscars)—a card flashes on screen: “In 2018, more than 70 million people abandoned their homes in search of a better world. Half of them were children.”

Without giving too much away, Adú tells the story of a Cameroonian boy of about ten years old who, with his older sister, witnesses a crime outside his village that sends both of them on a precarious journey. They have seen an illegal hunting expedition for the acquisition of elephant tusks. The poachers try to capture the children to get rid of the evidence, but Adú and his sister manage to escape. Their flight becomes part of a narrative we have read and seen often in the news: children seeking “a better world” outside of Africa.

Simultaneous to Adú’s travails are two related dramas. The first is about a Spanish policeman accused of causing the death of an African who tries to cross the barbed-wire barrier between Morocco and Melilla, a small Spanish city on the Moroccan coast. The second drama follows an intrepid NGO worker committed to saving elephants. In his whiteness, this NGO worker’s problem is that he can’t seem to leave Africa, even though we get the impression that it would be a good idea for him to do so given his neglect of his wayward daughter in Spain who comes to Africa for a visit. These three plot lines, as disconnected as they seem, artfully converge in the end, reminding us of another filmic depiction of globalization in all its woes: Babel, the 2006 film directed by Alejandro González Iñárritu.

The problem with Adú, notwithstanding the noble intention revealed in those final words, is its understanding (or lack thereof) of the social-historical circumstances that inform its fiction.

Poaching elephant tusks is indeed worthy of attention, but we might want to ask why it attracts so much interest in relation to other problems perhaps more relevant to the issue of migration out of Africa. In the case of Cameroon, there is a major, ongoing conflict. Covering this conflict has not been a priority for many news outlets, despite the fact that it provides insights as to why there has been a sharp increase of Cameroonian emigrants and refugees in the last few years—many of them children. According to the UN refugee agency, UNHCR, the refugee population of Cameroon has reached 60,000 or more, largely because of the insurrection in the Anglophone area that has intensified since 2016. This conflict, which some call a civil war, has its origins in the colonial division of the country in the aftermath of the First World War, a division which made for gross disparities in access to natural resources. In 2017, as a consequence of the guerilla campaign for the independence of the Anglophone area, the government declared war on the separatists. The fact that most of Cameroon’s oil is located off the coast of the Anglophone region is at the heart of the problem, even though many European sources prefer to emphasize cultural differences.

The makers of Adú chose not to deal with the refugees of the separatist war, and I admit that it is aesthetically unfair to criticize them for the omission. But as is often the case with cultural works about Africa produced from the subject position of Europe—and this film is no exception—our understanding of complex issues suffers because of such omissions. In fact, the lack of a historical perspective contributes to misunderstanding and could even exacerbate the problems it exposes. While Calvo’s depiction of the horrific border reality separating Spanish Morocco from national Morocco is perhaps more in keeping with what many consider the social and racial reality of Melilla today, his portrayal does not encourage spectators to ponder the fundamental question: what accounts for the urge to leave Africa? The images of Melilla are compelling—the Mt. Gurugu detention center, the fence preventing would-be immigrants from entering Spain, something like Trump’s wall. And the abuses of the Spanish police force in charge of protecting the city from the African onslaught are equally disturbing and accurately portrayed. But just like the controversy over Trump’s wall and the media portrayal of it, Adú considers the social-historical context of this fence and the travails of Adú’s departure to be something too opaque to deal with in a series of stories whose main aesthetic ingredient is pathos. And pathos seems to be what viewers respond to.

I hesitate to criticize Calvo too strongly for not creating the film that I would like to see. But even within the parameters of literary-film conventions, Adú remains problematic. For all its purported realism—the depiction of all those “huddled masses yearning to breathe free”—it falls within two difficultly synthesized genres: thriller and tragedy. The trick of a thriller is to make all those action-packed segments look real, to heighten as much as possible our suspension of disbelief. Among the most memorable of those segments in Adú takes place on a passenger plane bound from an airport in Cameroon to God knows where in Mauritania. Adú and his sister manage to stow themselves away in the bowels of the plane, close to the wheels. As I watched, my rear-end was on the proverbial edge of my seat with fear and empathy, along with—I imagine—the rest of the spectators in the theater. But were those images believable? If we took Calvo to task for subjecting his lovable underage characters to this kind of horrific adventure, he could cite several news items in the last few years that tell stories of Africans who have endured similarly harrowing experiences on planes to Europe; some have died, others have made it. Still, for those of us seeking understanding as well as an exciting story, it’s a matter of proportion. Is that the standard means of transportation used by the 70 million people looking for a better life? To Calvo’s credit, his Adú later crosses the barrier between Morocco and Spanish Melilla by a makeshift boat, much more in keeping with contemporary reality. But again, the social-historical questions are missing.

Speaking of empathy, Adú would have pleased Aristotle, whose formula for tragedy Calvo has taken seriously: virtually all the emotions that his film arouses—suspense, fear, pity, and empathy—come from Aristotelian tragedy. The film’s end could not be more cathartic: the more tears, the better. We leave our seats emotionally exhausted and “purged.” Indeed, watching the film has relieved us of a major existential burden, while the reality of the situations we just witnessed goes unquestioned.

The solutions to the problems of global emigration and immigration have to begin with historical understanding and with an attention to perspective that acknowledges other subject positions. I fear that the many spectators of Adú whose eyes watered as they watched the film believe that their tears have relieved them of responsibility. If so, they are tragically mistaken. 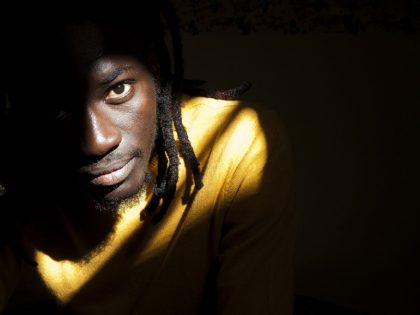 A Short film about African migrants in Barcelona

How does one hold on to a deeply rooted sense of self, a cultural identity, and make new paths to adapt and make new forms of home? 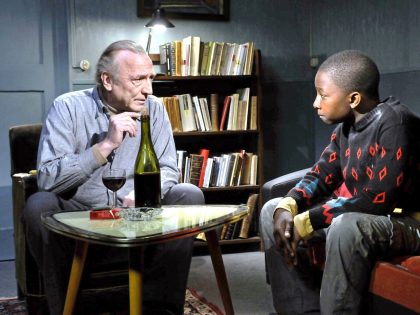 A remarkable amount of new films in recent months have used migration, detention and illegal sea crossings as their subject matter.