The film Mandabi (1968) is based on a novel of the same name written by Ousmane Sembene. Set in the early days of Senegal’s independence, it tells the story of Ibrahima Dieng (Makhourédia Guèye), an unemployed middle-aged Dakarois man, whose wives Aram and Mety one day receive a money order from their nephew, Abdou, who works as a street sweeper in Paris. Over the course of the film, Ibrahima goes from one bureaucratic office to another, encountering many relatives and friends on his way, as he tries to get the correct papers in order to cash the money order. Ultimately, he is deceived by a relative, the suit-wearing Mbaye, who swindles him out of the money as well as forces him to sell his house to pay off his debts.

Mrinal Sen’s film Interview (1970) is an adaptation of a story written by Ashish Barman. Set in late-1960s Calcutta, against the backdrop of the Naxalbari uprising, the plot follows Ranjit Mallick, who works as a writer for a left-wing publication, but is looking for a more lucrative source of income. Ranjit’s uncle, a picture of middle-class “dignity,” finds him a job with a British firm, and all Ranjit has to do is to show up to the interview in a Western-style suit. The film then follows Ranjit’s attempts to procure such a suit in the chaotic streets of Calcutta, reeling from economic strife. His quest ends in failure, and he does not get the job.

The similarities between these two narratives are plain to see—both are stories about the struggles of an emergent postcolony, depicted through the struggles of working-class men trying unsuccessfully to integrate themselves into the economic setup around them. Not only are the protagonists in both cases vying for some share of foreign money (the money order in Ibrahim’s case, the job with the foreign firm in Ranjit’s), but also their attempts are rendered futile by the end of the movies. This points to an important dynamic in the postcolonial contexts of Senegal and India—that the political promises made to working-class sections of the society were eroded over time due to powerful neocolonial influences (of France and Britain), and a compromise struck whereby a Westernized middle-class was financially enriched at the expense of a politically expedient and economically over-exploited working-class.

The economic contexts of postcoloniality, in Senegal and India, were similar. Both countries came to independence through movements that are not traditionally understood as radical, in contrast to revolutionary struggles for independence in other colonized countries such as Vietnam, Algeria, or Angola. In both contexts, a political party sought to form a wide-ranging coalition that cut across left/right and ethno-religious differences. The Union Progressive Senegalaise and the Indian National Congress were at once was dependent for finances on wealthy, landed, powerbrokers (the landlords of India and the marabouts of Senegal) and paid lip-service to left-wing organizations and ideologies like peasants’ organizations (Mamadou Dia’s rural socialism and the Societes Indigenes Prevoyance in Senegal; the All India Kisan Sabha in eastern India) and trade unions (the Rassemblement Democratique Africain in Senegal and the All India Trade Union Congress) in order to retain mass support. Such a complex alliance naturally made the governments, in both cases, resistant to promulgating wide-ranging land reforms, ultimately stalling the road to industrialization, and leaving them dependent on the influx of foreign capital for development.

Within these strikingly similar economic contexts, Mandabi and Interview show the dangers inherent in the lure of foreign money. The intrusion of the French money order transforms all the social relations that Ibrahima Dieng had cultivated around him. Suddenly, all his neighbors can think of is how to obtain some of the foreign money for their own purposes. The desire for the Westernized executive job transforms how Ranjit thinks of himself, and especially of his previous job as a journalist and editor for a left-wing publication. He is unable to resist the British job that requires him to compromise, not only with his economic ideals, but quite physically, with his cultural identity, and don a suit in place of his dhoti-kurta.

Both movies highlight the precarious independence that most of the postcolonial world experienced, and, by shifting the emphasis from “postcolony” to “neocolony,” foreground the economic networks upon which, ultimately, any such distinction must be based. The ascription of neocolonial agency must be made, not based upon political expediency, but rather, on the amount of economic influence that a state and its institutions wield. 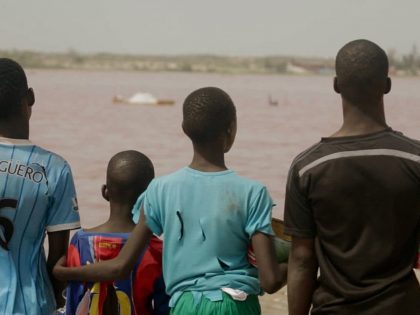 The 24th edition of the New York African Film Festival put Senegal in the spotlight, featuring five short films from there. 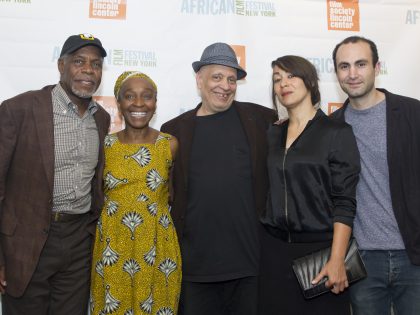 New Ways of Seeing The World

An interview with director Tala Hadid and producer Danny Glover of “A Narrow Frame of Midnight,” set amidst political turmoil in Morocco. 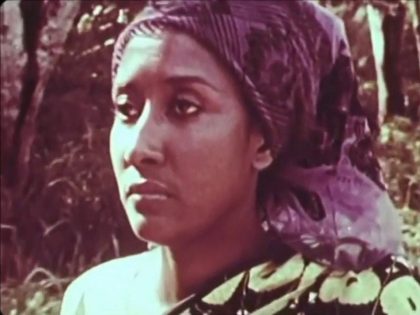 The films of Sarah Maldoror

Maldoror on filmmaking: “To make a film means to take a position … I make films so that people—no matter what race or color they are—can understand them.”