Robert Mangaliso Sobukwe took his final breath on February 27, 1978 in Kimberley, South Africa. Sobukwe was a man on a divine mission, one whose uncompromising dedication to the liberation of the African people shook the racist state of apartheid South Africa to the core in March 1960. Sobukwe organized one simple action: He mobilized the oppressed and dispossessed African masses to leave their dompasses (the colloquial name for the internal passports black Africans had to carry to access white-only areas and to justify their presence in urban areas) at home and present themselves for arrest at their nearest police station. Police responded by shooting to death 49 protesters and wounding hundreds.

The international condemnation against white South Africa was swift; Sharpeville represented a turning point in the struggle against apartheid. Sobukwe had catapulted his movement, the Pan-Africanist Congress (PAC), to the forefront of the resistance. (One year earlier, he had formed the PAC after breaking away from the African National Congress.) For Sharpeville, Sobukwe was sentenced to three years in prison. At the end of his sentence, he was interned on Robben Island for a further six years, under the unprecedented Sobukwe clause which was passed to keep him in prison indefinitely. On his release, he was banished to Kimberley, where a decade later, stricken with cancer, he died.

But if Sobukwe had lived, what would his future have been? And what might South Africa look like, had we followed his political principles and ideals?

After leaving the University of Fort Hare where he cut his teeth politically, Sobukwe became a teacher in Standerton, in what is now Mpumalanga province, and later taught African languages at the University of the Witwatersrand in Johannesburg. In April 1959 he was elected president of the PAC at its founding.

At his trial post-Sharpesville, Sobukwe told the judge that he “felt no moral obligation to obey the laws that have been made by a minority in this country … An unjust law cannot be justly applied.” Sobukwe simplified a problem that eluded many in the political climate of racist and racialized South Africa: African freedom fighters worried themselves about accusations from whites that they were also “racist”, because whites only “meant well.” “If whites believe that Africans hate them, it behooves them to remove the source of or the reason for the hatred,” Sobukwe said.

What is not well known of Sobukwe was that in his prison letter and correspondences, Sobukwe displayed the opposite of what many of his political foes had accused him of being—anti-white. From his close friendship with journalist Benjamin (“Benji”) Pogrund, who would later write Sobukwe’s biography, and prominent white liberals like Leo and Nellie Marquard whom he would frequently write to and engage on a wide range of topics from politics, literature, and theology and about their personal lives. Officially, the PAC was fiercely critical of white liberals, so one would expect Sobukwe to not engage with them, but he did the opposite: He was gracious and kind in line with his political principles that Africans do not hate white people solely because they are white, but that they identify them with their oppression.

In outlining the position of the Africanists in their disagreement with the leadership of the ANC,  Sobukwe described the Freedom Charter (the document adopted as a manifesto by the ANC and its allies in 1955) as “a colossal fraud ever perpetrated upon the oppressed, exploited and degraded people. It clearly bears the stamp of its origin. It is a product of the slave colonial mentality and colonialist orientation.” Sobukwe believed that instead of replicating an already existing democratic structure of decision-making copied from the West, change in South Africa required the re-constitution of the already established norms and a complete overhaul of the oppressive capitalist system. This included the restoration of the land to its rightful owners—the Africans. The only economically just thing to do in a post-apartheid South Africa would first be the “establishment of an economic equilibrium by downsizing the top and uplifting the below so that all meet at the equilibrium from which all will grow.”

Politics in post-1994 South Africa have become a politics of dishonesty, as they were in the past when a social contract had been woven using rhetoric and a false understanding of non-racialism. This very rhetoric is given legitimacy through concepts such as the rainbow nation, apparently having “the world’s best constitution”, all to sustain the myth of  “a South Africa alive with possibilities” at the expense of the black majority, who continue to be disenfranchised until this day.

The Truth and Reconciliation Commission made apartheid the primary and only basis of the struggle waged by the African people. Specifically, the TRC dealt with human rights abuses from period between 1960 and 1994. As for land, it treated the 1913 Land Act as year zero—as if the wars of land dispossession of the African people started then.

Sobukwe addressed this in his first speech as the president of the newly formed PAC. On August 2, 1959, Sobukwe foreshadowed the incompleteness of a negotiated settlement to apartheid, one that would ultimately come to be spearheaded by the ANC. In that speech, Sobukwe already observed that, “This captured black leadership claims to be fighting for freedom when in truth it is fighting to perpetuate the tutelage of the African people…It has completely abandoned the objective of freedom. It has joined the ranks of the reactionary forces. It is no longer within the ranks of the liberation movement.”

Mangi, as his wife Veronica fondly called him, was a tall lanky fellow who was always full of life, endowed with  a toughness of spirit, sharpness of mind and intellectually discipline and training. Though not a usual politician, he was the embodiment of virtuous political leader. He forms part of a tradition of Africanist leaders and thinkers who defied the undefinable racist regimes and as ZB Molete, the former secretary of publicity of the PAC, once remarked, that “Sobukwe belonged in a class of popular but lonely leaders who are distinguishable by their devotion, dedication, and determination.”

Sobukwe was not afraid of isolation or suffering (on Robben Island, authorities deliberately isolated him from other prisoners) and he was not afraid to stand alone in principle. He belonged to a class of thinkers who considered the political argument of restoration and restitution as inseparable from the struggle against psychological domination. He was a university lecturer, and his wife was a qualified nurse. He could have lived a comfortable middle-class life with his family. But Sobukwe chose to “starve in freedom rather than to live in opulence in bondage.”

In a poem dedicated to him and in remembrance of this great man Don Mattera wrote that:

Lay him down on a high mountain
that he may look
on the land he loved
the nation for which he died.

Who is afraid of Robert Sobukwe?

AIAC Talk explores the life, thought and legacy of the pan-Africanist and anti-apartheid revolutionary, Robert Sobukwe. 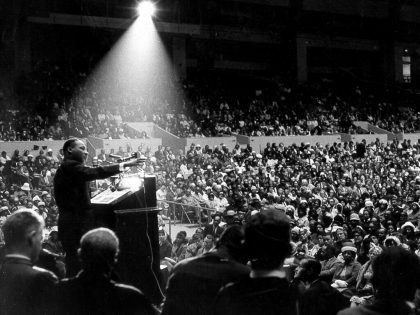 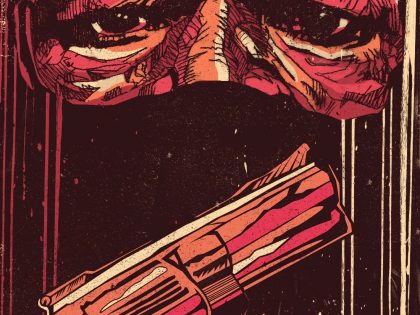 The members of Johannesburg rock band, The Brother Moves On, see themselves as Pan-Africanists.