Burkina Faso’s single railway line originates in Abidjan, Cote d’Ivoire on the Atlantic coast and runs northward 600 kilometers to the capital and largest city, Ouagadougou. The railway was established by the French colonial administration and its route remained unchanged until Thomas Sankara came to power in Upper Volta in 1983 through a military coup. In 1985 his government began work on extending the rail line northward. Included in this effort was what become known as the “Battle of the railways.” Citizen-workers from villages along the planned route competed in squads to clear the roadbed and lay 100 kilometers of track to connect Ouagadougou with the town of Kaya. The initiative was Sankara’s vision of development by and for the people.

Sankara’s ultimate goal for the railway line was to continue it farther north to Tambao, on Burkina Faso’s border with Niger, where the region’s largest Manganese deposit remained largely inaccessible by road and, therefore, unexploited. The revolution to transform Burkina Faso into a truly independent, self-determined nation cohered socially and politically required capital, and Sankara envisioned manganese as part of the means to that end. The people’s inspired work on the railway line ceased on October 15, 1987, the day Sankara was assassinated and his government was ousted in a coup orchestrated by Blaise Compaoré.

The 2019 film Sankara n’est pas mort (Sankara Is Not Dead), part of this year’s New York African Film Festival, tells a story situated in the euphoria of the 2014 People’s Revolution in Burkina Faso that ended Blaise Compaoré’s 27-year grip on the country. Writer and director Lucie Viver’s film is a beautifully shot and expressively scored portrait of Burkina Faso and its people in this moment of uncertain yet hopeful change. It integrates poetry and travel writing, with splices of Sankara’s speeches and footage of the 2014 revolution to capture people’s experiences in the aftermath of the uprising.

Bikontine, the film’s protagonist and narrator, has concluded his preparations to leave the country for Europe, when he is swept up in the mass demonstrations against Compaoré and the subsequent celebrations for the end of his regime. Still restless but resigned to remain in the country, at least for the moment, Bikontine embarks on a journey of discovery through his native Burkina Faso—the Land of the Upright Men—from south to north by railway, that would end at the stretch of track abandoned in the wake of Sankara’s murder, short of its destination in Kaya.

At the heart of the film are conversations between Bikontine and the people he encounters in the city, towns, and rural villages along the tracks of his journey north. During his brief moments engaged with them, he immerses himself in their work. These seemingly ordinary people are revealed to be extraordinary through their conversations with Bikontine and the stories they tell of themselves and their lives in the country.

What adds to the film’s richness is its revelatory take on Sankara’s memory and legacy without centering him in the narrative. His speeches and quotes are woven into scenes as backdrops that shape the mode of the film. Still, Sankara’s immense meaning for the country and its people grow increasingly evident to viewers and to Bikontine as his journey progresses.

The film’s subtext is the evident failure of Compaoré’s mission to erase Sankara from public memory. Through what he called the “rectification period,” Compaoré reversed Sankara’s economic initiatives and innovations in the country. He dismantled Sankara’s mobilization schemes to build schools and health clinics, and Sankara’s visionary project to make Burkina Faso reliant on its own resources for its development. Burkina Faso was reduced, once again, to Western dependency. To further strip the country of Sankara’s influences Compaoré jailed, tortured and forced into exile those who had been loyal to Sankara.

Yet, as the film’s title declares and its story evinces, Sankara is not dead. He helped inspire the people toward the 2014 revolution that brought down Compaoré’s regime and the 2015 mass demonstrations that ensured a democratic transition. These are les enfants de Sankara. They reflect a wave of anti-authoritarianism in the Global South. Through art, popular culture, and a revived interest in Sankara’s speeches and writings, Sankara has emerged as both a lesson on the uncertainties of revolutionary change and the possibilities for people-centered development for the present and future. 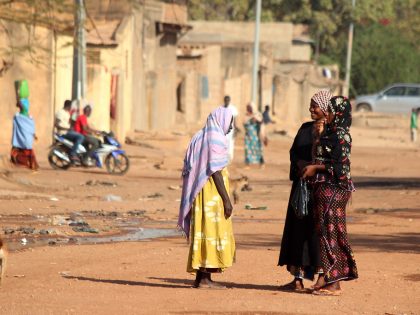 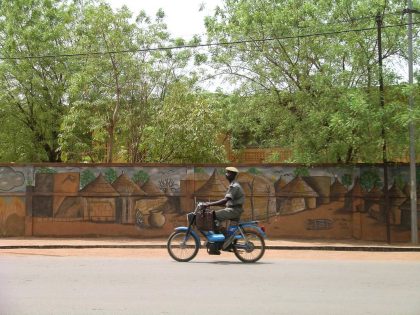 What next for Burkina Faso?

The post-coup power struggle is between factions of the military with very different interests and goals. 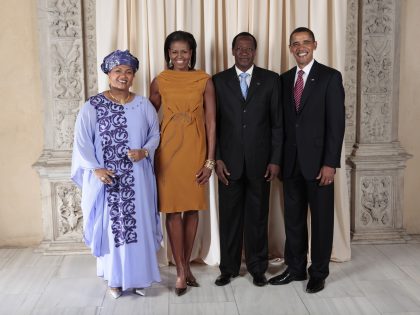 A French Communist MP announced he would press the French National Assembly to create an inquiry commission to investigate the 1987 assassination of Thomas Sankara.