In the early 1990s, the Tanzania Media Women’s Association (TAMWA), a civil society organization of women journalists, embarked on a major campaign against gender-based violence. They were “jolted” into action, to quote a special 1992 issue of TAMWA’s feminist Sauti ya Siti magazine, by the death of University of Dar es Salaam student Levina Mukasa on February 7, 1990.

Levina’s picture circulated widely in Tanzanian and Pan-African media in the early 1990s. In its 1992 special issue of Sauti ya Siti about gender-based violence, TAMWA published a drawing of Levina’s picture.

If the photograph symbolized Levina’s tragic death and the problem of violence against women in Tanzania, the illustration would come to symbolize her legacy as the impetus behind a national movement against gender-based violence and would serve as a reminder of the costs of sexual harassment in Tanzanian institutions of higher education.

What happened to Levina?

In an issue of Sauti ya Siti published in early 1990, journalist Chemi Che-Mponda outlined the University of Dar es Salaam’s failure to respond to Levina’s repeated complaints of sexual harassment and her subsequent death by suicide.

Levina’s aunt and university lecturer, Dr. V. K. Massanja, explained that her niece’s problems began when she refused to attend a ball at the Silver Sands Hotel with engineering student Mark Victor. Victor responded angrily and followed Levina back to her room. When Levina reported the incident to the student government, Victor claimed to have been drunk and apologized.

The next day, the incident at Silver Sands was publicized through a clandestine satirical literature group called PUNCH. PUNCH published dehumanizing, pornographic material about women who refused their sexual advances.

Members of PUNCH, including engineering student Omari Sarota, threatened to publish worse things about Levina if she continued to refuse their sexual advances. The group also threatened women students seen in the company of Levina, which led to her social isolation.

On February 3, 1990, Omari Sarota forced his way into Levina’s room. Levina escaped and knocked on the janitor’s door, who escorted her back to her room and waited outside to ensure her safety.

Levina reported the incident to her hall manager and the Dean’s office, to no avail.

In a special issue of Sauti ya Siti about gender-based violence published in November 1992, Chemi Che-Mponda chronicled an emergency meeting that was held by women students, lecturers, staff, and other university residents on February 9, 1990.

They declared that the entire university community was complicit in Levina’s death, and accused the administration of not taking appropriately punitive action in cases of sexual harassment and assault on campus.

They called on the university to suspend Victor and Sarota and to dismantle PUNCH. They also demanded that officials who were negligent in responding to Levina’s complaints resign from their posts.

Sarota was expelled from the university in 1990, but allowed to return in 1991. Despite an uproar among women’s groups, PUNCH continued until late 1990, when it was banned for publishing demeaning material about then-president Ali Hassan Mwinyi.

On November 27, 2018, lecturer Vicensia Shule controversially spoke out against sexual harassment at the University of Dar es Salaam on Twitter.

Shule appealed to President John Magufuli, who was on campus to open a new library:

Father Magufuli, you have entered the University of Dar es Salaam (UDSM) to inaugurate a modern library. Sexual harassment is happening at an alarming rate at UDSM. I wish that you would have accepted my invitation to meet with you, but your security disregarded me. I am waiting to hear from you, because I believe that the people whom you’ve surrounded yourself with are righteous and will tell you the truth.

According to an article in The Citizen, Shule’s tweet “raised a major debate on social media over the impact of sexual violence in higher learning institutions in the country.”

In response to Shule’s tweet, a disciplinary committee at the University of Dar es Salaam summoned her. She also faced backlash on Twitter from Frey Edward Cosseny, a prominent member of Tanzania’s ruling Chama Cha Mapinduzi (Party of the Revolution):

There is a prostitute named @vicensiashule who has decided to dirty the image of the University of Dar es Salaam through an accusation that it has abused women students who have been asked by male lecturers to provide sexual favors. It is my belief that UDSM will not remain quiet in responding to her.

Maybe you haven’t reached the level of university to know, but sexual harassment is ubiquitous. When I was at the University of Dar es Salaam, a woman student, Levina Mukasa, decided to take her own life. There should be accountability. Congratulations, Vicensia Shule.

The Deputy Vice-Chancellor at the University of Dar es Salaam released an updated anti-sexual harassment policy on October 18, 2019, which describes itself as “more elaborate on reporting procedures and accountability mechanisms for preventing and supporting victims of sexual harassment.”

The 2019 policy mentions an unnamed woman who died by “suicide following sexual harassment by PUNCH pipelining her following a scuffle between two male students over her misinterpreted relationships with them.”

The policy is concerning in its attribution of an “unnamed” Levina’s repeated experiences of sexual harassment to her own misinterpretations, rather than to the men who sexually harassed her or to the university’s enabling of an environment of sexual harassment and failure to respond to her complaints.

Vicensia Shule and others are continuing to discuss publicly the issue of sexual harassment in Tanzanian institutions of higher education, even participating in a Zoom meeting on June 19, 2020, that has since been uploaded on YouTube.

The lingering problem of sexual harassment in higher education highlights the urgency of remembering Levina Mukasa, and heeding the written plea of women who gathered at the University of Dar es Salaam on February 9, 1990: “Let Levina not die in vain.” 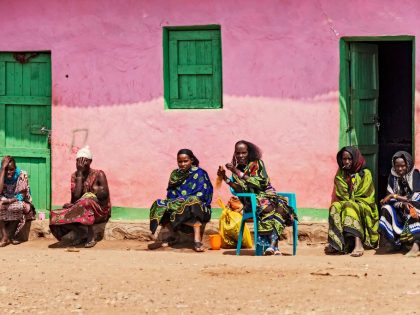 First published in 2018, Aida Edemariam’s The Wife’s Tale is an extraordinary book that will help in opening up new narratives about women’s histories. 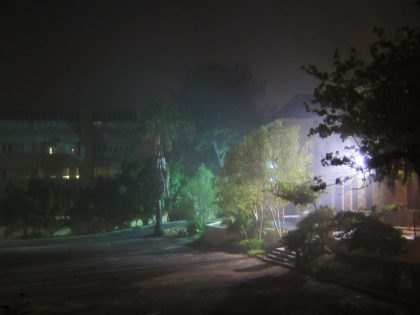