Kenya still does not provide comprehensive sex education and confidential sexual and reproductive health services to adolescents, and this contributes to the alarming local statistic that 1 in 5 teenage girls between 15-19 years is either pregnant or has had a live birth.

This post is from a new partnership between the Kenyan website The Elephant and Africa Is a Country. We will be publishing a series of posts from their site every week. Posts are curated by Contributing Editor Wangui Kimari.

One in every five Kenyan girls aged between 15-19 has had a live birth or is pregnant. It’s a mind-blowing statistic that speaks to the teenage pregnancy crisis in the country—the United Nations Population Fund estimates that there were about 380,000 cases in 2019 alone. Eighteen-year-old Patricia* (not her real name) was referred to me for legal advice, as she had one such pregnancy. Orphaned at an early age, her paternal uncle took her in but sexually abused her for several years. Today Patricia is five months pregnant and not in school, even though this should have been her final year. And while her uncle should be charged under the Sexual Offences Act—facing not less than 15 years in prison if convicted—Patricia will not testify against him for fear of losing the only financial support she has.

The month of May is dedicated to preventing and ending teenage pregnancies worldwide. But as the month comes to an end, Kenya is still not close to achieving this goal. Patricia is one of thousands of girls in Kenya stuck in a predicament caused by sexual violence, lack of information on, and access to youth-friendly sexual and reproductive health. For these girls, their education will be interrupted and their social and economic choices taken away from them.

But there are also increased health risks associated with teenage pregnancies, including physical health issues like convulsions, uterine infections and obstetric fistula—a hole in the birth canal, resulting in incontinence of urine or feces that often affects women who give birth too young—and mental health challenges like depression and anxiety. And there are risks to the unborn child including premature birth, low birth weight and other neonatal conditions. Preventing teenage pregnancies is about protecting the holistic health of both the mother and the potential unborn child, and by extension, society as a whole.

The Kenya Demographic Health Survey 2014 reported a 2% drop in teenage pregnancies over a 20-year period. This was caused by major changes in girl’s education programs and in the sexual and reproductive health and rights landscape in Kenya that made birth control and other services more accessible to teenage girls. Yet in 2014, the Kenyan Parliament shot down the Reproductive Health Care Bill sponsored by Senator Judith Sijeny, which suggested among other things, that adolescents be given unrestricted access to comprehensive sexual education and confidential sexual and reproductive health services. There was uproar around the bill, with Kenyans citing religious and cultural beliefs to reject it. But the facts betray this opposition: the same survey (KDHS) shows that about 11% of teenagers, nationwide are having sex before their 15th birthday. Kenya’s teenagers need better access to sexual and reproductive health services.

It’s not all doom and gloom though. In 2013, Kenya signed the Ministerial Commitment on Comprehensive Sexuality Education and Sexual and Reproductive Health Services for Adolescents and Young People in Eastern and Southern Africa. In 2015, the Ministry of Health enacted the National Adolescent Sexual and Reproductive Health Policy that aims to enhance the sexual and reproductive health status of adolescents in Kenya and contribute towards realization of their full potential in national development. Additionally, two months ago in March, Kenya through the National Council on Population Development (NCPD), launched the first-ever government-led multi-stakeholder campaign against teenage pregnancy dubbed “Let’s Act to End Teenage Pregnancy.”

But sex education is still not being uniformly delivered across the country. Teachers are not all adequately trained and can often pass misinformation onto the students. An African Population and Health Research Center (APHRC) study found that one in four secondary school students in Homa Bay, Mombasa and Nairobi counties thinks that using a condom during sexual activity is a sign of mistrust. The content of the curriculum is also heavily focused on content covering abstinence and sexually transmitted infections, ignoring other important topics like contraceptive use and access to safe abortion. Furthermore, a new Reproductive Health Care Bill (2019) threatens to negate the gains made on adolescent sexual and reproductive health and rights as it requires health providers to seek parental consent before providing adolescents with sexual and reproductive health services. Requiring parental consent is likely to result in an increase in unintended teenage pregnancy and unsafe abortions because teenagers may not want their parents to know about their sexual activities.

Ending teenage pregnancies will take a concerted effort of policy mixes. The judiciary must strictly implement the Sexual Offences Act. The legislature must review the issue of bride price, particularly, where teenage girls are concerned to de-incentives teenage marriages. Increased girls educational programs and opportunities created. Teachers must receive adequate training on comprehensive sexuality education. A wide range of sexual and reproductive health topics should be taught in the classroom but also parents and guardians must take the lead in providing their teenagers with correct and age appropriate information on sex. Lastly, the legislature must urgently amend Section 33(a) of the proposed reproductive health care law, to enable teenagers freely access quality, youth friendly sexual and reproductive health services. It’s time to bring down Kenya’s startling teenage pregnancy statistics. 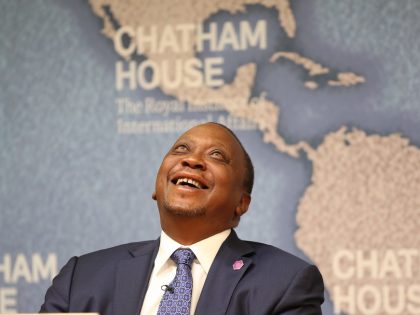 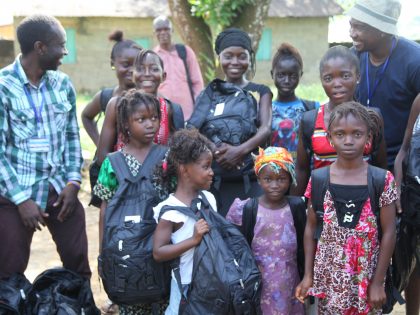 The folly of barring pregnant girls from school in Sierra Leone

One in three girls aged 15 to 19 in Sierra Leone has been pregnant or had a child at least once.