This piece was originally submitted in early March, in the aftermath of the Malawi high court nullification of the 2019 Presidential elections. Since then, the date of the new presidential election, if
it still goes ahead during the coronavirus crisis, has been set as July 2 nd 2020.

On Monday February 3, 2020, the Malawian High Court ordered the nullification of the presidential election that had taken place in May 2019. The court found “widespread, systemic and grave” irregularities, notably the widespread use of correction fluids on tally sheets. What’s more, the court stated that the current arrangement whereby the President is elected through simply having the largest vote share is unconstitutional and parliament should make arrangements for a 50+1 model to be implemented.

The judgement was hailed internationally as “historic,” displaying the independence of the Malawian judiciary and, read alongside the nullification of the Kenyan elections in 2017, setting a strong legal precedent. (Take for example, this piece in the Washington Post and this opinion from Institute for Security Studies in Africa.)

However, the judgement arrived at a moment of profound national crisis. A crisis over the very legitimacy of the democratic state itself. A crisis engendering both hope and anxiety, and one that is perhaps only just beginning.

The characteristics of Malawian electoral politics are familiar to many African contexts. Malawi held its first multi-party elections in 1994. This ended the 30-year rule of the Malawi Congress Party (MCP) in a single party state under the life President Hastings Banda. Since then, political parties, with uncertain ideological differences, generally receive support from regional support bases, with parties associated with the southern region winning every presidential election. A small number of individuals have tended to dominate politics, shifting parties and allegiances in baffling and unpredictable ways, in what social anthropology Professor Harri Englund referred to as a “democracy of Chameleons.”

In the now nullified presidential election of last May, Peter Mutharika and the Democratic Progressive Party (DPP), associated with the southern region, ended up being declared winner with just a 3.16 percent lead over MCP’s Lazarus Chakwera. However, even before the results were officially announced, both Chakwera and the leader of the other main opposition party, the UTM, Saulos Chilima, publicly disputed the legitimacy of the process. Eventually, they both challenged the legality of the election in the Malawian high court, starting the now concluded constitutional drama.

Meanwhile, their parties, the MCP and UTM, along with the NGO Human Rights Defenders Coalition (HRDC), organized countless demonstrations in urban centers. In this period, as the constitutional court case perpetually beamed out on the radio and the demonstrations persisted, it became clear that something had changed.

Violence and unrest spread and persisted across large areas of the country. While there had been incidents of violence before, the scale and scope were new. In some areas, especially in the central region, it seemed like the authority of the government was beginning to collapse.

Significantly, this also included rural areas. Living in a rural constituency in the central region, strongly associated with the MCP, I witnessed a sudden eruption of violence. On one day, houses of the ruling party (DPP) supporters were ransacked by a mob. Trucks of tense-looking soldiers sped past and plumes of tear gas could be seen in the near distance. To see such scenes in rural Malawi was spoken about as highly novel and created shock and dismay among many people I knew.

The reasons for this sudden breakdown of order are complex, but one interesting catalyst of this crisis appears to be the widespread usage of social media on mobile phones, especially WhatsApp and Facebook, by an increasingly young population. A host of sardonic and irreverent posts challenging the Malawi Electoral Commission (MEC) circulated rapidly. Whether fairly or not, Jane Ansah, the Chairperson of the MEC, and Tipex, a brand name of correction fluid, were introduced in the popular lexicon as powerful terms denoting corruption. Despite being rural, there was enough of a base of social media users where I lived, allowing national counter-discourses to develop rapidly outside of the mainstream media or the purview of the state.

This has important implications for the legitimacy of any future government. As the communications and media researcher, Levi Manda, wrote soon after the election, the “networked citizen”, this “new citizen, not the media or politicians is today’s real opposition to abuse and theft,” whether it be from politicians, chiefs, religious authorities or police.

Indeed, it is a crisis clearly over more than simply the management of the elections, but the very ability of the democratic regime to meet the basic needs of its population. The prominent Malawian academic, Blessings Chinsinga, in August last year, at the height of the demonstrations, noted, “it is very clear that beyond the anti-Jane Ansah demonstrations, the demonstrators have a host of complaints that they would want to be addressed …”, and the problem is that there has been “more emphasis on procedures and not necessarily the substantive benefits of democracy.”

Corruption and poverty have persisted in Malawi’s democratic era. I witnessed widespread hunger and, to many people I spoke to, dissatisfaction with the elections was not expressed independently of a range of concerns, such as the cost of farm inputs, especially fertilizer, the lack of jobs and opportunities, and police abuse.

In this context, the court judgement holds out a much broader promise than electoral procedures. To many, it is likely to be seen as an indictment of the status quo of theft and hunger, and a hope for social justice.

Yet the future is uncertain.The Malawi Electoral Commission has set the date of new presidential election as 2nd July 2020.The new voting system, whereby the victorious presidential candidate must receive over 50 percent of the vote, may at least force candidates to seek a broader mandate, and the main political parties have begun to negotiate alliances. At the time of writing, one big question mark is whether the main opposition parties, the MCP and UTM, will manage to form an alliance.

Whatever the shape of the government to come, there is one certainty; their legitimacy will be increasingly open to challenge by a young and galvanized population.

The world has lost a giant of development economics

Thandika Mkandawire (1940-2020) bravely stood up for social policies and the developmental state.

Masauko Chipembere’s first solo album is a remarkable achievement and a timely musical reminder of the circular nature of pan-Africanist consciousness. 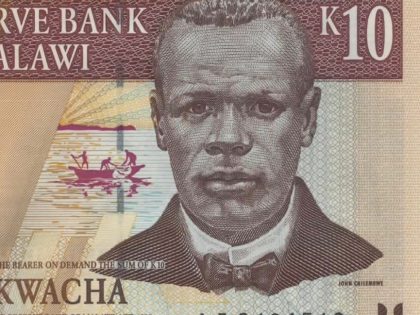 The Legend of John Chilembwe

Despite official neglect, the memory of Chilembwe, a resistance leader, lives on as a symbol of courage and sacrifice in Malawi. 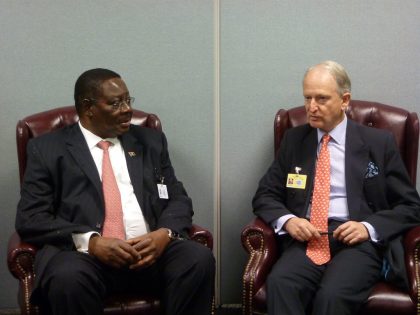 A question of competency