In July 2019, about a week after a Nigerian photographer Busola Dakolo went public with claims that she had been raped by Biodun Fatoyinbo, the charismatic mega-pastor of the Commonwealth of Zion Church, another woman came forward with evidence against him. The second woman’s story shared similarities with Dakolo’s, but it was also remarkably different. Dakolo had been a teenager just out of secondary school when she says Fatoyinbo raped her twice. The second woman, who chose to tell her story anonymously in a video chat that blurred her features, had been an adult member of Fatoyinbos staff when she was allegedly assaulted.

Her account was detailed, episodic even. The event, she alleged, took place in 2017 just about a year after she accepted a job offer to act as legal guardian to the Fatoyinbos children in an unnamed foreign country.

She says that prior to the assault, she’d been aware of previous harassment claims against Fatoyinbo, but did not believe them. He was, until the moment of the alleged rape, a mentor and father figure. In the days after the assault, she’d carried on with her life, showing up at work, determined to will the violence away while she planned her exit. What was most striking about her story was her resolve not to press charges even though Dakolo had already come forward.

And yet her reaction is not unusual at all in a place where people who experience sexual violence are afraid to press charges or speak publicly for fear of losing their livelihood or safety. In a country like Nigeria, survivors of workplace sexual harassment know that facts are not enough.

A #TimesUp moment dead on arrival

Still, the attention the Fatoyinbo case garnered in the weeks after both women shared their stories raised expectations that this time the accusations would be weighty enough to tip the scales in favor of justice. Some thought that this was going to be the beginning of Nigeria’s reckoning with our pervasive culture of violence against women and vulnerable people’s bodies. And perhaps, this would snowball into a cultural shift with the necessary policy changes.

Days ago, however, that hope was put to rest after Dakolo’s suit against Fatoyinbo, who has continued to maintain his innocence, was thrown out of court for being, “purely sentimental and an abuse of the judicial process.” More than the legal merits of Dakolo’s case, this ruling speaks to the power Fatoyinbo wields as the founder of one of Nigeria’s wealthiest churches.

Online, Nigerians disavowed the mega-pastor’s victory, but this time the pushback lacked the zeal that had inspired protest marches in the country’s major cities after Dakolo’s story broke. The usual skepticism towards the country’s legal system and its inability to hold sexual perpetrators accountable returned. With the ruling, Nigerians had again confirmed that the country was not yet ready for the equivalent of #MeToo.

Worse, according to Nigeria’s Labor Act Fatoyinbo’s former staff was not even in the position to file a sexual harassment suit against her former employer. If she had chosen to hold him accountable on those grounds she would not have had a case in the first place, because Nigeria’s labor law does not criminalize sexual harassment in the workplace. The only options available to her as an employee raped by her boss, by law, would have been to continue her job in silence, make a complaint to the church, and hope for the best or resign.

An attempt in 2008 to update the country’s workplace laws, with a new Labour Standards Bill that made provisions for sexual harassment, fell through in the House of Representatives. Eleven years later, Nigeria has yet to update its labor laws.

When we collectively talk about sexual harassment in workplaces across the country, it is often discussed as an industry-specific problem. One that affects women in, say, banking or the service industry, not necessarily progressive startup-type workplaces with a young, upwardly mobile, and liberal workforce. And while it is a more pervasive problem in certain industries, more people are enduring sexual harassment across a wide spectrum of work spaces and in universities where male academic staff have long been suspected of coercing sex from students in exchange for better grades. Not acknowledging this means that people are less willing to take collective action and more likely to ignore isolated claims. By contrast, South Africa has a Code of Good Practice for the Handling of Sexual Harassment Cases spelt out in its labor laws, and in East Africa many organizations are working to change cultural norms that enable violence against women and vulnerable people with programs like SASA!

Mobilizing communities to prevent violence against women and vulnerable people, including changing policy, matter because they tilt the scale against rulings like Dakolo’s that make survivors less willing to speak up. While it seems that Nigeria is falling far behind, organizations like Project Alert are working to change the culture from the ground up with outreach programs in schools, churches, mosques, and online. In addition, Nigeria now has a publicly accessible list of registered sex offenders. It’s not a lot, but it is progress.

Is there a line, and who makes the rules?

In spaces where the conversation is already taking place, people are often willing to admit that they are uncertain about what crosses the line, especially when the predator has not been caught pants down or accused publicly by multiple victims. But, there are easy signs to watch out for, and everyone can do something. If a colleague says that they have been raped or subjected to an act of sexual assault, an appropriate response would be to say: “I’m sorry this happened to you” and ask the victim what they would like you to do or what they need in that moment. You can also refer the victim to a place like the Mirabel Center where they can get help. Keep in mind that showing anger may not help much, and no matter how strongly you feel about what has occurred, it is not your place to try to fix it or take action without their consent.

If you are not sure a colleague is being harassed or someone you know is crossing the line, specifics like unwelcome sexual advances or innuendos, sexually suggestive jokes or comments, unwelcome or inappropriate touching, and unwanted sharing of sexual content are signs to look out for. And if you are certain that you have just witnessed a workplace sexual harassment incident, it’s important to intervene if that is a possible option. Do your best to stop it from continuing. You can offer support to the affected person as well. When possible, document what happened in order to support a possible investigation.

Employers can do more as well. A sexual harassment policy that clearly defines harassment goes a long way as does having a zero tolerance approach. In the end, we need to be deliberate about creating work spaces that make it impossible for predators to thrive, and to take serious action when cases are reported. 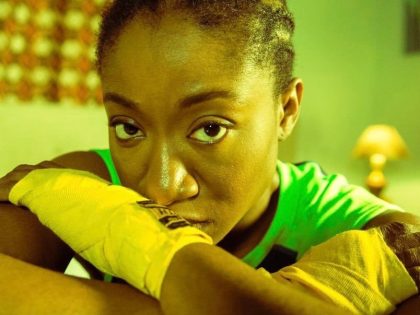 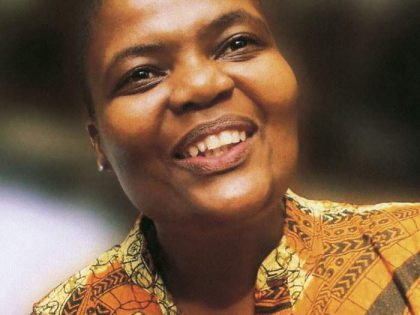 The Importance of Reading ‘Khwezi’

The Jacob Zuma years were especially damaging for re-introducing South Africans to political leaders who did not fear shame.