Hibotep, otherwise known by her birth name Hibo Elmi, or the alter ego Trap Priestess, is of Somali ancestry. Born and raised in Ethiopia, she currently lives in Kampala, Uganda, where she moved to reconnect with her twin sister, Hoden, also a DJ who goes by the name Houdini. Hibotep, like many other immigrants in Kampala, first came for a visit, then never left. She says that she feels more at home in Uganda than in Ethiopia, where she grew up cluttered in between Somalis and Ethiopians, and the everyday disputes between the two groups. “Coming to a place where everybody is calling you sister made me feel at home. And later on our mom passed away in Kampala, so now it has become a motherland.”

These nomadic beginnings have shaped her creative processes. When Hibotep deejays, she can delve deep into everything from American trap, South African gqom, and German dub techno to Kenyan taraab and Moroccan gnawa, in one set. Her style is not based on any one genre. Instead, she’s confusing the audience with different styles, and songs with different BPMs. One song is destined to be completely different from the next. An an interview I had with Hibotep she explained:

I’m listening to music 24 hours a day, even when I’m sleeping—the music is playing… If you are passionate about something; you study it, you learn it and in the end you breathe it. Most DJs don’t challenge themselves. They play only one genre—it all sounds the same. When I deejay, I don’t want to play the best song everybody heard, I want to bring in something new, and I want the audience to say: where did you find this? I like to surprise myself as much as the audience. I’m like a different person every time I’m DJ’ing. So when the Trap Priestess is playing it’s rap music and trap, and when Hibotep is on, it’s African and electronic music.

With such a cosmopolitan outlook, Hibotep has found a creative home in Kampala with Nyege Nyege Tapes, a label that is increasingly embraced for its vernacular electronic music—popular and folk music styles merged with electronica from the wider East African region. Founded by two immigrants to Uganda, Greek-Armenian Arlen Dilsizian and Belgian Derek Debru, their background as internationally connected outsiders has helped establish a left-field international electronic music hub in East Africa. For Hibotep and her twin sister, two cosmopolitans who end up as outcasts in their own community—finding such a welcoming creative space was an affirmation for their nomadic life experiences.

Nyege Nyege’s most important platform is the Nyege Nyege Festival, situated on the banks of the source of The Nile River (its latest edition kicks off today and goes through the weekend). The festival is part of the reason why Kampala has become an epicenter of a movement showcasing electronic music from East Africa. Their international bookings show that they are by no means limited to East Africa, but that they are always searching to put bigger acts in new spaces.

The popular music of the day across Uganda includes Ugandan dancehall (which includes the internationally recognized Bobi Wine), West African Afrobeats, and Afro house. Nyege Nyege is more about cosmopolitan culture than Bobi Wine’s grassroots movement, but their activities are no less polemic, especially since Nyege Nyege events have become a haven for gender non-conforming communities. Last year, Uganda’s minister of ethics and integrity, Father Simon Lokodo, tried to shut down the festival around the same time that Bobi Wine fled the country after an assassination attempt on his life. Both events felt closely related. In a country like Uganda, just being free and ready to shake one’s ass is a political matter.

The crew involved with Nyege Nyege have been in demand within underground music scenes around the world for the last few years. Over 20 acts connected to the label are now touring worldwide, with new additions such as aspiring DJ Catu Diosis, who just had her official debut in Europe in June. One of the most important DJs in the Nyege Nyege collective, queer feminist Kampire, was one of several acts showcased at club Razzmatazz in Barcelona. Electro acholi champions Otim Alpha & Leo Palayeng and Nyege Nyege-affiliated electronic chaabi producer Gan Gah, from Morocco via Brussels also performed there.

Last year Kampire, electrified the crowd at the Sónar Festival in Barcelona. Eager to continue the process of catapulting young Nyege Nyege-affiliated acts up into the DJ stellar system, Sónar put Hibotep and Slikback on the bill for this year’s festival. The festival took place between 18th and 20th of July in Barcelona, and the two acts performed their unusual duties of connecting disparate genres from East Africa with everything from Chicago footwork to UK grime and South African gqom. Slikback, who is the most well-known producer on the Hakuna Kulala label (a sister label equally respected for showcasing rap music in local languages, and its global minded bass music out of Kampala), was featured on year-end-lists in Pitchfork, The Quietus and Fact Magazine, and performed across Europe these last few years.

Meanwhile, Hibotep has become a master in mixing old Somali- or Arabic-sounding songs over badass trap music. She’s recontextualizing old songs for new audiences. “I like haunting, deep voices, and I’m trying to put them in the mix. It allows me to play something I really feel passionate about—and if I mix it with trap, it makes something old feel young and fresh. I’m searching for the unheard, but I also try to play something that people can relate to.” Sometimes Hibotep even throws in Michael Jackson songs over trap, like in the Boiler Room session from last years Nyege Nyege Festival. The Trap Priestess knows no limits, but her love for trap is rooted in a knowledge that the kids are always right—no matter how despised or pushed into a corner their music is. So when Michael Jackson’s “They Don’t Care About Us” screams over some booming bass and grooving hi-hats, the world feels completely in the right place:

Rap music means a lot to Hibotep, but simultaneously she is a multidisciplinary artist crafting films, fashion designs, art installations and poetry—but, she’s secretly also a rapper:  “I’m an undercover rapper. Usually when it’s like 3am there’s this activist that comes out of me.” She doesn’t like to rap on stage, but sometimes she puts her own rap vocals in DJ sets. Although her ambitions as a rapper are limited, her roots in poetry stretch deep. Hibotep tells us about the Somali tradition, where all parts of life are connected to poetry:

I write poetry, my mom used to write poetry, my sister writes poetry, it’s part of our identity: Somalia is known as the land of the poets. When your grandmother or auntie are talking to you, they’re talking in riddles—it’s poems. They have poems for everything, and every life experience has a poem. Somali poetry is really hard to write, especially when it comes to making rhymes, because so few words in the language are alike at the end. 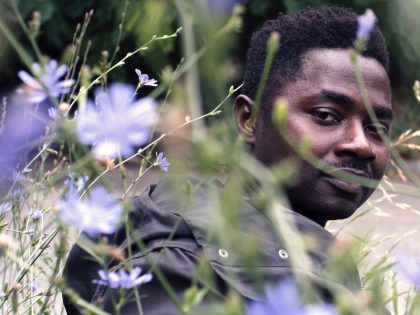 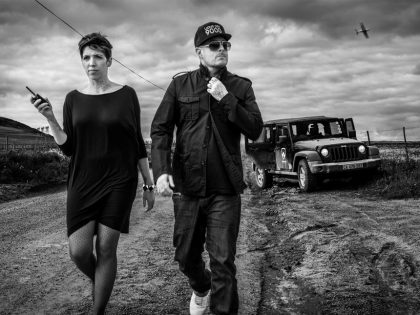 The flag-bearers of dub in South Africa

Cape Town, South Africa, has been undergoing somewhat of an electronic music revival over the past five years. The initial boom happened in the early 2000s when, aided by the pioneering African Dope record label, … 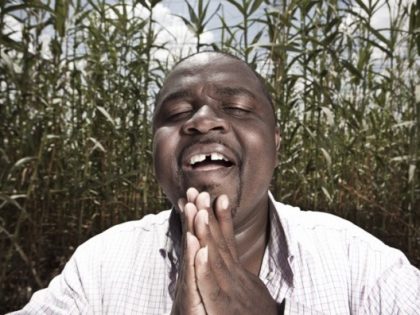