After years of request, the British government at long last released its MI5 files on Kwame Nkrumah. So, I rushed to see them, but was immediately disappointed to find that much of it had been withheld, and the files end in 1952. Yet, he was being called a communist again and again, which is why I had to investigate.

While he was studying in the United States in the late 1930s, Nkrumah told his fellow student K.A.B. Jones-Quartey (later the author of a biography of Nnamdi Azikiwe) that his “dream” was of a “Union—the United States of West Africa under African hegemony.” Nkrumah and Jones-Quartey were among the organizers of the African Students Association, which tried to espouse this aim. Did Kwame Nkrumah, now in England, hear about the meeting of the National Council of British West Africa (NCBWA) in Accra on 18 December 1945? The NCBWA had campaigned for African unity after World War II, but had been inactive for many years. Had Nkrumah learned about the aims of the NCBWA before he left the Gold Coast in 1935?

In October of 1945, Nkrumah helped organize and participated in the Pan-African Congress (PAC) in Manchester, which agitated for the decolonization of Africa. The West African delegation’s declaration that “complete and absolute independence is the only solution to the existing problems” in Africa was unanimously supported.

But as there had been no plans formulated on how to achieve this, after the Congress the West Africans debated about how to form an organization together with Francophone activists. Meetings and discussions in Paris and London between West African students, activists, and organization resulted in the formation of the West African National Secretariat (WANS). I.T.A. Wallace Johnson, a Sierra Leonean trade unionist, was appointed chair; Ghanaian journalist and lawyer, Bankole Awoonor-Renner as president, Nkrumah, general-secretary. [By the way, there are no books on Awoonor-Renner; I wrote the entry on him for Dictionary of African Biography (Oxford University Press, 2011) and Kweku Darko Ankrah wrote about him here. There is now a file on him at the National Archives in London, but obviously much has been withheld.] Mrs Olabisi Awoonor-Renner took over as treasurer when Kojo Botsio, another student, returned to the Gold Coast. The aim of WANS was to:

Realise a West African Front for a united West African National Independence.
To foster the spirit of unity among the West African territories.
To work for unity and harmony among all West Africans who stand against imperialism.

K.O. Larbi, then a barrister working in London, had attended the PAC, and now helped WANS obtain office space for WANS staff to meet, discuss, and plan. The first public meeting was held in February 1946, to call upon the newly formed United Nations, “To bring about the complete liquidation of the Colonial system.” Sadly, the UN ignored WANS and others requesting this. Information about WANS was sent to all West African and African-American newspapers which all proved supportive. WANS also distributed a pamphlet on its aim. It ends with WEST AFRICA IS ONE COUNTRY; PEOPLES OF WEST AFRICA UNITE! (It is possible that some mailed to West Africa were confiscated by the local governments.)

WANS organized meetings, conferences, demonstrations, marches. It produced a monthly newsletter, the New African, which sadly did not last long. Could this be because the UK government ensured that it could not be sold in Africa by confiscating copies sent there? There was a well-publicized plan for a conference to be held in Lagos in October 1948 to further WANS’ aims.

Nkrumah is “branded” a communist in both the UK and then the United States files released on him. Why? Yes, Nkrumah had been in touch with the Communist Party in the USA, and then later in the UK. Yes, he had attended a course on Marxism. But that does not make you a communist. So, why? I became convinced that he and his aims and the support he was receiving were seen as a tremendous threat by Britain and other colonial powers, especially France, as he was working with Francophone activists.

After the Second World War ended, the colonial powers were all in desperate need for the materials they obtained from their colonies, produced by sometimes unpaid workers! Or, they were paid next to nothing. Not only did the Europeans have to rebuild their bomb-shattered cities and factories, but they also owed the United States a fortune, as the Americans had financed much of the war. The produce of the colonies was needed by the USA. However, the United States wanted direct access to the raw materials in those colonies, not from European-owned companies.

So how could the colonial masters obtain support from the United States? The fear of the spread of communism was widespread in the western world. So by labeling those struggling for real independence as communists, it was necessary for all to join together to prevent this from being accomplished. 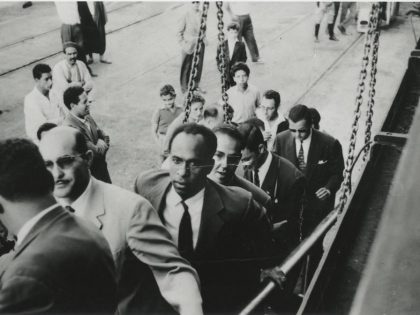 In 1953 Fanon moved to Algeria to work in the small town of Blida, about 50 miles from the capital Algiers. He applied for a position as a psychiatrist, having recently qualified. Fanon did not …

A Tribute to Kofi Awoonor: The Story of Sankofa

Alas! a snake has bitten me
My right arm is broken,
And the tree on which I lean is fallen.

(from Songs of Sorrow, by Kofi Awoonor)

When Kofi Awoonor started out as … 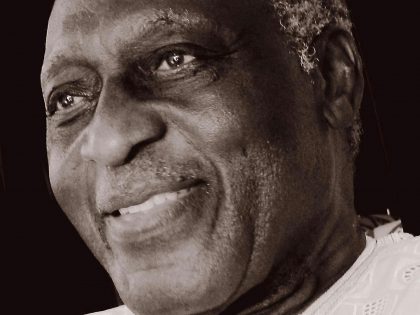 “This is not only Ghana’s loss”