Quarry Road West informal settlement is located in the urban core of Durban in South Africa. It lies adjacent to a golf course, below (at least in part) a highway, and is intersected by a river. Home to approximately 2,000 people, the majority of its residents came to the area in search of a better life, including improved access to jobs, education, healthcare, and emergency services.

The number of people residing in informal settlements across the African continent is growing steadily. Rapid urbanization combined with the inability of often chronically under-resourced local governments to provide adequate and affordable housing result in the establishment, densification and expansion of informal settlements. Because informal settlements are often located on marginal and precarious land, residents are vulnerable in the event of environmental disasters.

This was the case on Easter weekend of 2019, when Durban received more than 200 millimeters of rain, more than three times the average for the whole of April. Owing to a subtropical climate, Durban is no stranger to heavy downpours. This deluge was so intense however that it precipitated widespread flooding and landslides, leading to distressing scenes not only in Quarry Road West informal settlement, but also across Durban and KwaZulu Natal. News outlets reported the event claimed at least 60 lives, displaced thousands, and caused over R650 million (approximately US$50 million) in property damage.

The ensuing visit to the disaster site by newly elected president Cyril Ramaphosa was accompanied by the words that “the force of nature is so huge, and this is partly what climate change is about.” Although the instrumentalization of climate change by those in power as an excuse for mismanagement is a concern, in this case it would appear that Ramaphosa makes a valid point. Recently published research shows how, of 39 flooding events assessed, 21 were found to have been made more severe or more likely to occur due to human-induced climate change.

The likelihood of more frequent and more intense flooding events with every half degree of temperature increase is most clearly illustrated in the recent Intergovernmental Panel on Climate Change (IPCC) 1.5°C Special Report on Global Warming. The IPCC is a UN body comprised of the most prestigious and decorated researchers on issues relating to climate change. After the Paris Agreement, aimed at limiting the increase in global average temperature to well below 2°C, or ideally to 1.5°C, the IPCC was tasked with assessing the differences between a 1.5°C and a 2°C warmer world. They found that the likelihood of more frequent and more intense flooding events (in addition to droughts and heatwaves) was significantly higher under a 2°C warming scenario than under a 1.5°C warming scenario. This is because higher temperatures lead to more evaporation from ocean surfaces, increasing the amount of rainfall. The IPCC further found that those most severely affected by flooding events will be situated in low-income areas on the African continent.

The unjust nature of this dynamic becomes particularly stark when examining the main contributors to human-induced climate change in the form of Greenhouse Gas (GHG) emissions. It doesn’t take much detailed analysis to ascertain that residents of informal settlements are responsible for a very small share of GHG emissions. Historically, it is the European Union and the United States who share the dubious honor of being the most prolific GHG emitters. Today, countries such as China and India can compete, in part due to the relocation of manufacturing processes for supporting western wealth, itself dependent on mass over-consumption and an unhealthy obsession with economic growth. The true environmental cost of this wealth has been externalized to those residing in Quarry Road West informal settlement, and various other low-income regions across the African continent and beyond.

Of course, the most prudent measure for the GHG-emitting countries would be to immediately and drastically reduce their emissions to decrease the threat posed to those most vulnerable to climate change impacts. Unfortunately, this is not the reality we live in. The necessary mitigation action is subject to considerable inertia and lack of political will. Even amidst calls from international bodies for more support in adaptation for vulnerable populations, the resources being mobilized are insufficient, and that which is being mobilized is not reaching those most in need.

A new approach would be to foster enabling conditions for participatory governance. This is crucial to support local solutions, which have been found to be most effective at reducing the vulnerability of informal settlements to climate change. Previously marginalized communities need to be formally recognized, and informal settlements integrated into urban development plans. Informal settlements are here to stay, and empowering its residents may just be the catalyst needed for the synergistic improvement of climate change adaptation and sustainable development.

Poor Nairobi residents pay close to four times more for water that is much less clean, adequate or consistent. 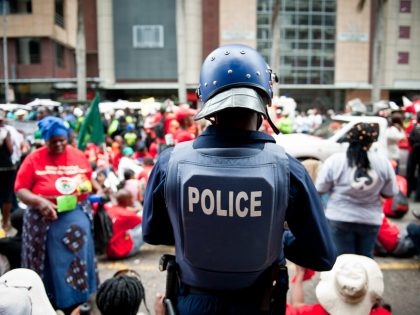