When images of a white preacher and actor going around Kenya playing Jesus turned up on social media in July 2019, people were rightly stunned by the white supremacist undertone of the images. They suggested that Africans were prone to seeing Jesus as white, promoting the white savior narrative in the process. While it is true that the idea of a white Jesus has been prevalent in African Christianity even without a white actor, and many African Christians and churches still entertain images of Jesus as white because of the missionary legacy, many others have actively promoted a vision of Jesus as brown or black both in art an in ideology.

Images of a brown or black Jesus is as old as Christianity in Africa, especially finding a prominent place in Ethiopian Orthodox Church, which has been in existence for over sixteen hundred years. Eyob Derillo, a librarian at the British Library, recently brought up a steady diet of these images on Twitter. The image of Jesus as black has also been popularized through the artistic project known as Vie de Jesus Mafa (Life of Jesus Mafa) that was conducted in Cameroon. The most radical expression of Jesus as a black person was however put forth by a young Kongolese woman called Kimpa Vita, who lived in the late seventeenth and early eighteenth century. Through the missionary work of the Portuguese, Kimpa Vita, who was a nganga or medicine woman, became a Christian. She taught that Jesus and his apostles were black and were in fact born in São Salvador, which was the capital of the Kongo at the time. Not only was Jesus transposed from Palestine to São Salvador, Jerusalem, which is a holy site for Christians, was also transposed to São Salvador, so that São Salvador became a holy site. Kimpa Vita was accused of preaching heresy by Portuguese missionaries and burnt at the stake in 1706.

It was not until the 20th century that another movement similar to Vita’s emerged in the Kongo. This younger movement was led by Simon Kimbangu, a preacher who went about healing and raising the dead, portraying himself as an emissary of Jesus. His followers sometimes see him as the Holy Spirit who was to come after Jesus, as prophesied in John 14:16. Just as Kimpa Vita saw São Salvador as the new Jerusalem, Kimbangu’s village of Nkamba became, and still is known as, the new Jerusalem. His followers still flock there for pilgrimage. Kimbangu was accused of threatening Belgian colonial rule and thrown in jail, where he died. Some have complained that Kimbangu seems to have eclipsed Jesus in the imagination of his followers for he is said to have been resurrected from the dead, like Jesus.

Kimbangu’s status among his followers is however similar to that of some of the leaders of what has been described as African Independent Churches or African Initiated Churches (AICs). These churches include the Zionist churches of Southern Africa, among which is the amaNazaretha of Isaiah Shembe. Shembe’s followers see him as a divine figure, similar to Jesus, and rather than going to Jerusalem for pilgrimage, his followers go to the holy city of Ekuphakameni in South Africa. The Cameroonian theologian, Fabien Eboussi Boulaga, in his Christianity Without Fetish, see leaders like Kimbangu and Shembe as doing for their people in our own time what Jesus did for his people in their own time—providing means of healing and deliverance in contexts of grinding oppression. Thus, rather than replacing Jesus, as they are often accused of doing, they are making Jesus relevant to their people. For many Christians in Africa, therefore, Jesus is already brown or black. Other Christians still need to catch up with this development if we are to avoid painful spectacles like the one that took place last month in Kenya. 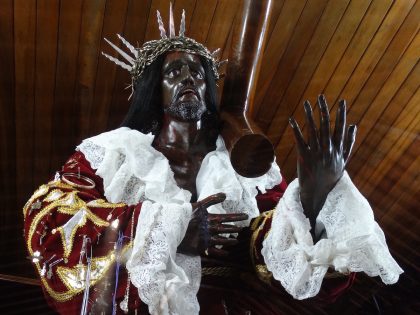 Looking for my religion

The power of having a god who resembles us. 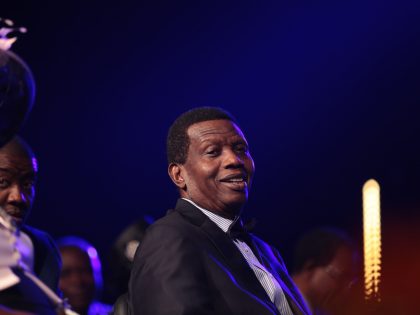