The BBC recently ran a series of posts on its website about Pentecostal pastors and their churches in South Africa and Nigeria. It raised questions about the influence that they have in these countries and across sub-Saharan Africa.

The BBC articles focused on controversies surrounding the pastors’ wealth. One article featured the Malawian pastor, Shepherd Bushiri, and his church in Pretoria, South Africa. It investigated the links between the money the church receives from its members and in  Bushiri’s case, his personal fortune: Bushiri owns four private jets and is rumored to have investments in mines and hotels across South Africa.

The article on Nigeria raised questions about the way in which Pentecostal leaders obtain and use their members’ money. It quotes critics in Nigeria who argue that poor Christians are being conned out of their hard-earned money through the “prosperity gospel,” a doctrine associated with Pentecostalism that holds that if Christians give money to the church God will miraculously provide them with wealth and health in return.

‘It is just to shame us’

Critical, investigative reporting on churches led by figures like Shepherd Bushiri or Enoch Adeboye in Nigeria is welcome, especially in instances where there appears to be significant evidence of illegal and exploitative activity. At the same time, it is important not to overstate the degree to which these figures and the kind of Pentecostal churches that they lead dominate the religious landscape of sub-Saharan Africa.

In 2012, before Bushiri’s influence had spread much beyond the borders of Malawi, I was doing research in a rural area of the country. Part of my work touched on the nature of local churches. The church I spent most time in was a Baptist Church, part of a denomination that has not historically endorsed prosperity theology. The majority of the church’s members lived on less than a dollar a day, while the pastor, David, was so poor that he had to sustain his family through subsistence farming.

Despite the church’s history Pastor David spent time with Pentecostal pastors that espoused the prosperity gospel. Their influence was clearly having an effect. From time to time he would say to me, “I work for God, and he gives back to me.” One Sunday a Pentecostal preacher that the pastor had invited to the church invoked the same phrase during a sermon she gave, exhorting the congregation to give their money to the church.

The congregation were however skeptical. After the service they talked about whether the pastor’s message was right, and how her pronouncements might “shame” members of the church, adding indignity to their poverty.

Their reaction points to the fact that poor Malawians are not just the superstitious dupes of prosperity preachers.It also suggests that they do not let pronouncements about prosperity trammel other countervailing ideas in Christian theology, such as charity and humility During the course of my research I saw Pastor David come in for stiff criticism when he failed to provide support to members of his church short on food or facing expensive medical bills.

The importance of charity and humility is alluded to in the BBC piece on Nigeria, and has been noted also in research on churches elsewhere in sub-Saharan Africa.

‘We just let Bushiri be Bushiri’

Back in Lilongwe, Malawi’s capital city, I spoke to another Baptist pastor, asking him what he thought of Shepherd Bushiri and his church. I had just encountered Bushiri for the first time on Malawian television. All the elements of his ministry that have drawn attention in recent coverage were present in the broadcast, including the promises of miraculous health and wealth. In response to my question the pastor rolled his eyes and commented shortly, “We just let Bushiri be Bushiri.”

Figures like Bushiri and the churches that they lead will likely continue to garner media attention for the foreseeable future. But if research on Christianity in sub-Saharan Africa is anything to go by then there will also be pastors and many ordinary Christians who will remain unconvinced by them. Letting “Bushiri be Bushiri,” they will participate in churches led by leaders of much more modest means, churches that emphasize charity and humility as much as prosperity. 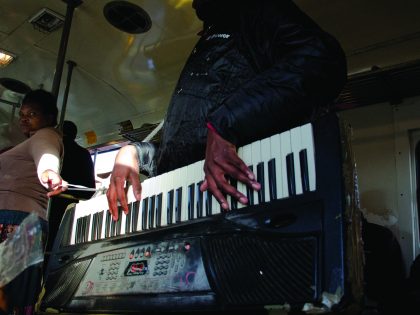 God, too, takes the train to work