With a few weeks to the start of the 2019 Africa Cup of Nations, the head coach of the Ghana Black Stars Kwesi Appiah surprised the nation by naming Dede Ayew as the team’s new captain. This looked like a demotion for the previous captain, Asamoah Gyan, who had been the team’s captain and leading striker for years.

Gyan immediately announced his permanent retirement from the national team, citing the captaincy situation as the reason. President Nana Akufo-Addo surprised the nation when he intervened and persuaded Gyan to rescind his decision and facilitated a “compromise” which involved Ayew being maintained as captain and Asamoah Gyan being named “General Captain.” Some Ghanaians remarked that they wished that the president had prioritized responding to floods and kidnappings over football.

This drama was the latest in what seems like a never-ending series of controversies involving the Black Stars and was received as an omen of another dramatic and ultimately disappointing tournament. The team has often been a unifying symbol of hope, but waves of disenchantment stemming from the corruption scandals involving the Ghana Football Association and disappointing results are threatening this. The Black Stars are beginning to feel like yet another failing state institution.

If there were a moment this disenchantment began, it would be on 26th June 2014. The Black Stars’ players had publicly threatened to boycott the World Cup if they were not paid their agreed fees, so the government loaded up a plane with US$3 million in cash and flew it to Brazil to pay them. Many Ghanaians understood why the Black Stars demanded their bonuses in hard cash before the end of the tournament. Our governments have been notoriously slow in paying debts, whether to the teachers and junior doctors who sometimes go up to 18 months before they receive a pesewa in salaries or to the contractors who construct roads and have to wait years to be paid. But this did not make the pain of the public humiliation and disappointment any less intense. When a photograph of defender John Boye kissing his wad of crisps dollar bills in the hotel corridor was leaked to the public, it was almost too much to bear.

To understand this perpetual state of being “disappointed but not surprised,” it is necessary to understand that the Black Stars are supposed to be—and used to be—one of the few national institutions that Ghanaians could be genuinely proud of. The establishment of the team was part of Kwame Nkrumah’s grand nationalist and pan-Africanist identity strategy, but the quick subscription from Ghanaians owed to the fact that there was already a bedrock of popular support for the football in the country. (Stephen Borquaye’s book The Saga of Accra Hearts of Oak Sporting Club charts this rapid spread of enthusiasm for the game from the introduction of football first into the Philip Quaque Government Boys School in the early 1900s to then its rapid spread of the game throughout towns in the then Gold Coast.)

In first twenty years of the team’s existence, they simultaneously represented national and pan-Africanist interests. They boycotted the 1966 FIFA World Cup in a protest against racist discrimination and united much of Africa and the diasporas in support of them. They won the African Cup of Nations in 1963, 1965, and 1978 and were runners-up in 1969 and 1970. Even when they weren’t winning, their fans were always full of hope and devotion. They were The Black Stars, whether they won or lost, and they would always be back to win again.

But it’s 2019 now, and the last time the Black Stars won a tournament was thirty-seven years ago. Popular support for the team is waning, but people continue to support the Black Stars above all other national football and sports teams. That it is the men’s national football team that occupies this prime position is no coincidence given the dominance of patriarchal ideas in Ghanaian society. State resources, private sponsorship and popular support have also been concentrated in the team to the detriment of women’s football and other sports.

The current mix of emotional attachment and cynicism that Ghanaians currently feel for the Black Stars is perhaps best understood as a form of wary nostalgia. It is a longing for a time when the Black Stars carried the hopes of a nation and a continent, and when there was widespread optimism about the country’s future.

In a troski from Madina to Tema, the radio blares scratchily with static. There’s a sports program on, and the presenter is bitterly complaining about the poor management and “dirty politics” in Ghana football. After a 3-minute tirade he pauses, sighs and says “anyway they’re our Black Stars, we have to support them…” That idea—of having to support the Black Stars—shows how deeply Ghanaians still believe in the idea of Ghana despite decades of disappointment, underachievement and betrayal. 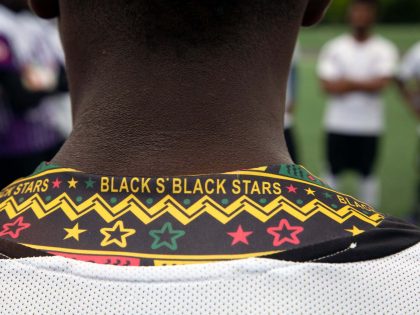 Collecting football stories that highlight the world – the African world, in this case – and making the Seattle game global in the process. 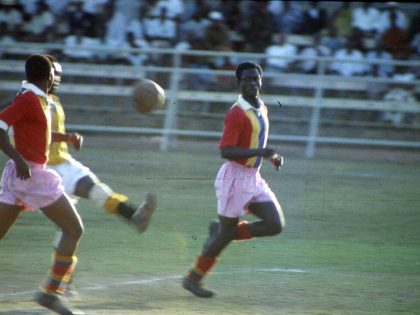 Nkrumah’s team is going to the World Cup

A short history of football, nation building and the consolidation of pan-African solidarity in 1960s Ghana. 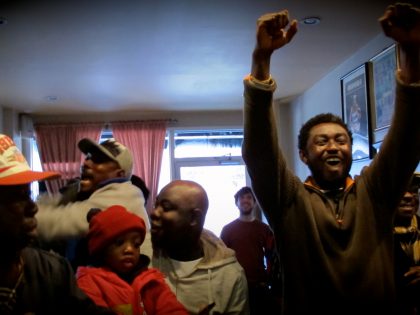 Watching the African Nations Cup with Ghana fans on Flatbush Avenue in Brooklyn.