While the Ghanaian migrant community in New York City is centered in the Bronx, there is a smaller, yet equally as Afcon-enthusiastic population of Ghanaians in the Flatbush/Crown Heights neighborhoods of Brooklyn. Meytex Cafe on Flatbush Avenue is part social club, part Ghanaian restaurant, and part bar/party space that provides a social center for the Ghanaian community in Brooklyn and has been one of the premier locations to watch the Black Stars in New York City.

Early on Saturday morning, fans crowded around the bar at Meytex next to framed photographs of noted Ghanaian and Pan-African luminaries such as Kwame Nkrumah, Haile Selassie, Kofi Annan, Bob Marley, Stephen Appiah, and William Jefferson Clinton to cheer on the Black Stars as they took on Cinderella-story Cape Verde while throwing back bottles of Guinness Foreign Extra.

Ghana’s defense looked shaky from the start but maintained its composure in the face of increasingly dangerous Cape Verdean attacks. After a rather uneventful first half, a controversial penalty kick was awarded when Asamoah Gyan went down in the box in the 51th minute and substitute Mubarak Wakaso coolly slotted it home.

The Ghanaians at Meytex cheered for Wakaso’s goal, but their enthusiasm was somewhat muted by their confidence, with at least forty vocal Brooklyn-based “assistant managers” jokingly offering tactical suggestions to the players and already talking up their chances for success in the final in a seamless blend of English and Twi.

The relaxed and jovial vibe of the crowd, perhaps facilitated by the early morning beers, was a fascinating counterpoint to the life-and-death seriousness of the Moroccans in Astoria and the Ivorians in Harlem from our Afcon-in-the-city travels last week.

After Ghana’s first goal, Cape Verde’s attack further grew in confidence as they threw numbers forward in hopes of an equalizer. Ghana’s defense again could barely keep up with the Blue Shark’s speedy wingers and were time and time again bailed out by man-of-the-match Ghanaian goalkeeper Dauda.

Then, with Cape Verde even sending their keeper forward on a corner in the dying minutes, Mubarak Wakaso found himself on a breakaway with an empty net and calmly put the match away to the victorious chanting of the Black Stars’ fans in Flatbush.

With the match settled, the live Ghanaian satellite feed immediately put on Obaa Yaa & Nana Perbi’s “Official Black Star Fire Song” (sponsored by the Ghana National Petroleum Corporation) as the waitress selected Hiplife mix CDs to keep the afternoon celebrations going. We settled our spicy peanut soup and fufu tab, thanked the owners, and told them we might be back for their upcoming Ghana Independence Day party.

* This post is co-written with Owen Dodd and Rob Navarro, who between the 3 of us also took the photos. A project started in a graduate class on global soccer taught by Sean Jacobs at The New School, we attempt to watch football across New York City and to blog about it at our tumblr, Global Soccer, Global NYC. These posts are crossposted here. Previous posts on watching Afcon 2013 at restaurants/bars in New York City–in Fort Greene, Astoria and Harlem–can be viewed here. 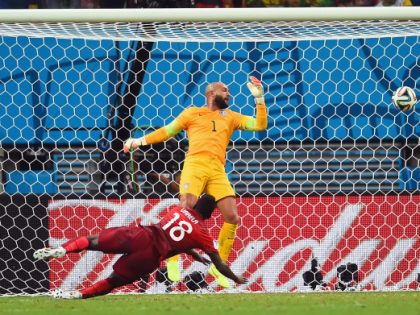 As American as Apple Pie

No, soccer is not invading the United States. It’s been here all along. 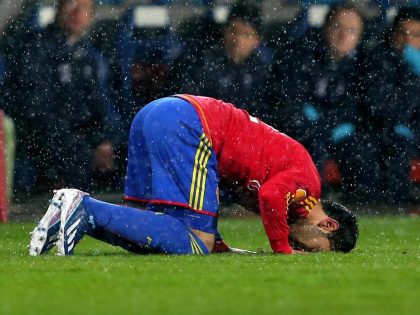 European football officials may have missed it, but Palestine already scored several goals in this season’s UEFA Champions League. 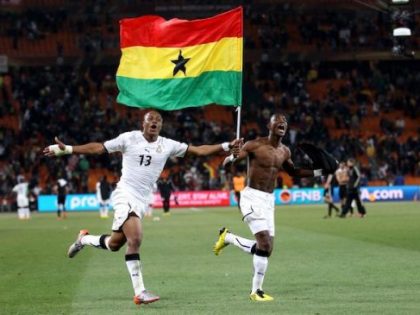 We’re allowed to talk about the 2010 World Cup until 2014. Later today our man, historian of African soccer, Peter Alegi, will deliver the keynote address at the 7th Sports in Africa Symposium at Ohio …