Yet, in South Africa the latter meant significantly more than the former. Part of this is because, despite the Invictus myth that has enveloped the Springboks, rugby is far less significant for South Africans than soccer is. But beyond that there is no questioning it: There is no such thing as an insignificant Orlando Pirates-Kaizer Chiefs match.

Consider this: The Pirates-Chiefs match this Saturday involved a barely disguised money grab couched as a preseason tournament wrapped in a sponsor’s title. Fans got to choose the starting lineups online. In what amounted to a reality show, contestants won the right to be honorary game-day coaches (and wept with legitimate emotions after winning their crown). The match took place days before kickoff of the local Premier Soccer League season, a cutthroat competition unmatched from top-to-bottom in Africa and underrated in the rest of the world. And it gathered 70,000 passionate fans to the Calabash, the FNB Stadium in Soweto that was the symbolic and literal epicenter of the 2010 World Cup in South Africa. This game did not matter. At all. And yet it mattered. Enormously.

To put it another way, Springboks-All Blacks “matters” in pure rugby terms. Pirates-Chiefs just simply fucking matters. And the ways that it matters tells us a great deal about sporting cultures in South Africa and perhaps beyond.

There are several components to this. One connects to the disproportionate role that rugby plays in the public dialogue in South Africa, which itself speaks to the predominant whiteness that still dominates the sporting and cultural landscape in South Africa. Another connects to some frankly byzantine politics and history within South African soccer. And a third connects these two points: South Africans take an inordinate pride in the best of South African-ness, whether it be the Springboks, the success of the national netball team, or, the ultimate example of sporting South-African-ness, the Pirates-Chiefs derby.

One: I am as guilty as anyone of propagating the rugby narrative in South Africa. I am an American who has spent more than 22 years traveling to and working in South Africa. I played rugby at Rhodes. I have been writing about the sport for years, shocking press box denizens in South Africa with my accent and my knowledge and passion for South African rugby. I am working on a book on rugby in the apartheid era. And yet let us be clear: Rugby is fractionally as important as its role in the media and popular culture would lead you to believe. Those who love rugby love it unconditionally. Yet Currie Cup (the provincial championship) matches play to empty stadia, and grassroots rugby tends to play out at the elite prep schools that still wield disproportionate influence in South Africa. South African rugby matters because we are told relentlessly, by guys like me, it turns out, that it matters.

Two: Oh dear. If my criticisms of the political status of rugby led you to believe that I was going to be kind to South African soccer, I apologize now. Because the Pirates-Chiefs rivalry is a function of the sort of small-minded, petty, angry, complex, and frankly childish political rivalry that will surprise no one who understands South Africa but will shock anyone who buys into a Mandela-driven mythology of South Africa full stop.

Imagine this: The Orlando Pirates were founded as a football team in Orlando, in the heart of Soweto in 1937, taking a central place among soccer-mad fans in one of the most densely populated and most politically active populations in Sub-Saharan Africa. Chiefs were founded in 1970 as a breakaway club by former Pirate, Kaizer Motaung. (He had borrowed the name and the club crest from Atlanta Chiefs where he played in the late 1960s.) From the start, the rivalry between the two teams dominated local soccer. Motaung and Irvin Khoza, chairman and owner of Pirates, pretty much dictate the rules of South African soccer. Khoza is also vice president of the South African Football Association, which controls local football. Neither Kaizer Chiefs nor Pirates has even dominated local soccer in recent years. That honor goes to Mamelodi Sundowns, who have won the Premier Soccer League title nine times total since the league was established in 1996-97 and are current champions. By comparison Prates and Chiefs have won a total of eight championships in that time, four apiece. And yet in some ways this is a perfect encapsulation of South African politics more broadly. Not one in ten South Africans could differentiate the platforms of the African National Congress and the Democratic Alliance, the country’s main opposition party. Yet they know where they stand in terms of their party loyalty. Similarly, not one in ten South African football fans could differentiate between Pirates and Chiefs when it comes to the roles they play in the politics of the South African Football Association. Yet they know where they stand in terms of party loyalty.

Yet my third observation raises some hope, perhaps. For South Africans are fantastic at performing their preferred image of South African-ness. I was on a media pass for the South Africa-Australia rugby match ten days ago. And in the days before the match Springbok rugby legend James Small and South African music legend Johnny Clegg had passed away. And the pregame show was little more than a performance of the sanitized meaning of bad boy James Small (who was found dead, naked in a strip club) with the rainbow utility of Clegg all blended with the sainted image of Mandela. And even as a cynic of this sort of performative rainbow nonsense I could not help but find my goosebumps raised and my adopted South African pride boosted. (Interestingly, in the prematch festivities for the Chiefs-Pirates match, a minute of silence was held for Small, Clegg and another white footballer player, Mark Batchelor, who had played for both Pirates and Chiefs and who was allegedly gunned down over a drug deal.)

Truth be told though, the New South Africa is to be found, for good and for bad, in FNB Stadium, where corrupt soccer officials broker deals that line the pockets of the few while cynically tossing coins to the many: online player selection! Reality coaching shows! A worthless pre-season cup! All of which just happened to bolster the sponsor, Carling Black Label, one of South Africa’s more prominent beers. Yet 70,000 showed up, painted their faces, donned their makarapas, and few knew or cared about the score of the Springbok match. This is South African sport, for good, for ill, for indifferent.

And none of this matters. The final score was Pirates 2, Amakhozi 0. Saturday night the black and white, the Buccaneers, had bragging rights. The politics, the posturing, and certainly the Springboks were simply irrelevant. They were dancing in Orlando. And millions of South Africans know what that means. 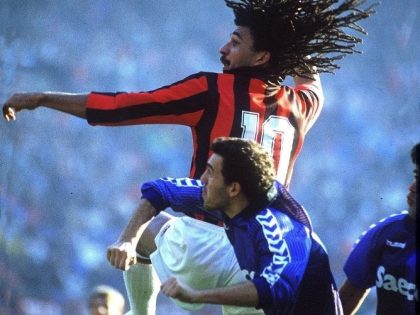 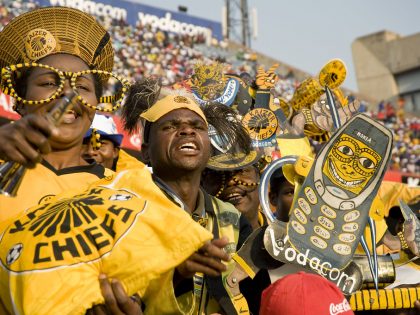 Kaizer Chiefs vs Orlando Pirates is South Africa’s fiercest football rivalry. It is increasingly less about the football and more about merchandise on offer to fans of both teams, especially Chiefs. 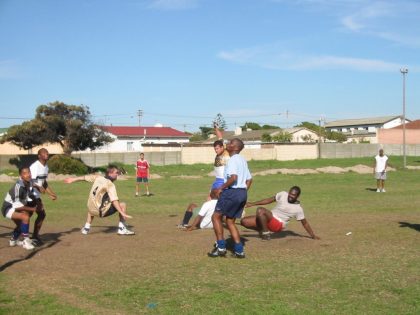