Ike’s Books, in Durban, is no ordinary bookstore. In 1988, with South Africa in a seemingly endless “state of emergency” as the apartheid regime desperately tried to hold power, Joseph David “Ike” Mayet, an Indian man, opened his shop. This seemingly trivial act very much contributed to the struggle against apartheid. Its first location was in the Overport neighborhood, designated under the Group Areas Act as reserved for South Africans of Indian origin. However, by the late 1980s, anti-racist South Africans of all backgrounds lived around—and patronized—this bookstore, and so it became one of the many theaters in the vast struggle to break apartheid. As people of all races—Black, Coloured, Indian, and White—browsed for books, bought books, debated ideas, and interacted with each other at Ike’s, they engaged in a collective, radical, and very much political act.

Ike’s current location, on Florida Road, was officially opened in 2001 with a reading by none other than J.M. Coetzee, who won the Nobel Prize for Literature in 2003. To this day, as a contributor to Johannesburg’s Mail and Guardian’s opined in 2013: “One can’t resist a bookshop that makes you want to read the moment you enter it; not later, not when you get home, but right there, right that minute. Ike’s Books and Collectables in Durban is such a place.” After Mayet passed away, in 2002, Joanne Rushby ably stepped into the breach and has continued the Ike’s tradition.

Durban has a vibrant cultural scene. Its annual Film Festival is quite popular. Plenty of writers and activists have called Durban home including Steve Biko, Alan Paton, Bessie Head, Lewis Nkosi, Zuleikha Mayat, and more. However, until Jo Rushby, Ashwin Desai, Darryl David, and friends decided to create one, the city had only one major literary event, the Time of the Writer International Writers Festival—this despite being named a Unesco City of Literature in 2018. Hence, Ike’s first-ever Durban Literary Festival, held over three days in late June, filled a yawning gap. (Full disclosure: At the festival, I spoke about my book, Dockworker Power: Race and Activism in Durban and the San Francisco Bay Area. I’ve also spent many an hour browsing the shelves at Ike’s.)

Opening night was packed on a lovely winter evening for which Durban is rightly renowned. With chairs set up on the wraparound balcony, and the crowd filling the aisles inside the shop, more than one hundred people squeezed together. First, they listened to ANC veteran and former government minister, Ronnie Kasrils, regale with stories from his life and in advance of his latest memoir, Catching Tadpoles, which should be published later this year. Kasrils is best known for being a leading figure in Umkhonto we Sizwe (“Spear of the Nation” or MK), the armed underground wing of the African National Congress (ANC). In the early 1960s, after the Sharpeville Massacre, Kasrils moved from his native Johannesburg to Durban to figure out how to get involved in the struggle. He ended up commanding MK’s Natal regional command before going into exile where he continued his work with MK and the ANC.

Ashwin Desai served as something both more and less than a master of ceremonies. An accomplished writer in his own right—including We Are The Poors and The South African Gandhi: Stretcher Bearer for the Empire (co-authored with Goolam Vahed), Desai introduced Kasrils and asked entertaining and probing questions. However, even Desai’s wit paled in comparison with Kasrils’ captivating, powerful stories of coming of age in 1950s Johannesburg where he tried—as a white South African—to embrace the vibrancy of life as a cultural bohemian while rejecting the horrific contradictions of apartheid. Ultimately, after Sharpeville, Kasrils found that it was not possible to be an apolitical existentialist so he joined the Congress of Democrats (basically, a front group for the banned Communist Party of South Africa) and, soon thereafter, served as the Natal regional commander of MK.

In the best style of Ike’s, which offers books of many varieties, the second author to speak on opening night was Erica Platter discussing her book Durban Curry: So Much of Flavour—People, Places, and Secret Recipes (with delicious photographs by Clinton Friedman). Though based in Cape Town, Platter is from Durban; though white, she’s an experienced journalist who found numerous Indian Durbanites to share their recipes that explore the flavors, variety, and indeed spices of Durban’s legendary Indian cuisine—South Asia meets South Africa.

Saturday and Sunday were filled with another fifteen authors discussing an array of topics too numerous to discuss here. Joy Chimombe, a Zimbabwean now living in KwaZulu-Natal, talked about growing up in Rhodesian townships during the 1970s—her father a teacher who joined the armed struggle. Chimombe and thirty other women contributed chapters to their anthology Township Girls: The Cross-over Generation (Weaver Press) which chronicles their coming of age in an era that transitioned from a brutal, white minority regime to, in 1980, a democratic nation.

Another highlight was Robert Trent Vinson discussing his new short biography of Albert Luthuli. An African American who grew up in 1980s Los Angeles and watching on TV how the South African police’s notorious armored personnel carriers, dubbed “hippos,” attack black students in the townships, Vinson could relate as he watched, close to home, LA police battering ram tanks (popularized by rapper Toddy Tee’s 1985 “Batterram”) and helicopters (“ghetto birds”) intended to surveil and contain black Americans. Using a trove of letters, reports, and more smuggled out of South Africa in 1967 by Thandeka (Thandi) Luthuli, one of the Nobel Peace Prize winner’s daughters, Vinson has crafted a powerful, concise biography that deserves wide readership in South Africa and worldwide.

The journalist and author Fred Khumalo, based in Johannesburg, discussed his latest book of essays, the widely praised Talk of the Town. An earlier book of his, the historical novel Dancing the Death Drill, imagined one man who survived the tragedy of the SS Mendi, which sank off the Isle of Wight during World War I and claimed the lives of more than 600 mostly black soldiers; this novel recently was released as a Zulu translation. Khumalo’s latest effort explores contemporary South Africa’s and South Africans’ conflicts over identity, the reality that millions of people from other African nations live in South Africa and the intense xenophobia they experience, the relationship between South Africa and the rest of the continent, South Africans who live abroad, South Africans who went into exile during apartheid, and more.

Closing out the festival, on Sunday afternoon, Khumalo, Jackie Shandu (who heads the Policy, Research and Political Education program of the Economic Freedom Fighters in Kwazulu-Natal province), and Gcina Mhlophe mixed it up. Mhlophe, also born and raised in KZN, has had a long career as a writer, story-teller, and actress and continues traveling the world to perform. These three thoughtful figures wowed the audience as they discussed South African authors of old, jazz, and more.

Durban’s first literary festival was a rousing success but could have benefited from wider publicity to draw more people, particularly young people and black people, to the lovely space at the foot of Florida Road, just outside of Greyville. Let’s hope that there is a second, third, and many more iterations of this worthy endeavor. 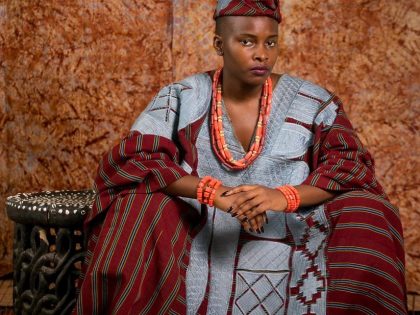 Why I’m no longer talking to Nigerians about race. 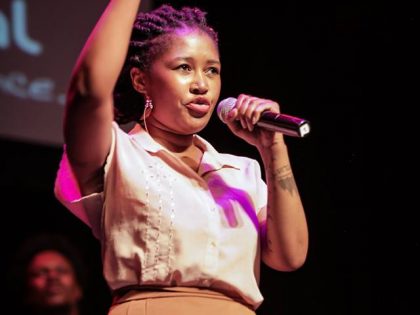 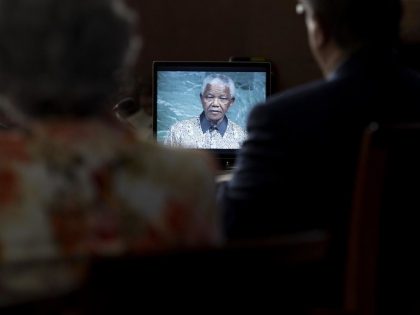 Between Rwanda and Mandela

When it comes to Africa, as Wole Soyinka recently wrote in his book “Of Africa,” the West is constantly careening between hope and despair, Rwanda and Mandela 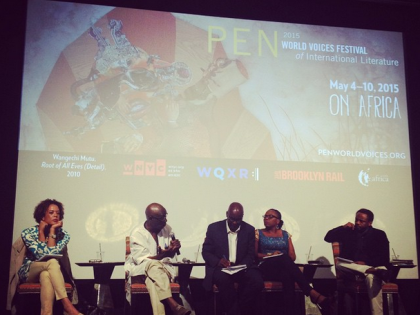 Literary festivals are usually a disappointment. Even when a cherished writer is speaking, the chances are you’d be better off spending an hour simply reading their work rather than going along to watch in person as they try to navigate …