The fisheries sector in Ghana, beset with overfishing and a dramatic depletion of stocks, is facing an imminent crisis. There is widespread illegal, unreported and unregulated (IUU) fishing. As a result, there has been a significant loss of potential income for coastal communities. The country’s fishery sector creates jobs for 20% of the active labor force (2.7 million people), and industrial and artisanal fishing vessels compete for small pelagic stocks. In both sectors, there are severe political obstacles to addressing the crisis.

Currently, there are 82 registered industrial trawlers operating in the Ghanaian waters, down from the peak number of 103 in 2014. However, average fishing capacity of trawlers has been increasing, so it is not clear that the reduction in the number of trawlers has led to a reduction in total trawling activities. Trawlers are obliged to acquire licenses in order to operate. The licensing fees are the main source of government revenue from the trawling sector.

According to official data, catches from the trawlers constitute about 6% of total marine catches. However, this figure is likely to be an underestimation by a significant margin.

First, the Fisheries Commission (FC) lacks the capacity to determine actual catches: catch figures are based on self-reporting by the trawlers, which is subject to manipulation. Then, the trawlers actively engage in illegal fishing activities. Until recently, many trawlers fished within the inshore exclusive zones (IEZ), competing with artisanal fishers over the dwindling small pelagic stocks. Such species are disguised as by-catches (locally termed saiko), frozen in pallets and transshipped at sea to artisanal boats. These catches are not reported.

There are also weaknesses in the prosecutorial system for offenders. When trawlers are caught violating fishing regulations, the case may either be taken to law court or the offenders may opt for an arbitration arrangement known as Alternative Dispute Resolution (ADR), which often assigns less severe punishments. These settlements fail to deter offenders. It is alleged that many officials within the government have stakes in these businesses. By implication, any attempt at promulgating stricter regulation of the industrial fisheries face political backlash.

Canoe fishing constitutes, by far, the largest part of the fishing industry. More than 200 coastal villages rely on fisheries as their primary source of income and have limited alternative sources of livelihood or employment. Over the past 10 to 15 years, average annual income per artisanal canoe has dropped by as much as 40%. Like the industrial fisheries, illegal, unreported and unregulated fishing activities characterize the sector.

Canoe fishing has severe overcapacity. There are no license requirements and no fishing quotas. With limited opportunities for alternative employment, this creates a classic “tragedy of the commons” situation. Moreover, the government has limited capacity to enforce existing rules and regulations and has been unable to prevent the use of illegal fishing methods.

It is a major challenge to persuade canoe fishermen to scale down their efforts in the absence of alternative livelihoods. Any effective reduction in canoe fishing would have to be accompanied by a good strategy for creating alternative sources of income and employment. Without alternatives, it is unlikely that the fishers will voluntary comply with a policy which restricts fishing opportunities. Another problem is that the nature of electoral politics makes it extremely difficult to implement policies that restrict access to fishing for canoes. Political parties and leaders are reluctant to impose such restrictions, fearing electoral losses, since losing votes in fishing communities could prove decisive in elections. For the same reason, it is also politically difficult to cut or reduce fuel subsidies.

If efforts are made to limit canoe fishing, there is a risk that fishing communities will be adversely affected. Canoe-fishing communities are among the poorest communities in Ghana and rely entirely on fishing. Any restriction on fishing activities must therefore be accompanied by a direct support to the affected communities in the form of alternative employment, training and education or direct economic transfers. These challenges—elite interests in preserving the current system, limited administrative capacity, lack of trust in authorities, lack of alternative livelihoods and electoral risks—make it very difficult to limit fishing activities. Ultimately, the challenges are political. There are strong political interests, such as risks of electoral losses and resistance from political elites who profit from overfishing, that prevent the implementation of more sustainable fisheries management policies. Addressing them requires a strong political will and capacity to challenge the interests of those benefitting from the current situation. 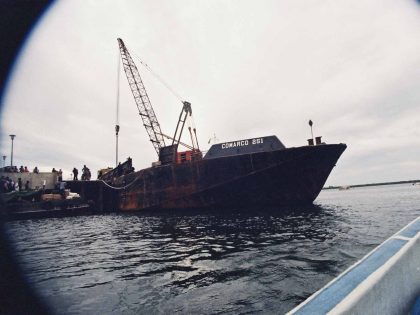 What’s in the future for Lamu on Kenya’s Coast

Lamu Old Town is an ancient, bustling city of palm trees and artisans and stories, where trades and traditions are passed down from generation to generation largely unchanged. Acting as a trading hub for centuries, … 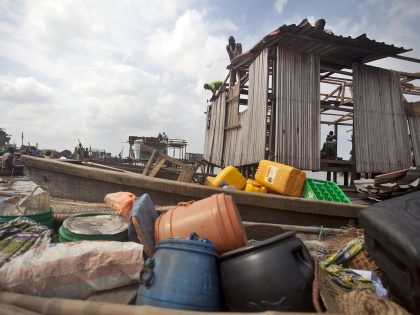 This sea shall be uprooted

Makoko, in Lagos, with over 100, 000 residents, is viewed as a shantytown. There’s more to it. This is the destruction of a community.