“Algeria is an epic, huge, black hole. No one knows anything about.” A very good friend of mine told me this, not long ago. Both of us have covered Egypt post-Hosni Mubarak and been to hundreds of demonstrations. Back then, I asked myself countless times about the day something similar happens in Algeria.

That day came. Things are still unclear about who organized these demonstrations. When I went to protest on February 22nd, I was a bit afraid. I had never protested in my own country. Because of a combination of a 1991 law that puts restrictions on demonstrations and to a 2001 government decree that bans protests in the capital for “security concerns,” anti-government protests are rare in Algeria.

I was pleasantly surprised. Algeria’s streets were flooded with hundreds of thousands of protesters two Fridays in a row; lawyers, students, and journalists took the streets peacefully to express frustration with the current ailing president Abdelaziz Bouteflika seeking re-election for a fifth term.

The country’s economy had been stagnating and suffering from general dissatisfactions from the population. Inflation rates have gone up, foreign reserves down, the currency’s exchange value tanked making it very difficult for many families to sustain a living. Even more, the delusion with the President has become a delusion with the FLN and with the regime more generally.

Bouteflika, who came to power in 1999, has rarely been seen in public since suffering a stroke in 2013. He is reportedly still in Switzerland after undergoing medical checks there over a week ago. Despite health challenges and public outcry, Bouteflika will still be running for a fifth term and in a letter attributed to him, promises major reforms to the constitution and the political system.

But the protesters demand radical change.

Solidarity in the air

Some of the many chants resounding in the center of Algiers, included: “There will be no fifth term, Bouteflika”(ماكانش الخامسة يا بوتفليقة), “peaceful, peaceful”(سلمية سلمية) and “the people reject Bouteflika and Saïd”(الشعب لا يريد لا بوتفليقة لا السعيد)—in reference to the President’s brother, “The people want the fall of the regime,”(الشعب يريد اسقاط النظام). Then tear gas dispersed the huge crowds. Moments later protesters who do not know each other were sharing vinegar bottles. Women were sending them water and towels from their balconies at Audin Avenue.

Political pundits and media outlets have long labeled Algerians as politically passive or unable to protest without violence. These recent demonstrations have shown otherwise. Protests were spontaneous, yet extraordinarily organized. Protestors have been avoiding clashes with the police and have been even cleaning streets after protesting. Still, the majority of international media outlets have dismissed the extraordinary feelings of solidarity and fraternity Algerians have shown, and choosing instead to feature the clichéd images of people and police clashing.

Friday’s protests were mostly peaceful but scuffles between police and protesters did beak out in the evening near the presidential place in the capital Algiers.The clashes were the only events that the state-owned media filmed and aired, creating the perception that they were a central feature of the protests. But protestors were quick to react on social media despite the ruptures in internet services.

But people were quick to react to the events on social media.

Many accused the government of being behind the evening clashes to discredit the movement. The clashes were the only events that were filmed and aired on time, while internet access services were down after Friday prayers; as a result, many protesters who are active on social media were unable to share photos or videos.

The Algerian caustic sense of humor in the spotlight

One of the biggest highlights of these recent protests that were unfortunately dismissed in many news reports, was the massive presence of placards and signs brandishing hilarious slogans that reflected on Algerians’ legendary hilarity.

Algeria has been through a lot, particularly in the last three decades. The country hasn’t grieved or healed yet from the trauma of the 1990s, which was triggered by the army cancelling the electoral process in 1992 and led to a brutal civil war, yet Algerians kept developed a keen sense of humor to laugh at themselves and their situation.

Algeria’s most influential cartoonists are one of the best platforms to showcase the national humor, but the marching crowds brought that humor to the public space. Every single time I stopped to ask demonstrators: “Can I take a picture of your slogans if you don’t mind,” the responses were unanimous: “Only the slogan? We want to be in the picture as well! Post it on social media for the world to see.”

Not everyone is excited by the protests. Earlier last week, Prime Minister Ahmed Ouyahia responded to the mass protests with an old-fashioned paternalist oppressive discourse of either “us” or the “chaos”. Referring to the flowers protestors brought to the police, Ouyahia warned that “the uprisings in Syria started with exchanges of roses.”

Another political figure, F.L.N. party leader Mouad Bouchareb, addressed the protestors with disdain: “To all those calling for change: I say dream on, and sleep well!” The FLN was the dominant movement in the independence struggle against French occupation and has governed Algeria since.

Politicians in Algeria seem to live in a completely different reality or a parallel world. They are rejecting a spontaneous grassroots movement, answering it with conspiracy theories rather than real consideration. Noureddine, a retired journalist, argues “that [dismissing protests as conspiracy theorists) is not working anymore. They cannot carry on insulting people’s intelligence. The new generation is not stupid. People are not afraid of their intimidating tone.

Many veteran journalists and media experts were in the streets as protesters, but now isn’t the right time to question the invisible lines between journalism and activism, not in a country were media crackdowns are a daily practice. “Make no mistake, Algeria is not Iran for instance,” a colleague told me one day. I am afraid it’s worse now, just underreported.

The media reality is pretty alarming. Freelancers are having a hard time getting accredited. Those who report for foreign outlets are generally accused of being troublemakers or spreading harmful reports about the country. Impartial news outlets are a dire need, and they struggle in this climate.

Last Thursday, police briefly detained at least 15 journalists at a protest in Algiers. They were detained in various police stations before being gradually released hours later. State media only started covering the protests on Tuesday after journalists publicly complained they were being prevented from doing so.

It maybe time to stop speculating

Algerians have just started to get a taste of taking back the public space. It is tiresome to see linkages of these events to theArab Spring and too early to connect them to October 1988. It is hard to predict, but the future does not have to reproduce the violence of the past. Still, the government’s insistence on forcing Bouteflika’s candidacy is evidence that the current regime is unprepared for a change, but they are not challenged by a strong opposition. I strongly believe that what comes next will be guided by the strength of solidarity of the people who are leading this extraordinary movement, their solidarity against this ridiculous status quo. 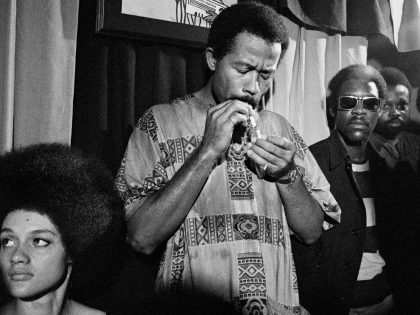 Algeria and the Black Panthers 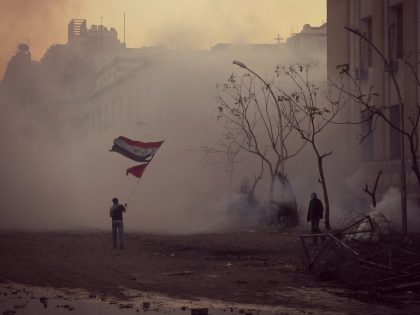 The Arab Left at an Impasse

That the recent revolutions failed to transcend political stagnation, is a product of the way neoliberalism functions as an ideology. 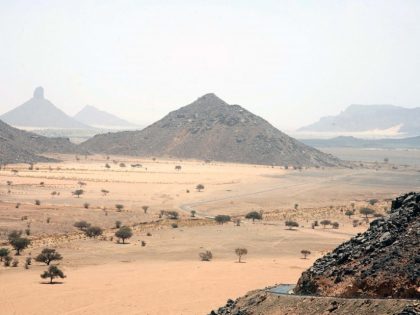 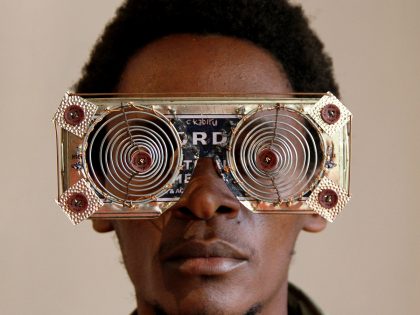 How anonymous parties define, construct, and support uprisings in Africa via social media.

January in Cairo: Nothing has changed in Egypt

On the third day of the New Year millions of Egyptians in governates outside the city voted in the third round of elections. In the capital, the Supreme Council of the Armed Forces (SCAF) has … 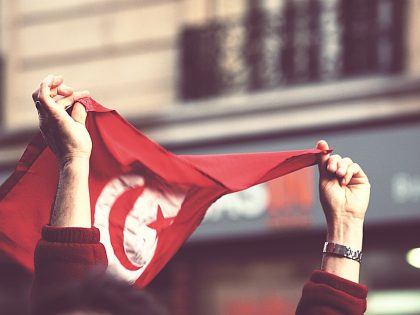 The Assault on Patriarchy in Tunisia