“I heard of your return home from Mama Atim our next door neighbor. You remember her, don’t you? We used to talk about her on our way to school, hand in hand, jumping, skipping, or playing run-and-catch-me,” reads the first line of Monica Arac de Nyeko’s Caine Prize-winning short story, “Jambula Tree.” The narrator, Anyango, hears of the return of Sanyu, her girlhood love who had been sent away to London after the two girls were caught in an intimate moment under a jambula tree. Anyango recounts their courtship in the Kampala housing estate where many of the economically struggling characters are trapped in loveless relationships and where soldiers in green uniforms have become the new order.

In the story Anyango anticipates Sanyu’s return, telling Sanyu where to find her and what to expect to see in the neighborhood that has not changed much at all. Though the reader never knows what becomes of the two lovers (the entire story is narrated the day before Sanyu’s arrival) it does end with hope. Anyango describes the picture of the purple jambula trees she has hanging in her room and says: “Sanyu, you rise like the sun and stand tall like the jambula tree in front of Mama Atim’s house.”

“Jambula Tree” is the story that Kenyan director Wanuri Kahiu chose to adapt into a film when she was looking for hopeful African love stories, stories that would showcase the joy, frivolity, and tenderness of young Africans falling in love with each other. Kahiu’s film keeps many of the main plot points of “Jambula Tree” as well as its youthful and hopeful overtones but she makes several changes. First, the film is called Rafiki, which means friend in Swahili. During the shooting of the film Kahiu and the crew did not want to draw attention to the fact they were making a lesbian love story. Though the script was in fact approved by the Kenyan Film and Classification Board before filming began and police were on set as was required by law, they still wanted an inconspicuous title not linked to the short story. They settled on Rafiki, which, as Kahiu has stated in several interviews, is how queer Kenyans need to introduce their partners in a society where it is not yet safe to name their love directly.

Another change Kahiu makes to the original short story is to situate the film unambiguously in Nairobi. This is accomplished immediately in the film’s pulsing and energetic opening sequence that might remind film enthusiasts of the stunning fast-paced openings of films like City of God or Slumdog Millionaire. But unlike global slum films, Rafiki takes place in Slopes, a middle class neighborhood comprised of a group of apartment blocks. In this sense it is more like Do The Right Thing, or, for African film buffs, Quartier Mozart. The opening scene shows Kena (who takes the place of Anyango in the film) skateboarding through the housing estate in one of her signature coral v-neck t-shirts. As Kena skateboards, there are quick cuts to many of the neighborhood’s other residents going about their daily life—hula hooping, cooking, sharpening knives, shaving, playing checkers, etc. Throughout the film Kahiu pairs images of the Nairobi housing state with shots of Nairobi’s skyline and sets her characters next to local kiosks and eateries. She also includes hip Kenyan fashion brands, bags, and artwork as well as a musical soundtrack that consists almost exclusively of Kenyan women under 35. The result is a visual and sonic feast, which is bolstered by the film’s vibrant color scheme that too seems inspired by the purple jambula tree of Arac de Nyeko and the green uniforms and tree branches that accent her story. In Rafiki, though, the purple is blended into a palette dominated by shades of pinks, pink-orange, and red and accented not only by rich greens but also by bright blues and yellows. The costumes, settings, and lighting are meticulously color coordinated.

If the whole film feels likes a giant painting that is, no doubt an intentional stylistic choice made by a director who describes her art as Afro-Bubble Gum, as fun, fierce, and frivolous. But the beautiful color scheme and musical selections also help Kahiu to cinematically re-create the anticipatory feeling of “Jambula Tree.” Unlike the short story that begins with a promising return, Rafiki is linear (the ending is not revealed until the film’s final scene), which means that Kahiu has to find different ways of infusing hope throughout the film. Both the short story and the film are full of hopeful yet hesitant expectation but in Rafiki this is felt more through the mise-en-scène (images, sounds, costumes, lightening, physical dynamic of the characters, etc.) than through the plot alone.

It seems fitting, then, that Rafiki should find itself situated in the middle of such an anticipatory moment, a moment that Kahiu, who began working on the film seven years ago, could certainly not have anticipated. Much has been written about the film’s debut at Cannes. Not only was it the first Kenyan film to feature there but it also received a 10-minute standing ovation from the crowd. Back in Kenya, however, the film was banned by the Kenyan Film and Classification Board even after CEO Ezekial Mutua praised Kahiu. Kahiu then decided to sue the government and won a seven day temporary lift on the film so that it could be eligible for an Academy Award. For seven days, crowds flooded theaters in Nairobi, Mombassa, and Kisumu breaking box office records. The queer community felt they were part of history.  Some went to the cinema multiple days in a row to see the film but also to hold hands and cry together. They brought friends and family and, despite hearing the occasional snicker in the audience, felt an enormous joy at having their pain and love acknowledged in such a beautiful work of art. And then, when the seven days were over, the film was re-banned.

However, as Rafiki tours the world and racks up prizes, queer Kenyans are counting down the days until February 22, 2019, the day when three judges at the Constitutional Court in Nairobi will issue their decision on whether they will repeal colonial-era laws that criminalize homosexuality. [Update:  The ruling was delayed until May 24th, 2019.] It is clear that Kenyan queer activists and those in the #Repeal162 movement feel hopeful. The community has in fact been buoyed by recent legal wins in Kenya—the temporary unbanning of Rafiki as well as the abolishment of forced anal exams—and by the momentous decision to decriminalize homosexuality in India, a country whose 1860 penal codes were imported into colonial Kenya by the British.

The Kenyan case, which was heard almost exactly a year ago, was brought by Eric Gitari, who was the executive director of the National Gay and Lesbian Human Rights Commission (NGLHRC), an organization that provides legal services to Kenya’s LGBTI community.  The wait has been long, but currently NGLHRC’s website has a giant countdown clock ticking away the seconds until the decision will be issued.

It seems, then, that the Kenyan queer community at the moment is in the same position as Anyango in “Jambula Tree”: they are anticipating a moment that may very well be joyous but that will nevertheless be unable to erase past pain. And, of course, they know that like Anyango and Sanyu’s housing estate, it might be the case that things will remain the same. At least for a bit longer. 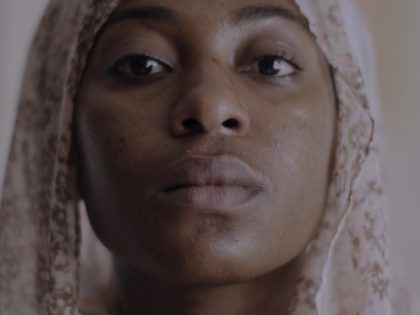 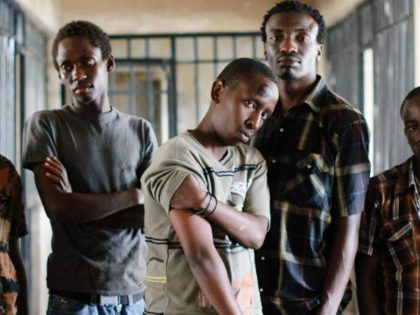 Nairobi Half Life is a smart, take-no-prisoners action movie that makes us to wrestle with the neoliberal city.