Homosexuality continues to be a dangerous topic in Senegal. There, as in much of the African continent, heteronormative behavior is enforced with violence. In his new novel, De purs hommes (Pure Men), published in French in a collaboration between French and Senegalese publishers, Mohamed Mbougar Sarr launches an attack on these prevailing mores with rare audacity. The protagonist is a young professor, Ndéné Gueye, whose feelings of disgust at a video of gruesome homophobic violence cause him to rebel against the hypocrisy of his compatriots. Someone’s cellphone has captured a grisly postmortem lynching of a suspected gay man buried in the Muslim cemetery. A furious crowd digs up and desecrates his corpse. Moved by horror and pity, Ndéné searches for the victim’s identity, only to be accused of homosexuality himself.

The reader discovers with Ndéné how Senegalese society’s pious rebukes of so-called western debauchery only serve to mask its own neuroses. Postcolonial resentments and barely repressed sexual frustrations fester not only among the urban masses, but among the clerical class of Muslim religious leaders or marabouts. The result: a frightening need to blame a scapegoat.

Perhaps surprisingly, the novel does not seem to pander to a western audience so much as it tries to unsettle a Senegalese one—the kind of reader who remembers the real “moral panic” of 2008-10 that shook Dakar and the whole country. The plot unfolds in those years, when a series of scandals linked to accusations of homosexuality exploded in the national media. Amid the ensuing backlash, hastily filmed scenes of retaliatory exhumations circulated on social media and on DVDs in the market. After chronicling some of these real-life incidents, the novel adds, in a sad wink to the reader, a fictitious conclusion to the scandals by recounting the publication of a “pro-gay” novel whose author commits suicide.

Indeed, the author recognizes the danger he is courting by speaking so openly on this topic, even 10 years after the frenzy last hit fever pitch: “Let them cover me in spit,” declares the narrator, “let them rip me to shreds with their teeth, let them break my bones and drag me naked through the streets, let them pour insults on me and my deceased mother, […] let them lynch me and abandon my body to the elements, guts to the sky, like rotting carrion” (my translation). To be clear, it is not the suspect found guilty of sodomy who is exposed to this grotesque fate, but the person who is merely accused. The devastating effects of accusation and rumor are, far more than the lurid details of sexual intimacy—which are not absent in the text—the novel’s main focus.

There is no doubt that this book is an indictment of Senegalese homophobia. Yet, its attention to the specificities of local context does not allow us to lump it in or dismiss it as pro-western or pro-LGBT hype. Indeed, its attention to nuance is so careful that it sometimes borders on pedantic. Some readers will see through the didactic tone of passages, which juxtapose opposing points of view on homosexuality via dialogues between characters. Progressive voices (Rama and Angela) oppose reactionary ones (imams, students), as well as relatively lenient ones, which seek to tolerate the existence of góor-jigéen (men-women) while reducing them to silence. This sense of a sociological or pedagogical mission stands out when the novel expounds on the ambiguity of the term góor-jigéen, which can refer to cross-dressing and/or any sexual orientation outside of normative heterosexuality. “But all that technical language is useless in this country” (my translation).

By combining documentary and fictional modes, this approach calls the reader to move past simple binaries like good vs. bad or human rights vs. fanaticism. The novel refuses to rehash the slogans of any particular orthodoxy, including the international LGBT agenda. The critique of the excesses of Senegalese collective paranoia never goes so far as to demand decriminalization of gay sex, let alone a pride parade or marriage equality on African soil. The text even invites us to see certain rationality behind the insanity of public lynchings: “All this might seem cruel, inhuman, but there is nothing more human,” explains the narrator’s father, an imam. “To remove those who offend, with violence if necessary—nothing is more human than that” (my translation). Alongside its call for Senegalese hearts to become more tolerant, this book is also a call for all readers to understand that things are complicated. The homophobe, like the homosexual, is still human, after all.

In sum, the composure with which Sarr has dared raise his voice in this novel is remarkable. While a few researchers and NGOs have published specialized studies of homosexuality in Senegal, it is a rare artist who is willing to shock the wider public’s mores with such force. Readers might remember the scandal caused by the film Karmen Geï (2001), whose star actress publicly regretted her role in depicting a libertine bisexual femme fatale. If De purs hommes is read in Sunu gaal (“our boat,” a Wolof nickname for the nation), it will certainly make waves.

‘The Worst Place To Be Gay’

Homosexuality can get you beheaded in Saudi Arabia and there are several other places with similar policies. But, Uganda’s pretty bad. 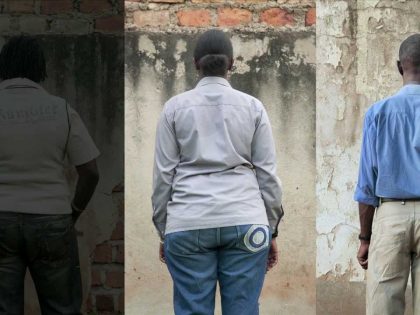