The Ghanaian film, The Burial of Kojo, is a gift to self, offered as a collective experience which expands on African oral traditions and allegories of a metaphysical journey. The film sparks a vital conversation about the intersections of heritage, politics, and spirituality in Ghana and in Africa at large.

It is a tale of two brothers, Kojo and Kwabena, whose tumultuous relationship spirals when Kwabena’s wife dies on their wedding night in an accident caused by Kojo. The story is told through the voice of Kojo’s young daughter Esi. Embodying the future, Esi represents a generation tackling a complex conversation between the present and an ancestral plane of sorts, where her dreams lead her to uncover truths about the masked rivalry between her father and uncle Kwabena. Playing on facets of time and space through a magical realist lens and a non-linear plot, the film unfolds with Esi caring for a Sacred Bird that is hunted by a mysterious crow; lending it a thread of symbolism and foretelling. When her father goes missing, Esi sets the Sacred Bird free to encounter him again. As her mother Ama and a local detective struggle to locate Kojo, she is often shown running, alluding to the pressures of running out of time. Esi is also wise beyond her years, taking on the role of her father’s keeper in a tender relationship where they are ever-present in spirit and flesh.

This award-winning screenplay is written and directed by Samuel Bazawule, a renowned hip-hop artist who goes by the stage name Blitz the Ambassador. His music has long fused traditional and contemporary sonic elements, with accompanying ethereal videos detailing lived-experiences in Africa and the diaspora. In this same storytelling tradition, Bazawule reintroduces his homeland Ghana to the world in The Burial of Kojo, highlighting the neglected beauty of the everyday in an unconventional manner. We begin inside our minds, led by curious visuals and electric feels, as the opening scenes provoke familiar memories that resemble mysterious terrains. We transition between urban and rural, into dreamscapes and landscapes animated on inverted screens with delicate treatments of color, shadow-play, and sound. I am reminded of the fluidity between life and the afterlife, of navigating through bliss and pain, and of elusive memories from my childhood which resurface through the eyes of the young narrator Esi.

As the plot unveils, we are forced to face politically charged undertones that deal with corruption, galamsey (illegal gold mining), and unemployment in Ghana. The social, spiritual, and emotional implications of the risks taken by the marginalized, Kojo and his family, are linked with the jarring realities of police bribery and Chinese-led neocolonial activity in Africa. However, the people, emotions, and culture remain central in this narrative as the film provides insight into the intimacies of family. As much as it is a tale of betrayal, survival, and exploitation, it is equally about ontology, purpose, and innocent curiosity. Through the inclusion of metaphorical characters, The Burial of Kojo prompts us to reimagine dimensional binaries and the coexistence of “utopia” and “dystopia” in an African terrain. The incorporation of a foretelling telenovela, with a parallel narrative to that of Kojo and Kwabena, adds a twist to this play on spatial awareness. Elements of afrofuturist spaces, much like Black Panthers’ Wakanda or the Kingdom of Orïsha in Children of Blood and Bone, are visualized through riveting cinematography that alternates our senses between mind and matter.

The Burial of Kojo is an affirmation of the power of representation and a jolt in the culture of visual storytelling. The research and time poured into this production is evident in the questions we are forced to ask ourselves and the symbolisms that stretch our imaginations during the viewing experience.

At the Accra premiere Q&A session, Bazawule urged young African film enthusiasts to take advantage of our backyards, where our natural environments are ready-made film sets which others struggle to recreate elsewhere. The powerful visuals in The Burial of Kojo streamline the beauty in simplicity throughout Africa. Bazawule reiterates that when challenged by finances, we must hone the currency of time and nature. For him, Africans need to continue defining our narrative, writing ourselves into the future, and reversing the foreign gaze that has long plagued us. There is a necessity for organized advocacy, investment, and ownership within the industry to allow space for self-determination. At the premiere, the energy in the room swelled at the relatability of black bodies dancing to a classical ensemble fused in a score that pays homage to sounds from northern Ghana. With audiovisuals and songs of affirmation arranged by Bazawule himself, the film creates space for reflection, provides means to tap into indigenous spirituality and cultivate self-consciousness. On a global scale, Bazawule’s work aims to build empathy and familiarity with the nuances of African experiences and our shared humanity.

The Burial of Kojo transcends film into a critical movement; thus a catalyst for championing this medium of storytelling in Africa. Despite the “major star” culture in Ghana, which relies on celebrity endorsement and recycling the “big hitters,” this independent film was able to break from the mold in numerous ways. From a hugely successful crowdfunding campaign, winning Best Narrative Feature (World Cinema) at the 2018 Urban Film Festival in New York, to casting the fresh faces that greeted us at the end of the premiere. The Burial of Kojo’s fully Ghanaian cast of stars include Cynthia Dankwa, Joseph Otsiman, Mamley Djangmah, Kobina Amissah-Sam, Ama K Abebrese, Henry Adofo, Anima Misa, Joe Addo, and is co-produced by Kwaku Obeng Boateng and Bazawule, along with a predominantly Ghanaian crew. This production marks an affirming moment which I was privileged to experience in its home of birth. 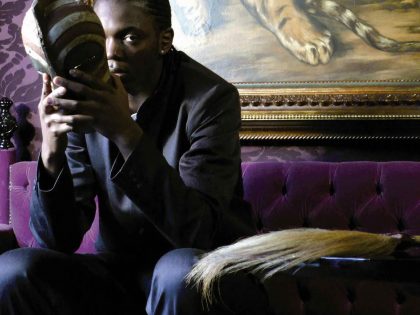 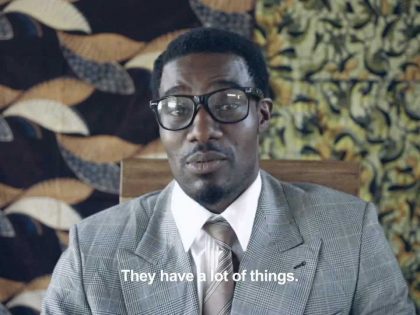 Blitz the Ambassador released his short film to accompany his album Native Sun which was released two weeks ago.