Last week, Ghanaian journalist Godfred Akoto Boafo sat down with Mark Green, the administrator of the US Agency for International Development (USAID). Green was in town with First Lady Melania Trump, who toured Accra’s Ridge Hospital, just a day after massive rains overran the capital’s dilapidated infrastructure, flooding many parts of the city.

Boafo began the interview by asking, “USAID has been in Ghana for a while, but you don’t make too much noise. What are some of the things you’ve been engaged in?”

I am not quite sure what Boafo meant, as any visitor to Accra, and certainly anyone involved in the development sector will tell you about the omnipresence of red, white and blue USAID signboards and USAID funding of health, sanitation, agricultural, educational and governance initiatives across the country.

And yet, in the area I am most familiar in, agricultural development and technology, I can understand why it might be easy to miss USAID’s presence. Since 2013, I have been researching research, design and activism around genetically modified seeds in Ghana, or “GMOs” as they’re often called in Ghana and the US. The story of GMOs in Ghana is a controversial one, and one that is deeply entrenched with USAID funding, programming and personnel. Yet, as Boafo suggests, USAID does not place itself at the forefront of these efforts, but behind the scenes.

Rather, USAID, along with other major GMO proponents and funders—namely the Rockefeller Foundation and the Bill and Melinda Gates Foundation—create broker organizations to mediate between government officials, scientists, and major agribusiness companies. These mediaries—the Program for Biosafety Systems (created under George W. Bush’s Initiative to End Hunger in Africa), the African Agricultural Technology Foundation and its communications arm, the Open Forum for Agricultural Biotechnology—operate at the country-level in Ghana and half a dozen other target African countries.

In the post-Structural Adjustment world, in some cases donors have opted out of direct, public lobbying (presumably worried about the PR mess it could create) and instead create organizations to do their bidding. And it is these broker organizations, not the Ghanaian government nor the Ghanaian scientific council, who brought GMOs to Ghana, who fund their research and lobby to liberalize the seed sector, establish regulatory law and implement exclusive intellectual property rights for plant breeders.

These relationships are messy and complicated, and policy reforms that are coupled with development agendas deserve scrutiny.

In Ghana, a social movement called the Food Sovereignty Platform has been agitating against donor-introduced agricultural policies (those I describe above) for the past five years. In response, some of these same broker organizations have described activists as “anti-science” and “pro-poverty,” overlooking the crux of their concern: the liberalization of the Ghanaian seed sector at the request of international donors, including USAID.

Similar policy reforms are happening across the continent. As Americans worry about the influence of a foreign power on their own elections and governing institutions, the time is ripe to ask not “does aid work” (as Boafo asked Green), but “how does aid work?”

By doing so (the AIAC archives are a good place to start, as are reading anthropologists of development), and by taking seriously the concerns of activists such as those in Ghana, we may begin to dismantle structures of aid that continue to marginalize and instead build up programs in solidarity, not apart, from those we wish to serve. 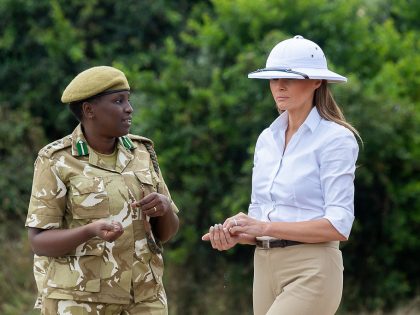 When Melania Trump went to Africa

Pith helmets and jodhpurs aside, Melania Trump went to four African countries to promote her “Be Best” education initiative. What’s that about? 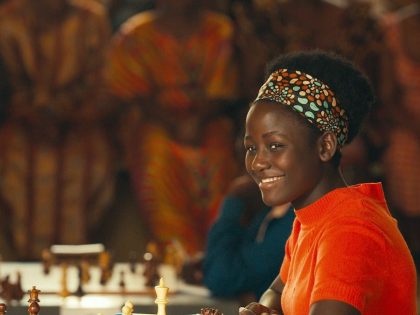 A different kind of girl power

In recent years there has been a global convergence on the “girling of development”; in other words, girls’ empowerment and education as a way to address poverty. This includes corporate campaigns such as Nike’s Girl Effect  …