In 1980, for the first time, Zimbabweans—yes, Zimbabweans, no longer involuntary subjects in the rogue nation of Rhodesia—lined up by their millions to cast their vote in their first democratic election in the newly freed nation.

Back then, Robert Mugabe was a national and pan-African hero: a leader of a successful anti-colonial movement. Bob Marley sang at the inauguration, which, in hindsight, may as well have been a coronation. Mugabe would, through a brutality that mirrored, and then surpassed that of the racist white supremacist Ian Smith, continue to rule over (not lead) the country to an unconscionable decline for 37 years.

It would be Emmerson Mnangagwa (known simply in Zimbabwe as “E.D.”), Mugabe’s longtime brutal bodyguard-turned-second-in-charge, who would bring about his ousting in the surprise military backed “not-coup” in late 2017.

The crowds that gathered around the army tanks in the streets in November 2017, celebrating the end of the Mugabe era, rivaled those that hailed his ascendancy a generation earlier. Despite E.D.’s fingerprints over every single oppressive act since Independence, including the genocidal ethnic cleansing “Gukurahundi” that consolidated Mugabe’s power in the early 1980s, 37 years of Mugabe made anyone look preferable. Reminiscent of the US’ rose-colored nostalgia over the war-crime ridden presidency of George W Bush in light of the catastrophe that is Donald J Trump, E.D. wasn’t Mugabe, and at least for a short while, that made him David to his mentor’s Goliath.

Late last month, in a previously unimaginable election in which Mugabe’s name was not on the ballot, Zimbabweans stood in line to vote again. Mugabe, uncomfortable on the sidelines, inserted himself into the election on the eve of the historical vote. He stirred up confusion and controversy in the waning hours of the campaign during a press conference, declaring, “I can’t vote a party or those in power who are the people that have brought me to this state. I can’t vote for them. I have said the two women presidential candidates don’t offer very much. So what is there? It’s just [opposition leader Nelson] Chamisa.” The delivery was given in his personal brand of sardonic humor. Even the press corps couldn’t help but laugh. How ironic that Mugabe, after ruling Zanu-PF for so long and mentoring his imposed predecessor, would not vote for them. But by aligning himself with the opposition, Mugabe tainted the appeal of the alternative. Genius. He’s still the most skilled politician in the nation, even from a deserved forced retirement.

Speaking to voters throughout the July 30 elections, my prevailing sense was “hope.” Nelson Chamisa, the challenger most likely to succeed amongst the 22 candidates running against the incumbent E.D., had broad support in the densely populated urban areas. Forty years old, charismatic and personable, Chamisa, who survived an ugly leadership battle after the death of his predecessor (and thorn in Mugabe’s side) Morgan Tsvangirai, has been Obama-esque in his popularity. Despite a demonstrated tendency toward hyperbole and outright lies, his support (as evidenced by the crowds at his rallies) was huge, lively and excited.

If ever there was an image to capture the mood of Zimbabweans on the eve of the polls, that was it. It remained unclear whether Nelson Chamisa’s relative youth represented the ushering in of a new era of transformative leadership, or the beginning of another long dictatorship, but for many, the hope was enough. Obama campaigned on “Hope and change”; Zimbabweans, beaten down by a generation of oppressive leadership, were more tempered: Hope, then change.

The results, revealed as a slow motion sledgehammer to the optimism of an emotionally, economically and physically beaten down populous, were expected by the cynical. ZANU-PF, the ongoing ruling party, prolonged the status quo with a parliamentary majority, and E.D. legitimized his ill-gotten presidency with an electoral victory.

Hope turned to despair, anger and resignation, in predictable stages, and the supremacy of the ruling party was established by all means possible. The image of a soldier, in fatigues, kneeling in the streets of the capital city, taking directed aim at retreating crowds with an AK-47, will long haunt every Zimbabwean, especially the families of the four protestors whose lives were taken from them by the army they were celebrating less than a year ago.

Every country has a myth that it believes of itself. For Zimbabweans, after suffering through the Mugabe era without a civil war, the myth is “Zimbabweans are a peaceful people,” (with the ever present unspoken “unlike other African countries.”) The post-election violence, then, was especially shocking and grievous to the national psyche. Yet the notion of inherent peacefulness is a myth, as Zimbabwean writer Rudo Mudiwa (@seka_hako) wrote in an insightful Twitter thread responding to the state’s violence following the election results:

The notion that Zimbabwe is inherently peaceful is a fiction that only serves to cover up the state’s violence. We see the limits of that language, and who it protects, in moments like this. That fiction that we are better than other African countries because our politics are less violent (“this is not Mogadishu,” someone said) also prevents us from learning from them. I’ve been struck today by how many other Africans were retweeting us and saying they know how we feel. I remember being at a conference a few years ago and someone was talking about “post-war African societies” and mentioned Zimbabwe. And I was taken aback because all my life I never considered us to be one of those types of countries. We are not peaceful or peace loving. So much of the lives that people live are characterized by slow violence. Look at our newspapers—weekly accounts of deadly crashes caused by bad roads, preventable hospital deaths, diseases caused by water contamination, many more things we can’t even see. That is not peace! The government has made us all invested on preserving a nonexistent peace when what we really need, and what they have to deliver, is freedom.

“It feels like 1980,” someone said before the election. Freedom felt attainable then, when it was clothed in change. It visited, but never stayed. So we’re back to hope. As Chamisa contests the election results in the courts to mixed reactions from a populous desperate for peace and prosperity, Zimbabweans are once again forced to find a new home for their hope. True change, at least in the government, looks less likely, and thus the new old resting place for hope deferred lies either in a judiciary system with dubious legitimacy or in the false change represented by a new-ish President with an old agenda. 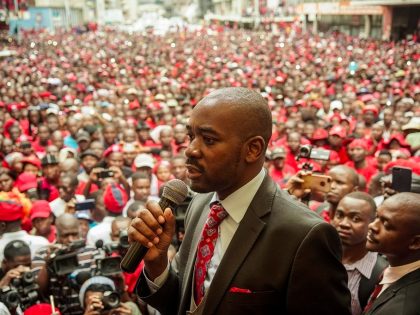 The Nelson Chamisa chimera in Zimbabwe

While entertaining, the showy presidential campaign of Zimbabwe’s opposition may not amount to much on July 30th. 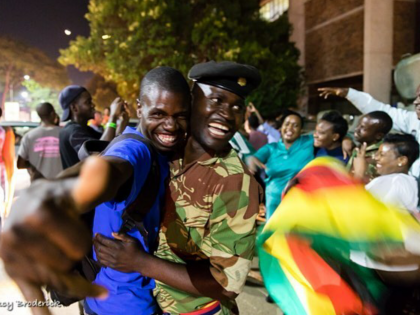 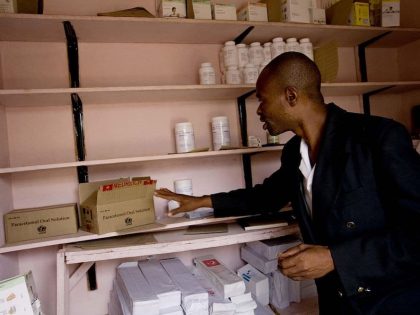 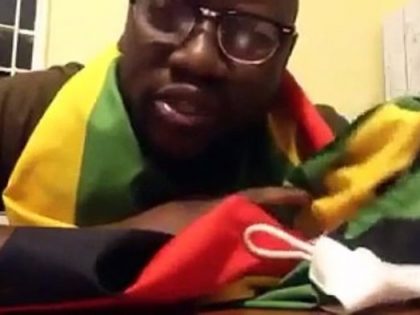 The struggle for moral authority in Zimbabwe

Zimbabwe’s regime does not to surrender to anyone its guardianship of the post-independence narrative, symbols and authority. 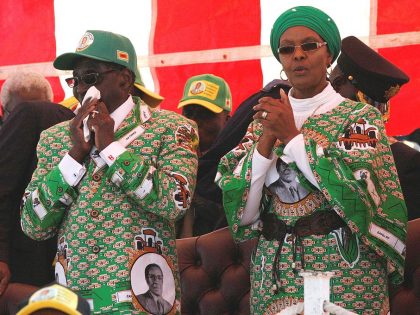 The Rise of Grace Mugabe of Zimbabwe

With the exception of Hillary Clinton’s attempt at entering politics during Bill Clinton’s first term as president there hasn’t been a more contentious First Lady.