I am sitting with my father, in a dark living room packed with men. Senegal is playing at the African Cup of Nations in Cairo, Egypt. I don’t remember the opponent. But that year, as renowned and ancient Senegalese sports journalist, Abdoulaye Diaw, always reminds us, we reached the semi-finals. I don’t remember women being there. They would be in the kitchen, cooking, cleansing and fixing something. Sports is a male thing. Suddenly, my father, my uncles, my cousins all wake up in unison. Senegal has scored, I guess. On these rare occasions, men who are always so serious shout, jump and dance. As for me, I am on my tall father’s shoulders, dizzy and thrilled. That day, I begin to envision the magic of football.

I watch the German Bundesliga, which at the time is the only TV channel OTRS is airing. I am already acquainted with Beckenbauer (we pronounce it “bakken beurre,” combining the Wolof word for nose and the French word for butter, which makes me think of someone who has butter on the nose). He has long retired and managed Germany to the World Cup title in Italia ’90. Others: Karl-Heinz Rummenigge, Buruchaga, Jean Tigana, Franco Baresi. I reckon they are all retired by then. But I so often hear their names in my uncles’ heated discussions that I, in turn, love and revere them.

I know many more players because my cousins get those sticker albums—via the Italian company, Panini—with the full-color, tiny portraits of players: Italians, French, Dutch, Brazilians. I don’t remember any from an African team. The only thing I know about any African team is Pepe Kalle’s beautiful tribute to Cameroon (“Roger Milla” in, 1992): “Ma-ka, Ma-ka, Ma-ka, Ma-ka, Ma-kanaky, Ma-kanaky.” Cyril Makanaky is a key player in the Cameroon team of Italia ‘90, which defeats Argentina, the defending champions, in the opening match of that series.

The World Cup is happening, this time in the United States. My cousins adapt a song by Lemzo Diamono, a successful band of the day, to praise Brazilian players.

“Regreg Bodian, Romario gor la, Regreg Bodian, Bebeto gor la, Regreg Bodian, Dunga gor la.” RegReg Bodian is a Djinn character in a popular sitcom. Romario gor la, literally translates as Romario is upright, as are Bebeto and Dunga for their talent and engagement. Later on I too learn to love these players, but my favorite Brazilian players are Rai, Roberto Carlos and Ronaldo. My father tells me that Rai’s brother Socrates was exceptional. I don’t know Socrates, but my father’s love for him is sufficient reason to admire Rai who is a committed player. As for Roberto Carlos, I am literally yearning for his curved long shots. Brazil wins the World Cup and my cousins are elated.

I decide that I am Nigerian. I have a true passion for Rachidi Yekini and Jay Jay Okocha. I am amazed by Taribo West’s epic hairdos and Nwanko Kanu’s apparent frailty. I know every single Nigerian player. At the Atlanta Olympic Games in 1996, we reach the final and are playing against Argentina. We win. The whole competition I shout at the top of my lungs.  My most vivid memory of the France World Cup is the first match between Nigeria and Spain, when Sunday Oliseh scores from afar. I fall on my knees, screaming and crying at the same time.

“Su fiyemoonsax mu neex, bilay neex na ba pare” (“you could stop right there, it is already beautiful”) sings Youssou Ndour in Wolof. Senegal has just qualified for the quarter- finals of the World Cup. Never have I seen our nation so united over one ideal. As soon as the match ends, loud music breaks out and plays songs devoted to the Lions. Artists create beautiful collaborations praising and encouraging the national team. As the music plays, children sporting jerseys of Henry Camara, El Hadj Diouf, Kalilou Fadiga swirl in the street, waving little Senegalese flags. Older people, women and men, are celebrating too: laughing, shouting and dancing.

The Lions of Teranga, trained by a former 2002 player Coach Alioune Cisse make it to the World Cup for the second time in the history of Senegal. Since the qualification, we have been febrile as to the composition of the team and speculations on the tactics are numerous. In Senegal, there are as many coaches as there are supporters. Millions. Everybody here is an expert and always comments “après-match” on tactics. Coach Cisse has been consistent in his selection. I support Leroy Sane, not merely for his talents but for his father, the former Senegalese player Souleymane Sane. Sane absent, I will definitely check on Khadim Ndiaye who is the closest we have to a local player. Ndiaye plays in Guinea and has been some sort of sensation in Senegalese social media.

May the spirit of la tanniere in 2002 be with us, and the boys make a true squad: avid, fearless and carefree. Senegal, ca kanam. 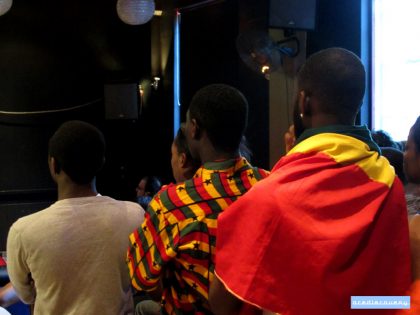 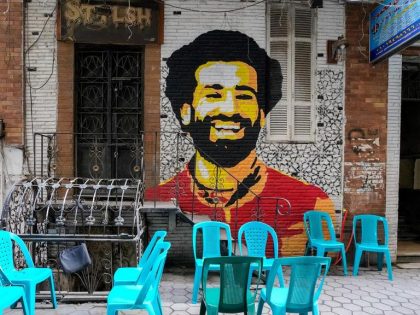 Reliving the epic quarterfinal match between France and Brazil at Mexico ’86.