In October 2014, a popular insurrection by a mix of youth and civil society movements overthrew the 27-year-old dictatorship of President Blaise Compaoré. Artists particularly played a key role in the uprising and thought deeply about their roles. One of these was the rapper Smockey, also a veteran activist and one of the spokespeople of Le Balai Citoyen (or “The Citizens’ Broom”) movement that would protest with brooms to symbolize sweeping the government from power. As Smockey put it: “Music is the sugar coating for our political combat… when you do it with poetry, humor, and art, you sublimate the message.” And the visual artist Mohamed Ouédraogo, correctly predicted Compaoré’s fall from power when he said “an overripe fruit will eventually fall off [the tree].”

These artists are the subject of Burkinabè Rising, a feature-length documentary that critically examines how the vibrant art community in Burkina Faso, used their art to help bring about political changes and question the status quo. The artists included rappers, slam poets, graffiti artists, visual artists, choreographers, photojournalists, actors, and musicians. Many of these young artists were born after Thomas Sankara, Compaoré’s predecessor, was assassinated in a coup on October 15, 1987.

Some of Sankara’s major achievements include naming the country Burkina Faso, implementing progressive policies on women’s rights, education, health and environmental protection, instilling in the Burkinabè people a sense of pride of who they are regardless of socio-economic status, and to fight injustice. For a country that has more than sixty different ethnic groups, the name Burkina Faso (“Land of the Upright People”) reinforced national cohesion. In the film, the actress Odile Sankara underlines the need to build on Thomas Sankara’s progressive policies because “any development fully integrates women and youth.” For these artists, “our aim is to implement his [Sankara’s] vision, to make it immortal, to simply make it tangible,” as the social activist Serge Bayala notes. They consider themselves heirs to Sankara’s ideas about self-reliance, integrity, and being change agents (individually and collectively).

The documentary opens with aerial shots showing the city of Ouagadougou and closes with another long aerial shot of Sindou Peaks, near Banfora, west of Burkina Faso. These shots contextualize the austere Sahelian environment in Burkina Faso, in which the residents have shown resistance not only to nature, but also to forms of domination and oppression.

The film is an ode to the Burkinabè youth who wanted a say in how the country was governed and demanded justice for the economic and political crimes perpetrated under the Compaoré regime. It was a rule that tried systematically to erase Sankara’s achievements from the collective memory as a way to gain legitimacy and popular support, silenced dissenting voices by assassination (the case of the investigative journalist Norbert Zongo) or corruption. Favoritism is also another characteristic trait of the regime because high profile posts in the public administration and business contracts went to supporters of then-ruling party. As Bayala puts it, “Blaise’s 27-year rule led to the disintegration of Burkina. And made us lose our sense of dignity.”

The strengths of the documentary lie in its polyphonic narration and the insightful selection of images to illustrate the poignant stories. The polyphonic narration, unlike the use of voice-over in many documentaries, allows the story of the resistance to be told from multiple perspectives, those of the active participants in the popular insurrection speaking in their own words.

The position of the camera in this story is not that of the outsider looking in from the perspective of otherness or difference, but instead as bearing witness to the culture, artistic expressions, and aspirations of the Burkinabè people. Thus, this narrative technique brings a sense of truthfulness and relatability to the story. In addition, the carefully selected photographs, archival footage of the popular insurrection, and in-person interviews with the artists involved make the documentary engaging and inspire the viewer to reflect on the polysemic nature of the images and their ability to empower.

This documentary not only is an excellent introduction to contemporary Burkina Faso (its history, culture, and people over the last 30 years), but it also showcases the power of art as a weapon to bring about sociopolitical change, particularly under autocratic regimes. In this regard, Burkinabè Rising shares similarities with the documentary Finding Fela (Alex Gibney, 2014) on how the Nigerian music star of Afrobeat, Fela Anikulapo Kuti (who knew and hung out with Sankara), used music as a weapon of resistance against military regimes in Nigeria in the 1980s and 1990s. Burkinabè Rising is a beautiful film with an uplifting narrative that will appeal to educators and ordinary film enthusiasts alike. 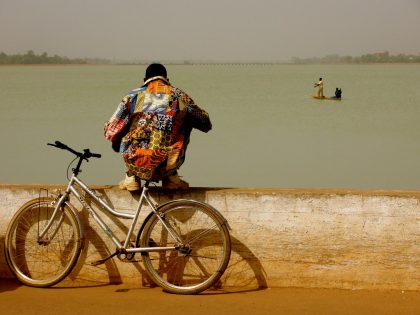 How to make sense of the coup in Burkina Faso 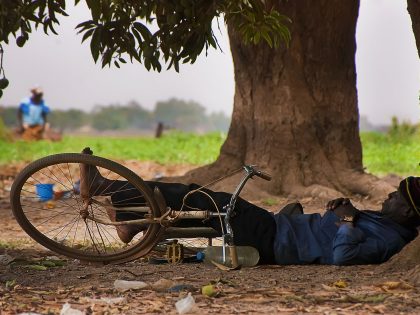 President Michel Kafando is back in charge in Burkina Faso, but now what?

The fruit of gender equality

It turns out the majority of Burkinabé favor progressive change on gender rights.