We are happy to announce today, that Africa is a Country is joining the Jacobin family of publications.

We couldn’t be more excited about this new partnership!

Over the past five years, Jacobin has become the leading intellectual voice of the American left. But more than that it has invigorated intellectual culture online. Jacobin’s achievements have also been noted in features in The New York Times, The Hindu, and the Guardian, among others.

For almost nine years, Africa is a Country has been doing much of the same, on a smaller scale, for coverage of Africa and African politics and culture. We started as an outlet for founder and editor Sean Jacobs to challenge the received wisdom about Africa from a left perspective, informed by his experiences of resistance movements to Apartheid. Since then we have grown in size to include a larger geographic scope and, crucially, launched the careers of a number of young African and diaspora writers, scholars and artists to a point where as the South African newspaper Mail & Guardian concluded: “Try as you might, it is hard not to turn an online corner in Africa without bumping into Africa is a Country.” All of this has been done with contributors and editors putting in long volunteer hours.

As part of the Jacobin family, the editorial direction of Africa is a Country will largely remain the same. However, with more resources and help, we will be able to grow as a publication and organization. One major project we are hoping to pull off in the next year or so is the launching of the Africa is a Country print magazine. Our coverage on the site will reflect this direction, as it will be more thematically oriented. Moving in this new direction will require even more resources, which is where you our loyal readers come in.

During our nine year run, we haven’t asked for much from you. However, today we are going to make that ask. For our initial fundraising goal we would like to raise $10,000 by the end of December.

Around this holiday season, please consider giving to Africa is a Country, so that we can continue bringing you the new perspectives from across the continent. United States donations are tax-deductible and can be sent either online here or via check to Jacobin Foundation, 388 Atlantic Avenue, Brooklyn NY 11217. Please include “Africa Is a Country” in the memo line if mailing in your contribution. 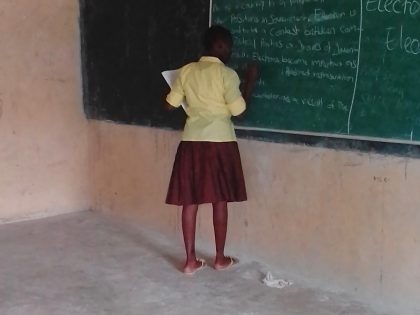 Africans can draw uninformed conclusions about what’s going on in their own backyards and on the continent.