In his book, Whistling Vivaldi, Claude M. Steele explains how stereotypes can become a self-fulfilling prophecy, subliminally affecting the behaviors and performance of those who are subjected to them. Though we all recognize that profiling exists, we often forget how much it influences our interactions and experiences, and are only reminded of it when drawn out of our element and thrown into an environment that refuses to recognize us. In the United States – a country that prides itself on social mobility and acceptance – anyone who has straddled color and class lines, is reminded that they do not belong. An illusion of diversity and inclusion masks and protects institutionalized inequality and privilege. Real diversity and inclusion cannot exist without dismantling the latter.

A few weeks ago, I was invited to a dinner at the house of a Princeton alumna, who had graduated ten years before I began my studies there. It was an occasion to discuss equity and diversity issues on campus, given the recent waves of protest at Ivy League institutions, including our alma mater. I typically avoid such events, but, curious, I decided to go, most of all because I did not know why someone like me, who never donated money to the university, never showed interested in alumni affairs and barely maintained a connection to peers or faculty, was invited.

For many who went to an Ivy League school, this type of social gathering is anything but unusual. As I walked in, a gentleman checked my coat and handed me a glass of wine. I sighed a breath of relief for having gone home before coming and changing into a skirt, cardigan and Italian black flats, rather than wearing the black jeans and worn-out boots I had donned to work that morning. I entered awkwardly, surrounded by people who were at ease mingling and making small talk about their philanthropic organizations while nibbling on hors d’oeurves.

One of the first people who spoke to me was an older gentleman from the class of 1971. Interested in what the letters and numbers on his name tag (P00, P002 P004) meant, I asked him.

“Oh,” I replied, somewhat startled. Then I realized nearly everyone who was within the age of having adult children had one or more child who attended or graduated from Princeton. This was the status quo. Consider the fact that at most Ivy League schools 10%-15% of those who end up enrolling are the children of former graduates. “Legacies” – children of alumni of a generation or so back – number twice as many.

During the dinner there was much talk of the status of equity and diversity on campus, and of what the university was doing to address the challenges that less privileged and minority students faced. This was all valiant, but the way it was done was yet another reminder that to be part of this conversation, to be invited to this dinner, indeed to be a Princetonian, one has to conform to a role. These exclusive parties – despite their underlying philanthropic objective – are evidence of it. To partake in this camaraderie, one is constantly thinking about how to speak “intelligently,” remembering which fork is for the salad and which is for the entree, and the need to laugh at the jokes, but not too loudly. In short, how to fit into a social class that has never been open to people like you. According to Steele (and many others) this is where the dissonance occurs. In the world of the Ivy League class and the world that the majority of us come from, there is very little convergence.

When I left later that evening, I continued to feel unsettled. There was a time, I recalled, when I was an undergraduate, when one of my friends asked me if I wanted to make some extra money.  Though I came from a middle-class, immigrant family my parents supported me in colleague by giving me cash for things like food and leisure. Yet, wanting some financial independence, I took the opportunity. A week later, I found myself at a mansion in Princeton Township, dressed in white. This was where I first learned how to open a bottle of champagne and pour a glass of wine neatly and properly. Now, some 7-8 years later, I was a guest at one of these dinner parties being served wine and dinner by a middle-aged black man. Maybe it was just irony but there was something convoluted and sad about this situation. I did not want to be part of this. I do not want my kids to be part of it either

I spent six years of my adult life at Princeton and in most of the time since then I’ve struggled to reconcile what that meant with the person I am. My feelings about the school are mixed. The education I received has undoubtedly opened many doors for me. At the same time it has made me extremely conscious of the fundamental elitism ingrained in an Ivy League education and transmitted from generation to generation. At least now we are beginning to have conversations about this ugly truth. I question, however, if it is truly possible to change and make more inclusive an institution that, at its core, is meant to buttress the modern American bourgeoisie and all its privilege. I hope to be proven wrong. 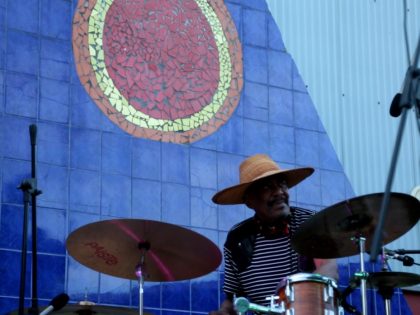 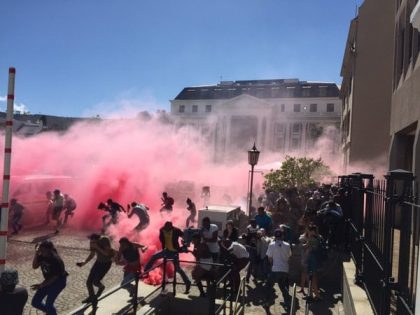 Shutdown — on the death of compromise in South Africa

We are in a new phase, one that is characterised by a rejection of compromise as a tactic for managing democratic intercourse.