In the world of transnational activism, there is a pre- and post-#Kony2012 era. In fact, #Kony2012 constituted a cathartic moment, a psychotic disturbance – both literally and figuratively – that unleashed an unprecedented amount of questioning and criticism of international advocacy networks and their methods.

A new book, “Advocacy in Conflict: Critical Perspectives on Transnational Activism,” edited by Alex de Waal, a British researcher and writer on African politics, is part of this trend. The post-#Kony2012 model of advocacy is “driven by a dominant western NGO or network, run by specialized lobbyists who act as brokers with policy-makers, adapting their agenda and methods to accord with the practicalities of that lobbying process” (de Waal, p.37). These specific forms of activism have weakened or led to abandonment of key principles of advocacy. Thus the book’s editor and authors advocate a “reclaimed activism.”  How can international advocacy movements be self-reflective and accountable to the people on whose behalf they speak?

The high profiles case studies include the campaigns for democracy in Burma and for indigenous rights in Guatemala, activism against conflict minerals in the Congo, the movement for Palestinian rights, and the campaigns against the Lord’s Resistance Army, better known as #Kony2012.  On the latter, the book sheds light on the problems of single conflict narrative of the #Kony2012 debacle, the trouble with the Sudan People’s Liberation Army/Movement (SPLA/M) and its American lobbies, as well as lesser thought about transnational activism concerning for instance the quest for disability rights, or the campaigns against land grabbing or small arms trade in Africa.

American political scientist Laura Seay examines the case of the “conflict minerals” campaign in the DRC, which was spearheaded by the Enough Project, a Washington, DC-based group. Seay argues that the evidence shows that the campaign has had adverse effects on the economy and politics of the DRC.  As Seay contends, the campaign “constitutes a case of ‘policy-based evidence making’ … in which a predetermined narrative overrode evidence contrary to the narrative’s claims” (p.116).   The unintended consequences of section 1502 of the Dodd-Frank Act (which requires US companies to disclose if any of their products contained “conflict minerals” (gold, tin, tungsten and titatium) which originated in the DRC), included loss of employment for the locals, harm to the regional economy, and the shutting down of mining activities which led to increased militarization of the Kivu provinces. The Western NGO does well, Congolese do not.

This was not a one-time occurrence but a central dynamic of this form of advocacy. As De Waal notes, “Transnational advocacy occurs where humanitarian action meets social and political activism” (p.19).  Although many supporters of the Kony2012 movement were young social liberals, one may also note “contiguities with right-wing evangelical Christian groups that have aggressively promoted a homophobic agenda,” which means that transnational activism “can be progressive at home and regressive abroad” (p.19).

The cases analyzed in the volume point to the larger issue of what may be called “Bono’s humanitarianism.” This variety of work does not challenge the power, given that one of the organizing principles of humanitarian action is to use resources and expertise to “mitigate suffering, so as to preserve existing power” (p.20, emphasis added).  This argument echoes Roxane Doty’s assertion that foreign aid does at the global level what the welfare system does domestically – mainly enabling the administration of poverty, and the surveillance and management of the poor.

Instead the authors note, ultimately, “reclaimed” activism is “activism that prioritizes the empowerment of people (rather than media impact) as the basis for transformational change, and that is accountable to the people most affected by an issue” (p. 271).  The essential components of “reclaimed activism” include empowering local actors, assessing the broader context underlining the events, encourage a wide range of actors to participate in activism campaigns, and promoting diverse voices and understandings of an issue.

Although these solutions seem like common sense rather than eureka moments in activism, I am left wondering if trying to “reclaim” activism by reverting to these strategies does not miss the point that there has not been a triumphant golden era activism to revert back to.  A call to adopt and embrace these strategies seems to resonate better in my mind as a progressive goal for which we should aim than one to revert, as if they were here ante, and had been abandoned.

The primary target audience of this book is western activists, especially at a moment where activist campaigns recruit mostly from high schools and college campuses.  Consumers of advocacy campaigns will also do well to read this book, “before rushing to buy bracelets and posters or participating blindly with the assumption that good intentions are good enough” (p.280).  The book is also important as a teaching resource for US academics (those who shape the minds of the recruits targeted by Western NGOs and other humanitarian institutions), relevant for western media coverage of transnational activism, and will certainly resonate with local constituencies that are affected by transnational activism one way or the other.  And as one blurb of the book remarked, “George Clooney should read it from cover to cover.”

The lost heritage of emergency relief

Local traditions of crisis management have largely been shed along the path to “development.” The age of COVID-19 is the time to recover them. 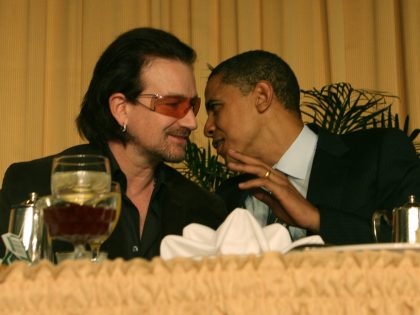 For those whose hatred of Bono is as deep as mine or who are merely looking for concrete reasons to despise this particular celebrity do-gooder. 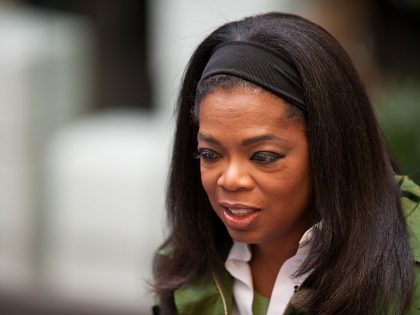 Oprah and Kristof: What don’t they have in common?

Oprah, like Kristof, turns a personal desire to help sufferers of abuse into a more than acceptable African development program.