Ahead of President Obama’s much-awaited visit to Kenya a storm started brewing over LGBTQ rights in that country. The US President went to Kenya fresh off the US Supreme Court’s landmark ruling on same-sex marriage, and various political and social actors in Kenya warned him to stay clear of the question of LGBTQ rights. Warnings included an anti-gay march in Nairobi on July 6, the popular hashtag #KenyansMessageToObama, and public statements by Kenya’s Deputy President William Ruto and National Assembly Speaker Justin Muturi.

White House Press Secretary Josh Ernest responded that President Obama “will not hesitate” to address Kenya’s human rights record. In a BBC interview, on the eve of his departure for Kenya, the President reaffirmed his intent to address LGBTQ rights, which he did during his joint press conference with Kenyan President Uhuru Kenyatta. But hesitation – and pause, and probably silence — on the question of LGBTQ rights should have prevailed. The politics of homophobia in Kenya and many African nations means President Obama may have become a clueless pawn in Kenya’s political game.

What is at stake here is that President Obama stepped into a complex sociopolitical layout whose bearings on the LGBTQ issue has constantly eluded Western advocates of LGBTQ rights in Africa. This weak grasp of the issue often dooms their advocacy work to failure or worse, to homophobic appropriation.

The political character of homophobia on the continent has eluded most outside observers. This myopia stems from a culturalist approach that considers contemporary homophobia in Africa through the narrow prism of such talismanic utterances as “homosexuality is un-African” and extreme legislations in Uganda or Nigeria. There are conclusions to be drawn from the sobering reality that social media shaming campaigns, reprimands by the United Nations General Assembly, and withholdings of development assistance have not killed the beast. Homophobia has instead spiked, as shown by the spread of state-sponsored homophobia throughout the continent, the ubiquity of anti-gay vigilantism in places like Senegal (once known as “the gay capital of Francophone Africa”), and the uptick in homophobic pronouncements by Kenyan state actors in the past five years.

There is a lot of postcolonial emotional investment in the idea of a “purely” heterosexual (hence virile) Africa. Masculine anxiety pervades many homophobic discourses on the continent: the fear of  being perceived as an “impotent” nation, an effeminate nation. Interestingly the notion of an “impotent state” or metaphors of emasculation recur in the scholarship of African social scientists to describe the subservient position of African nation-states on the global stage. African homophobias are also in conversation with one another, often borrowing from and competing against each other. In Senegal for instance, the South African nation is seen, in popular discourses, as less African and effeminate because of its stance on gay rights (not because of its multiracial composition). I often think that some of Jacob Zuma’s homophobia rhetoric is an attempt to “control damages.” President Jammeh of the Gambia used to tell gays to go to Senegal because Gambia is a country of men. It therefore makes sense that whereas on all other counts Obama’s visit was celebrated uncritically as the “return” of a great African man, on the matter of LGBTQ rights his views were scrutinized intensively and marked out as distinctively “un-African.”

The circumstances of state-sponsored homophobia in Africa shed light on the politics of homophobia and, as Ugandan law professor and LGBTQ activist Sylvia Tamale notes, the function of homophobia as a political resource. State-sponsored homophobia has been on the rise since the mid-1990s. This is the period where the so-called “wind of democracy” on the continent emboldened African civil societies against dictatorial regimes. In the mid-1990s African governments also had to confront the social discontent of populations when African economies collapsed under the Structural Adjustment Programs of the World Bank and the International Monetary Fund. Embattled leaders throughout the continent started using the figure of the homosexual as a scapegoat and an opportune diversion from the issues of high unemployment, rampant poverty, and bad governance. In other words, some Africans and their political representatives might genuinely fear and loathe gay people, but they also need them – or the idea of them – to bolster their political goals.

Ruto’s homophobic declarations were bait that Obama was best advised to ignore, lest he found himself a pawn in Kenyan politics. Ruto has presidential ambitions, and his homophobia may serve his electoral politics very well, especially as Obama’s intervention may now offer an historic platform for Ruto to position himself as guardian of the moral and cultural integrity of the nation. Obama’s unsuccessful defense of LGBTQ rights during his visit to Senegal in 2013 should have been a reminder to tread cautiously in Kenya. When Obama raised the question at a joint conference with Senegalese President Macky Sall, he unwittingly gave the poll-challenged President Sall an opportunity to redeem himself before his Senegalese constituencies by asserting the un-Africanness of homosexuality.

LGBTQ rights in Africa may be one of those situations where foreign intervention should be discouraged. A statement by Obama bolsters the argument that homosexuality is a Western-sponsored idea and undermines the headways that Kenyan LGTBQ communities have been making. On April 27, a landmark court ruling ordered the government to register gay rights groups. Unlike in Senegal, many LGBTQ organizations in Kenya operate publicly and LGBTQ activists intervene in the national media, and have even run for office.

African LGBTQ activists have consistently reminded their Western allies that LGBTQ rights on the continent are best spearheaded by Africans themselves. In addition to the inevitable backlash for gay Africans, Western intervention is sometimes at risk of slipping into the types of savior imperialism with which we are so familiar. LGBTQ rights in Kenya are a domestic issue, very much like same-sex marriage was our domestic issue. 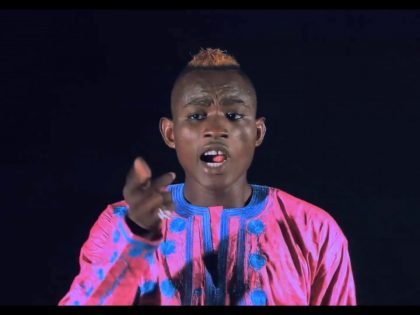 There is no word in Wolof that translates literally to “gay” or “homosexual” as its commonly used in the West in the late 20th and early 21st centuries.

Binyavanga Wainaina: ” I wanted to generate a conversation among Africans.”