The South African RW Johnson has undergone a transformation of youthful radical to smug “anti-apartheid” liberal anti-communist and scholar of the French Left (think Tony Judt-lite), resulting in the final incarnation of a  pompous red-faced “liberal” colonial academic flinging reductionist tribal stereotypes into the public sphere. His intellectual credibility was forfeited a few years ago in liberal-left circles when he wrote a racist piece for the London Review of Books‘s (LRB’s) blog in which he compared  the horrific xenophobic attacks in South Africa to baboons fighting rottweilers.

We are being besieged by baboons again. This happens quite often here on the Constantiaberg mountains (an extension of the Table Mountain range). Baboons are common in the Cape and they are a great deal larger than the vervet monkeys I was used to dealing with in KwaZulu-Natal. They jump onto roofs, overturn dustbins and generally make a nuisance of themselves; since their teeth are very dirty, their bite can be poisonous. They seem to have lots of baby baboons – it’s been a very mild winter and so spring is coming early – and they’re looking for food. The local dogs don’t like them but appear to have learned their lesson from the last baboon visit: then, a large rottweiler attacked the apes, who calmly tore it limb from limb.

Meanwhile in the squatter camps, there is rising tension as the threat mounts of murderous violence against foreign migrants once the World Cup finishes on 11 July. These migrants – Zimbabweans, Malawians, Congolese, Angolans, Somalis and others – are often refugees and they too are here essentially searching for food. The Somalis are the most enterprising and have set up successful little shops in the townships and squatter camps, but several dozen Somali shopkeepers have already been murdered, clearly at the instigation of local black shopkeepers who don’t appreciate the competition. The ANC is embarrassed by it all and has roundly declared that there will be no such violence. The truth is that no one knows. The place worst hit by violence in the last xenophobic riots here was De Doorns and the army moved into that settlement last week, clearly anticipating trouble. The tension is ominous and makes for a rather schizoid atmosphere as the Cup itself mounts towards its climax.

This piece of crude racist stereotypes provoked widespread outrage among intellectuals and academics all over the world, eventually culminating in an open letter condemning the LRB for continuing to grant old Bill Johnson with a platform. The letter was signed by the likes of Africa is a Country founder Sean Jacobs, political scientist Achille Mbembe and literature professor Paul Gilroy, as well as writers China Miéville and Teju Cole. Johnson was subsequently forced to find other platforms for his rants and raves, such as the South African website Politicsweb – which will publish anything – and reactionary publications  such as the Spectator every now and again.

The LRB is known to not condone racism. But in 2010, instead of condemning or editing the obvious racism in his blog post, the publication chose instead to reduce it to a matter of “interpretation”.

Why then is the LRB–which I must confess is my favorite literary publication and is usually on the left–giving Johnson a platform in 2014? Granted, his piece in their latest edition is a review of Michael Jago’s biography on Clement Attlee – but a quick search on the LRB’s website (these includes blog posts) reveals Johnson has authored no less than five pieces since 2010; including a few on South Africa. Perhaps his reputation among the editors of the LRB still rests on the laurels of being their designated left-liberal anti-apartheid critic in the 1980s, when Johnson was still an Oxford don. Or perhaps they haven’t bothered to take the criticism they received in 2010 to heart.

Politicsweb, Johnson’s main platform, shares his politics, and until recently published fellow angophile  racist and now rape apologist David Bullard.  Politicsweb editor James Myburgh – who was an ex-Democratic Alliance (DA) insider and confidant of its former leader Tony Leon – is the sort of South African who feels the need to publish  a  10,000-word defence of George Zimmerman’s  murder of Trayvon Martin and to term affirmative action Verwoerdian.

As the years passed since the aforementioned incident in 2010, Johnson has moved even further to the right – to the point of actively promoting reds-under-the-beds conspiracy theories about the apparently malignant role South African communists played in every  political choice made by the ANC since the 1950s. His  allies in this paranoid quest are the likes Stephen Ellis, Paul Trewhela  and Rian Malan, all of whom seem to share a collective belief in black inferiority and the inability of the likes of Oliver Tambo, Nelson Mandela and Walter Sisulu to lead the ANC without being manipulated by white communists. For them, black intellectuals psychologically associate whiteness with excellence and are thus obsessed with whites, something clear in Johnson’s crude writings on Thabo Mbeki.

Part of this mission, which he shares with the South African Institute of Race Relations’ Anthea Jeffery, is to redeem the Inkatha Freedom Party (IFP) and its leader for life Gatsha Buthelezi as the true liberation movement, presenting  a moderate or even social democratic alternative to the “Stalinist ANC.” This is despite the IFP’s involvement in political violence against the ANC, United Democratic Front and unions throughout the 1980s and early 1990s, in which IFP militants killed thousands of people in what effectively was a unofficial civil war, where the IFP was armed, trained and covertly supported by the apartheid state, the police and military.

His other hobby is to denounce current Democratic Alliance leader Helen Zille for breaking up the Kelvin Grove old boys club  type of liberalism of Leon’s  DA, while accusing her of betraying the supposed grand legacy of South African (or rather, Cape Colony) liberalism by attempting to seduce ANC voters.

Johnson’s most recent book, South Africa’s Brave New World, published in 2009, was described by the Guardian  as “a record of pretty well every piece of unsubstantiated gossip to have circulated South Africa’s rumour mills.” Examples include the idea that Zimbabwe’s President Robert Mugabe had advance warning of the 9/11 attacks, the ANC had Chris Hani murdered, and that Thabo Mbeki is the antichrist (no, really. Johnson blames almost everything wrong in South Africa on Mbeki).The LRB’s own reviewer, Wits University sociologist Roger Southhall, noted that “Johnson has little regard for competing scholarship, particularly in the fields of contemporary history and social science.” The novelist Andre Brink, writing in the Daily Telegraph, added that “he [Johnson] relies mainly on newspapers, including lightweight magazines, and often quotes himself, or hides behind cop-out phrases such as ‘It was generally assumed …’, ‘There was suspicion…’, ‘Causing some to believe…’ or, scattered throughout the notes, unsubstantiated references to private information or private sources”.

To illustrate Johnson’s conspiratorial paranoia, take a look at this quote:

Not only was [Robert] Mugabe one of the few people given a fore-warning of the events of 9/11, but he had actually allowed al-Qaeda militants to fly into Zimbabwe in the week following 9/11 to get fitted out with false Zimbabwean passports.

The source for this stupendous claim is, of course, a footnote citing the great authority himself, author RW Johnson. Johnson was invited a few months ago on to Eusebius Mckaiser’s Power FM radio show to discuss a recent article in which he claimed that blacks would vote for white leaders of the DA due to the fact they associate whiteness with excellence on competence. When challenged by Mckaiser to produce evidence for this claim, Johnson mumbled about a number of conversations he has had with black people, making it clear that it was merely anecdotal. When this was pointed out to Johnson, he promptly hung up the phone.

It is not enough for Johnson to criticise the likes of Mugabe and Mbeki, but he has to turn them into world-historic evil characters on par with the great monsters of history.

At a recent event in Cape Town, hosted by South African online publication Daily Maverick, Johnson was spotted pontificating during a question and answer session about how the ANC was some sort of Nguni racket designed to keep out other tribal groupings from the presidency, thus resulting in some sort of tribal pact between the Xhosa and Zulu to keep everybody else out. Johnson increasingly sounds like the old racist uncle ranting at the dinner table about the essential righteousness of the British empire in teaching the Bantu about Jesus and modernity, through the musket and sword if need be.

While it’s not my place to speak of the merits of Johnson’s reading of the Attlee years, it is fair to ask the question: why is Johnson, despite the mountains of evidence testifying to his transformation to an A-grade crank, still being given space in the world’s foremost literary publication? Johnson should be rightly relegated to the fringes of the internet, where his fellow McCarthyite cranks and colonial nostalgics can engage in back-slapping while on the gin in the comment section. I sincerely hope the LRB doesn’t still think Johnson is one of us (the intellectual liberal-left) and can look past Johnson’s punchy prose style to see the rotten core that has come to characterise his writing.

This is not censorship – Johnson already has other platforms – only a refusal to grant Johnson and his malevolent politics the intellectual credibility attached to being publishing on such an esteemed platform such as the LRB that he feels entitled to as an ex-Oxford don. Also be sure to check out the otherwise outstanding edition of the LRB, with a superb array of reflections on Scottish independence and Jenny Diski’s account of being with diagnosed cancer. 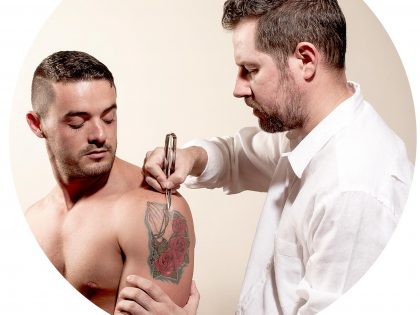 The frustration or inability to establish an identity that is free of hegemonic constructed myth – that ceases to be at odds with current reality. 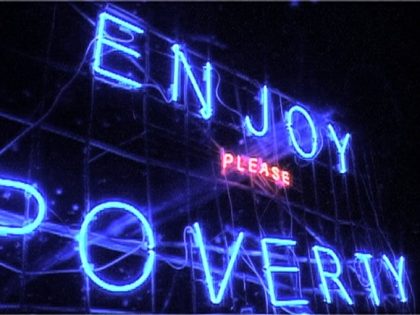 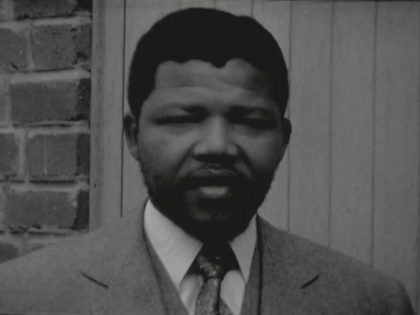