Guess what? Oscar Pistorius, the South African Paralympic champion who is tried for shooting and killing his girlfriend Reeva Steenkamp, turns out to be sane. He might still lose his temper, like the other day when VIP-ing it up in a fancy night club in Johannesburg or tweet ill-guided Bible verses, self-celebratory do-good pics or compare his life to a Holocaust survivor, but unlike what his psychiatrist proclaimed, none of this is rooted in an anxiety disorder. An independent team of psychiatric experts concluded as much after a month-long evaluation.

You can’t blame them for giving it a go, though. After all, psychiatric conditions are excellent tools for reducing agency in bad behavior, character flaws, nasty temper, hypermasculine aggression and lethal rage. With symptoms such as ‘worrying, overthinking, attention problems, impulsivity, activity issues and inappropriate behaviour’, anxiety disorders and attention deficit disorders (AD/HD) are amongst the best-known kinds. They often go together and overlap. So for Oscar, medicalizing his mistakes by making his violence a matter of the brain rather than the mind, could have served him well.

We won’t know for another month what the Judge made of all this, but that does not mean that the consequences of this failed psychwash attempt, and the media attention it has generated, are limited to Oscar alone. Quite the contrary; those who are likely to be most affected by it, albeit indirectly, got absolutely nothing to do with Oscar or the trial.

Instead, it’s the spectacle’s media attention, and the misperceptions, ignorance and skepticism around mental disorders that it feeds and fuels, that may impact their lives.

Because the way South African media appears to have it, these disorders are most relevant in relation to the white and wealthy, such as medication abusers on wealthy college and high schools in the suburbs. Like Oscar’s case, such reports reinforce the idea that such disorders are nothing more than socio-cultural imports affecting the well to do, designed to either excuse their flaws or drug them with Ritalin. It doesn’t help that the experts, researchers and websites that do take the disorders seriously, seem to insist on illustrating their works with pictures of white boys. This is despite the fact that various studies, such as this one and this one, suggest that AD/HD levels of Black South African children are at least as high as Western children and their anxiety levels often higher.

It’s not like overdiagnoses, medication abuse or attempts to medicalize bad behaviorshould not be problematized. Of course they should. But not without acknowledging that the flipside of overdiagnostication is that others, who are actually suffering from these disorders, are being missed. And that the ones who are likely to pay the price for misperceptions and ‘convenience use’ in South Africa are not the middle and upper class Oscars and college buddies, but the black (including coloured) children that make up the bulk of the 5-10% of South African children estimated tosuffer from AD/HD, and struggle with anxiety, whose struggles won’t be understood or recognized. Because teachers’ misperceptions of mental disorders, as this study in the Cape Town area shows, are shaped by the media too.

Biased media reporting won’t advance popular and professional understandings on how psychiatric conditions interact with race, poverty, gender, culture and other sources of stress (which of course affect Black children much more). Diagnostic criteria need to be sensitive to all of these contextual factors too. Finding out who suffers, why, to what effect and what kind of accommodations and types of support they need is important. Especially for those in poor schools.

Overdiagnoses is an issue, that’s right. But underdiagnoses should be taken at least as serious. 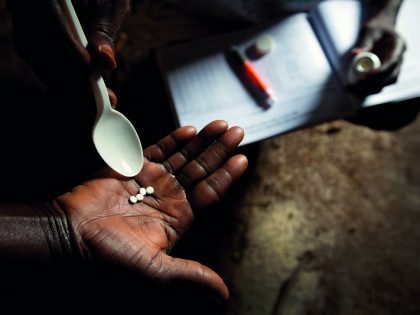 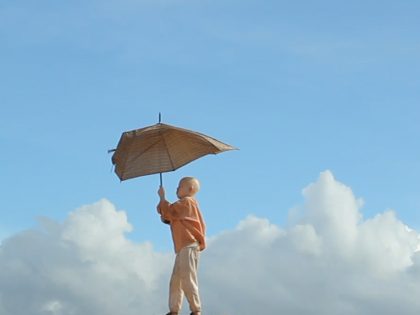 An Unflinching Take on Albino Killings in Tanzania

White Shadow, a feature film directed by Noaz Deshe and executive produced by the actor Ryan Gosling, tackles the persecution and killing of albinos, and the underground trade of their body parts for traditional …