This article first appeared some years ago on “Rootless Cosmopolitan” and is republished here with permission of the author.

I sometimes feel Nelson Mandela is in need of rescuing, trapped in some pretty bizarre narratives that have nothing to do with his own story or politics. Full disclosure: I freely admit that Nelson Mandela is the only politician for whom I’ve ever voted; that I celebrate him as a moral giant of our age, and that I proclaimed him my leader (usually at the top of my tuneless voice, in badly sung Xhosa songs) during my decade in the liberation movement in South Africa. That’s maybe why the “Mandela” I’ve encountered in so much American mythology is so unrecognizable. Herewith, the three most egregious versions.

How many times haven’t you heard that phrase to describe some politician, somewhere, opting for pacificism in the face of a nasty regime: “Like Gandhi, Martin Luther King and Nelson Mandela …” Don’t take it from me, try a google search on that exact phrase.

I understand the compulsion to link figures of great moral authority, but this is a little misleading. Nelson Mandela was never a pacifist. When the Gandhi route of non-violent civil disobedience brought only violence from the state, Mandela declared: “The time comes in the life of any nation when there remain only two choices – submit or fight. That time has now come to South Africa. We shall not submit and we have no choice but to hit back by all means in our power in defence of our people, our future, and our freedom.”

He played a leading role in setting up the ANC’s guerrilla wing, and traveled abroad to gather support, even undergoing guerrilla training himself in Algeria, from the commanders of the FLN who had recently ejected the French colonials.

Mandela was no terrorist, however. Under his leadership, the movement’s armed wing targeted symbols and structures of minority rule, and combatants of its security forces; never white civilians or any other non-combatants. And most importantly, he saw it as always, immediately and ultimately, subordinated to the political leadership.

In these beliefs he remained consistent and proud. Even as the mass non-violent opposition reasserted itself, under ANC guidance, in the 1980s, he reiterated its connection with the armed wing, writing in a smuggled message from prison that “between the hammer of armed struggle and the anvil of united mass action, the enemy will be crushed.” (Of course it didn’t ever work that way– the armed struggle was never particularly effective, and mass action combined with international sanctions did more to topple the regime.) And he, like the rest of the movement’s leadership, never hesitated to take the opportunity to find a political solution for the greatest benefit of all South Africans — but that was the same spirit with which he’d embarked on his armed struggle, telling the court, “During my lifetime I have dedicated myself to this struggle of the African people. I have fought against white domination, and I have fought against black domination. I have cherished the ideal of a democratic and free society in which all persons live together in harmony and with equal opportunities. It is an ideal which I hope to live for and to achieve. But if needs be, it is an ideal for which I am prepared to die.”

Mandela and his organization suspended the armed struggle only once the apartheid regime conceded to democracy. He was no pacifist; on the contrary, he never hesitated to pick up arms when he perceived his people were confronted with the choice between submission to tyranny and armed resistance. But nor was he a militarist: He never hesitated to take the political path when that presented itself. And in that example, he has much to teach the world.

Google “Mandela” and “Miracle” together, and there are over 3 million citations. This idea has entered American shorthand as follows: South Africa would have exploded in a racial war, and white people would have been driven into the sea, had it not been for the “miraculous” generosity of spirit of Nelson Mandela, who supposedly restrained the vengeful hordes.

Oy, where to begin?

The assumption that black people would seek violent revenge for the violence they had suffered at the hands of white people is racist. (Remember Gandhi’s arch put-down when asked by a journalist what he thought of Western civilization: “That would be a fine idea,” or words to that effect.)

But let’s not even go there. This myth ignores the political culture of the ANC, which Mandela helped form, and which also formed him, and was never dependent on his own, or any other individual’s strength of character. The basic political architecture of the process of reconciliation always inscribed the internal politics of the ANC which was always a non-racial movement that had substantial white membership, and whose policies distinguished between white minority rule and white people. It would be remiss of any historian to understate the role of the South African Communist Party in nurturing this culture. I’ve written some pretty nasty things about the SACP in the past, but nobody can deny that not only were they the first, and for a long time the only organization in South Africa advocating black majority rule; inside the ANC they played the leading role in shaping the analysis and strategy based on non-racialism and drawing whites into the struggle against colonial-style minority rule. When some angry youths who had left to join the guerrilla forces wanted to respond to the regime’s rampant bloodletting in the townships in the 1980s by targeting white civilians with terror strikes, it was the communists — led by Chris Hani, the commander of the ANC’s military wing and later leader of the SACP, who walked the ANC back from the brink.

And, paradoxical as it may sound, it was the Leninist realpolitik of the ANC’s communist intellectuals that led the movement to embrace the path of a negotiated, compromise solution with negligible “rejectionist” backlash.

Of course communist discourse had a downside: I remember cringing when freed Robben Island prisoners would tell me things like “In Moscow, comrade, when you come out of the subway, there’s just piles of fruit there, really good fruit, and it’s just there for anyone to take, free, for everyone…” And I nearly fell off my chair when reading a statement Mandela released to the media in Cape Town from prison late in 1989 proclaiming German reunification such a spectacularly bad idea that if released from prison, he would personally fly to Germany to try and stop it. Let’s just say he was a product of a different age.

But the broader point here is that it was not some epiphany on the part of Nelson Mandela that led South Africa to its inspiring outcome. There were no angry hordes baying for revenge. Everyone understood what freedom meant, and it had nothing to do with revenge. To imagine otherwise is to insult the millions of ordinary South Africans who struggled and sacrificed to free Mandela, and bring him to power.

Myth #3 Marcus, Malcolm, Mandela and Me — It’s a Black Thing, You Wouldn’t Understand

When I first saw that on a T-shirt being sold in Chinatown, Manhattan, in 1991, I laughed out loud. And actually, when watching Spike Lee’s Malcolm X movie at an ANC fundraising premiere in Cape Town, I’ll never forget how the audience of Mandela loyalists erupted in raucous laughter when their good-natured leader appeared in the final “Spartacus” scene, intoning “I am Malcolm X.” The implication that their leader was inspired by a figure entirely unknown in the South African liberation movement discourse was pretty funny.

Louis Farrakhan was probably a little surprised when he visited South Africa in 1995, and received a verbal dressing down from Mandela over his separatist politics.

My own favorite encounter with the Marcus-Malcolm-Mandela myth came one night in 1997, at a media party where I was chatting with a well known hip-hop scribe and his girlfriend, who ended up giving me a ride home in their rented limo. I should have known trouble was coming when girlfriend said to me “So, what was it like coming to America and meeting FREE black people?” I told her that I had worked in the struggle, and although the black people I met there were viciously oppressed by a colonial regime, their minds were always free.

But the scribe and his girlfriend simply could not accept that I, a white boy — a Jew, to boot — had been in the ANC. “Mandela didn’t work with white people,” he insisted. Uh, actually, of the eight men on trial with Mandela in 1964, three were white (all of them Jewish, actually). By the time the regime fell, there were thousands of whites in the broad liberation movement led by the ANC. A minority of the white community, to be sure, but a consistent presence in the ANC. Neil Aggett was killed in security police detention, just like Steve Biko. David Webster was murdered by a police assassin, just like Matthew Goniwe. Of course the vast majority of the people waging the struggle and bearing its sacrifices were black. But there were always a handful of whites alongside them. And so I went on, but none of this was making any impression.

Finally, the limo driver turned around, exasperated. He was Palestinian, he informed us. From Ramallah, where he’d been active in the Popular Front for the Liberation of Palestine, a leftist faction of the PLO. “And we always had Israeli Jews in our organization,” he said. “Not many, but always a few. Because we were against Zionism, not against Jews.”

And so it went on. The South African Jew and the Palestinian leftist trying, in vain, to explain Mandela’s basic non-racialism to the hip-hop philosopher who preferred the Mandela of his own fantasies. Only in New York. 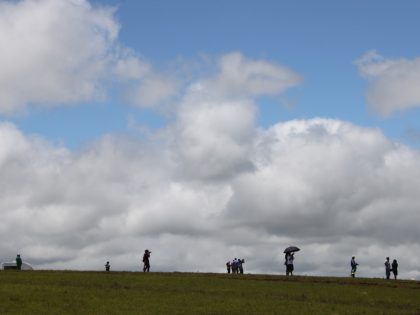 To Come Back from Qunu

Herman Wasserman, at the site of the funeral of postapartheid South Africa’s founder, Nelson Mandela, contemplates Mandela’s legacy for his children. 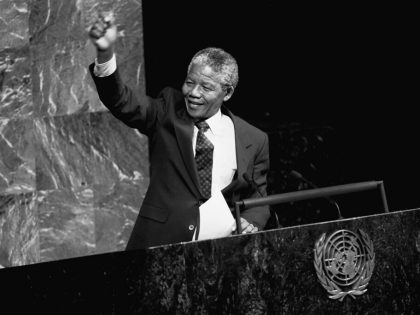 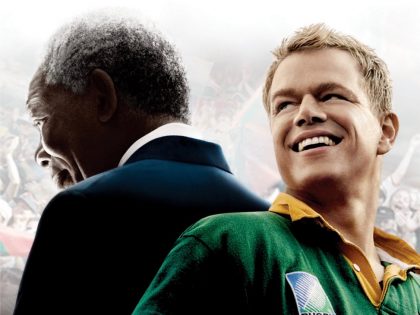 The problem with the Hollywood Mandelas

Hollywood films about Nelson Mandela separates him from the movement that produced him. The fact is, movements made Mandelas, not the other way around. 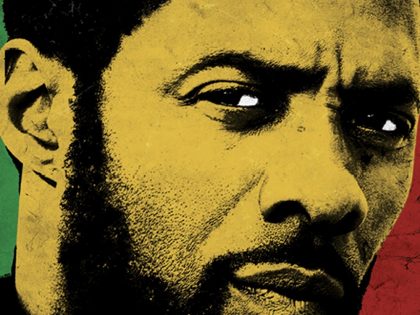