It is often said that you can’t know where you are going until you look at where you came from. That is to say that if you want to create or re-imagine your future consider your past and what could be changed for you to achieve the desired future. This was the sentiment behind the theme of this year’s Chale Wote street art festival, re-imagining African folklore by creating exciting and futuristic versions.

The streets were dense. Thick with heat from bodies and the sun, as crowds of people gathered in James Town, Accra last week to take part in the festival.

“Complex history” and “free” are a phrase and word oft associated with James Town, which is a long established fishing community. To walk along High Street in Central Accra past the grandeur of Supreme Court and Bank of Ghana is to take a walk into Ghana’s past. Once you enter James Town the pace changes. Two old slave forts, Ussher and James stand on the main road whilst Brazil House sits snuggly in the back streets among old-colonial farmhouse-looking structures. Now a museum, the house was built by freed African slaves that came to Ghana from Brazil and in turn became slave traders. An underground tunnel that transported slaves to the ships that left for the Americas lies beneath these streets.

Considering James Town’s weighty history, which played a huge part in shaping Ghana, it seems only right that when re-imagining a future Accra we start at the place where the city began.

Sionne Neely, co-founder of ACCRA [dot] ALT, the festival’s organizers, said that the idea behind the theme was to “recapture these narratives of trauma, pain and survival and creating a different kind of interpretation of our destiny.”

For many people when it comes to African folklore tales of Kwaku Ananse, the mischievous spider-man and Mami Wata, the female water spirit come to mind. These stories spread far and wide across Africa and its diaspora. But walking through James Town they somewhat pale in comparison to the very present and very real stories of slavery, colonialism and independence.

For many these stories of slavery in particular are not discussed at great length in Ghanaian schools. “History stops at the forts,” says Mantse Aryeequaye, the other ACCRA [dot] ALT co-founder. “The teaching is set up in a way that disengages you from your own history.”

So when I sat in Ussher Fort with a 9-year-old boy, trying to explain to him the reason for the fort’s being, surrounded by an artist’s photographic depictions of colonial masters and traditional leaders, it felt like sharing a different type folklore.

A performance piece juxtaposing Kwame Nkrumah’s struggle for independence and Ghana’s current economic situation over 50 years later was played out in front of Ussher Fort. Less than a kilometre away is James Fort where Nkrumah was imprisoned before becoming prime minister and then later the first president of Ghana.

Men on stilts about 10-feet tall stalked through the streets like giant spiders, towering over canopies that had vendors selling t-shirts, books, jewellery and herbal remedies beneath them.

A flying angel on a unicycle conducted extreme bike stunts, sending the children into a frenzy.

UK dubstep and heavy South African, Angolan and European house music blared through the Old Kings Way building, where the Nima Muhinmanchi Art organisation alongside German graffiti artist David Bethmann filled the walls with bright murals, their interpretations afro-futurism. Reminiscent of an old colosseum, the building was a department store built in 1914. The space has become a hotspot for Ghanaian musicians to shoot music videos.

Cash machines dispensing fish were painted along the walls of the old Sea View hotel. Hanging gardens that swung next to an open-air living room fell under the watchful eye of the James Town lighthouse.

In front of the chief’s palace, the Mantse Agbonaa — which is often used as an informal football pitch — was transformed into a high-life cafe where local groups performed and food and cocktails served for the festival’s more well-off visitors.

Some of James Town’s residents live in shacks on the beach, at risk of losing their homes to the rolling tide, others still live in crowded houses along dilapidated alleyways.

In a country where the arts barely feature on the government’s agenda, it was all the more important to the ACCRA [dot] ALT team to make local citizens feel part of the festival. Rita Esionam Garglo, a James Town resident who runs a charity to send vulnerable children to school, led the children’s art workshops and said those who attended were already looking forward to next year’s event. The parents of these children stood side by side with Accra’s art-appreciators, expats, returnees and visitors as they all oversaw dance rituals and theatre performances.

While Ghana’s conservatism is famous –- straying from society’s norms is strongly discouraged and therefore avoided -– alternative living is not new to James Town. The area is the birthplace of many of Ghana’s most renowned boxers. In James Town, girls train with and fight the boys. Smokers don’t feel ostracised when lighting a cigarette, while fetish priests and christian church-goers joke and share gossip along the streets.

In this sense James Town already is the future. And perhaps its readiness to accept differences and showcase art will spread across the city, and indeed Ghana. 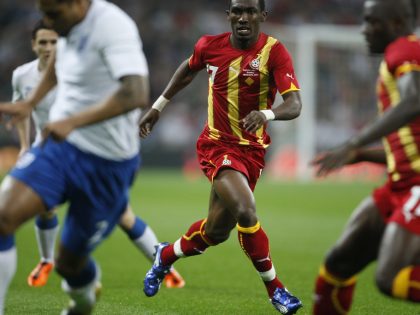 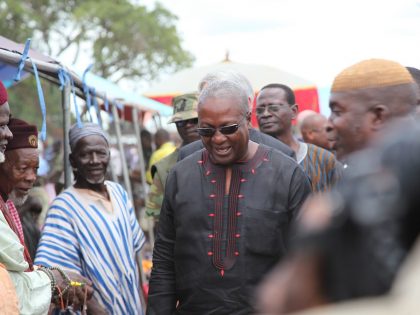 From the entertaining, mundane and sometimes depressing events and revelations, five of the most important lessons we learned from this year.

Kwame Anthony Appiah, the Ghanaian philosopher, talks about coming out as gay.