In recent years, there has been increasing attention in academic and policy circles to the problem of non-communicable diseases in Africa. Some have gone so far as to identify a “shifting disease burden,” wherein conditions such as diabetes and hypertension are taking over from HIV/AIDS, malaria, and tuberculosis as the most serious medical problems facing the continent. It is true that diabetes, cancer, and heart diseases are on the rise in Africa. Indeed, non-communicable diseases are expected to overtake communicable diseases as the continent’s leading cause of death by 2030. There are several dangers, however, to simplistic narratives of a shifting disease burden.

For one thing, while both deaths and new infections have fallen, the HIV/AIDS epidemic is far from “under control,” and AIDS, malaria, and tuberculosis remain Africa’s biggest killers. Those infected with HIV require lifelong treatment, and continued prevention activities are necessary to guard against a resurgence of the disease. While, ideally, African governments would be able to independently determine and carry out their health-related priorities, in reality, most remain reliant to some extent on Western donors. The idea that the disease burden is shifting risks pulling donor attention away from already chronically underfunded programs aimed at combating communicable diseases.

From the perspective of Western governments and donors, though, there is something understandably attractive about the narrative of a shifting disease burden. This narrative seems to serve as a corrective to the Afro-pessimist narratives put forward by the development industry since the 1980s. A shifting disease burden implies that Western development efforts have succeeded, that Africa is “rising” out of poverty and disease, that Africans are (finally) joining the consumer capitalist global economy.

Lifestyle diseases…are now beginning to take their toll in Africa…. Africa’s recent economic growth has created an emerging middle class that has adopted many of the West’s most damaging lifestyle choices…. A sedentary lifestyle has been encouraged with wider car ownership and leisure hours spent watching computer screens and TVs…. Fast-food chain outlets are proliferating and are popular with office workers grabbing a quick lunchtime meal. Many will, on their way home from work, also buy a takeaway for their evening meal in front of the TV, forsaking traditional African diets that tend to be more nutritionally balanced.

While it was surely not the intention of the author of this quote, the passage illustrates the perversely triumphal nature of some narratives of a shifting disease burden. Yes, it’s a shame that more Africans are suffering from heart disease and diabetes, these narratives seem to imply, but this also means that they are progressing; that they are becoming more “like us.”

Indeed, discussions of the increased prevalence of non-communicable diseases in Africa parrot other simplistic tropes of “Africa rising”—the breathless newspaper articles about Africans (shocker!) using cell phones, the endless paeans to the continent’s “burgeoning middle class,” the Western government press releases proclaiming a shift from “aid to trade.” These developments are all “true” in some sense, but discussions about “Africa rising” are by their very nature myopic, failing to acknowledge the complexities of the phenomena they describe. They usually omit, for instance, any discussion of the ways in which African economic development has entailed growing inequality both within and between countries.

Similarly, discussions of the so-called shifting disease burden in Africa usually fail to recognize that, in the Western world, diabetes, heart disease, and hypertension are not “diseases of affluence” but rather diseases of poverty, disproportionately affecting the most economically disadvantaged segments of national populations. While activities such as eating fast food, driving a private car, and spending leisure hours in front of a personal computer and TV remain luxuries for the majority of Africans, this will likely not always be the case. Soon it will not be telecom company middle managers eating lunch at KFC; it will be the workers assembling cell phone components for a few dollars an hour.

This fact, it should be clear, is a reason to pay more not less attention to non-communicable diseases in Africa. This increased attention, however, must not come at the expense of the fight against HIV and other communicable diseases, and it must not become wrapped up in a simplistic narrative of “Africa rising,” which, while it may appear more laudatory or positive on the surface, is, like the Afro-pessimistic narratives that preceded it, a simplistic depiction that glosses over the root causes of global inequality and ignores much of what is important when it comes to the health of Africans.

Nigerians’ anger and frustration are deservedly directed to their government. But few point to the special breed of Nigerians: the “Crazy Rich Nigerians.” 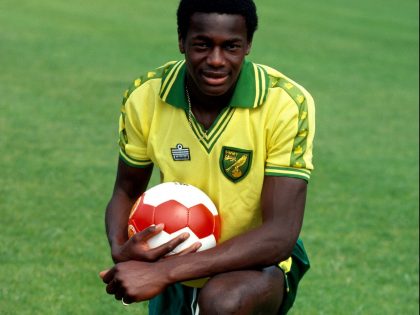 Also an insight into the openly racist and homophobic atmosphere that passed for public life in Margaret Thatcher’s England. 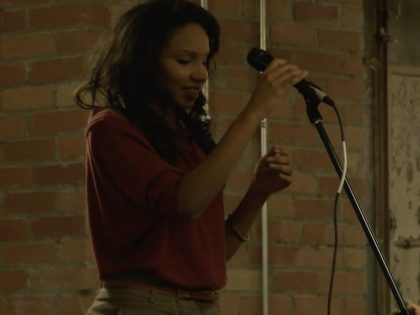 A way out of this miasma

A film about four African artists in Toronto, challenges stereotypes about Africans in Canada’s media capital.