If someone told me when I was five or fifteen that at thirty-two I would sit in an air-conditioned room in Lagos, on Victoria Island, with a woman named Chimamanda Ngozi Adichie and twenty other writers and I would sit for nine days and we would all talk about writing, our own writing and the writing of others, that there would grow a soft place inside me for all the participants and organisers of this strange meeting, that the meeting would come to an end but actually that things like this never end. If someone had tried to convince me of this it would all have sounded rather unlikely. I guess when I was five Chimamanda wasn’t yet Chimamanda the acclaimed author and Farafina did not have a workshop in its name; there was no Farafina, not yet.

Today I am grateful to have my own memories of what it was like to participate in the 2012 Farafina Creative Writer’s Workshop. And I struggle to write about it without using words like joy, profound, indelible. What struck me about the workshop and the manner in which Chimamanda led it was the intimacy she managed to create with us twenty-one strangers. The workshop days, eight-hour sessions, happened with plenty of humour, lengthy exchanges on the politics of writing, ethics, and what exactly is feminism. We were often asked to write true stories from our life experiences and then read them out to the class. In discussing our histories, our cultures, our prejudices and stereotypes there was sometimes offence taken. This brought with it many apologies, working through misunderstandings and always a burgeoning friendship.

There had been nine hundred applications to the workshop. Chimamanda took pains to explain how the selections were made, no one’s cousin made it through and there was no pandering to calls from big ogas who wanted their sons and daughters to be accepted.

On the first day, as each participant was invited to introduce themselves, I recall thinking I’ll never remember everyone’s name and by the end of the workshop it was as if I had twenty new siblings, the ones who wanted to party, the ones who longed for more pepper in their food and better suya, the quiet ones, the ones who could say one line and have the entire room laughing, the quirks, the annoying habits, the endearing ones.

To provide an alternative to the continued telling of Africa’s histories, cultures and stories from the perspective of non-Africans, emphasis was placed on non-fiction writing; it’s time (it has always been time) that we tell our own stories. I have always been wary of non-fiction, nervous of mining stories from real people’s lives. Because of this concern I welcomed Aslak’s lecture on ethics and how to write cognisant of the fact that you provide “a” perspective versus “the” perspective. One of the most empowering statements was that sometimes “writing is about the willingness to offend”.

Towards the end of the workshop we were asked to make a list of three of our flaws. Going round the table and having each person (including the teacher) share their list meant, in some ways, we, in that room, were closer to one another than some family members ever get. This would start to fulfil on one of the objectives of the workshop – to create a community of writers that sustains itself beyond the days of the workshop. The visits from alumni proved the success of this with past groups. But it seemed the main reason behind an exercise such as this was to emphasise the very nature of what it is to write. To look and to look honestly. Over the course of the workshop the recurring theme from all the teachers echoed the saying of writer Abraham Rothberg: fiction is a lie that tells the truth. It’s a strange task the fiction writer has, to make something up, invent it, but do it in such a way that the reader forgets they’re reading. And the reason the reader forgets they are reading is because they experience authenticity, there is no story, there is just how things are. As a writer apparently what it takes to create a piece of work that accomplishes that is many hours, many years of crafting, a lot of thinking, plenty of reading and the camaraderie of other writers.

Sentences. The importance of that first sentence when you think of an editor reading your submission (one of two hundred from an initial twenty-thousand) cannot be overstressed! We looked at word-choice and Chimamanda famously said: never purchase when you can buy. It is true that writers (at their own peril) fall in love with big words, get caught up in showing off and forget to just tell a good story. Jeff Allen spoke about how the best fiction is about more than one thing and how fiction is about struggle and conflict. The beauty of simplicity was stressed and we were invited, by Binyavanga, to practice stripping our sentences down to their bare essence – nouns and verbs, naming and doing!

We were given daily readings to discuss and dissect. Why do some stories stay with us and others not? Detail was stressed versus abstract. The character needs to be at risk, have something at stake – why else would we read on if there wasn’t something threatened, a reason to turn the page. Rob Spillman quoted Kurt Vonnegut as saying: every character needs something even if it’s just a glass of water.

I left the workshop shaken. Not in a good or bad way. Just shaken, shocked by the new people in my life. I felt uncertain, I’d arrived with lots of uncertainties but I’d collected a few new ones. “Uncertainty is good” we were told. That will keep you writing, keep you looking. As often happens to me when I experience something I think is special, a sense of melancholy pervaded my last few days in Lagos. Avoiding the inevitable goodbyes, hoping the new people I care for stay well, do well and keep connected; a sense of how precious life is, how sad things can be, how love can turn and not come back to what you remember. I was very afraid and excited. Afraid, as always, of being a terrible writer, of failing. Excited to try. Renewed in my belief, echoed by almost everyone I met at the workshop, in writing as an act of faith. Even an ancient form of prayer. 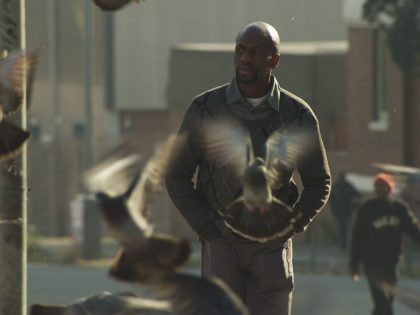 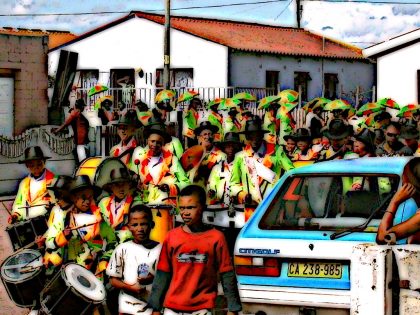 Reading Yewande Omotoso’s novel “Bom Boy,” just when you think you’ve figured the characters out, the author opens them up a little more, and our perceptions change. 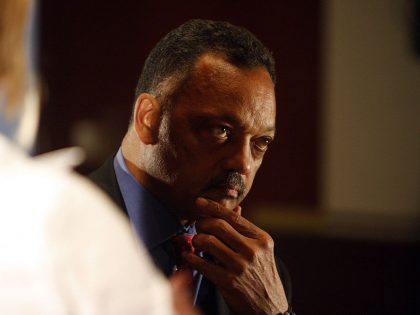 All Black people look the same

A TV news anchor confuses Jesse Jackson with Al Sharpton. Then blames the teleprompter. This is journalism.