Portions of this post originally appeared, in a modified form, in the author’s article, “A Native of Nowhere: The Life of South African Journalist Nat Nakasa, 1937-1965” in Kronos: Southern African Histories (November 2011).

On a warm July morning in 1965, South African writer Nat Nakasa stood facing the window of a friend’s seventh floor apartment in Central Park West. In the distance he could likely just make out the outline of the Empire State Building, a sharp reminder of just how far he was from home. Less than a year earlier, Nakasa had taken an “exit permit” from the apartheid government — a one-way ticket out of the country of his birth — and come to Harvard University on a journalism fellowship. Now he was caught in a precarious limbo, unable to return to South Africa but lacking citizenship in the United States, a place that he was beginning to feel offered little respite from the brutal racism of his own country. He was, he had written, a “native of nowhere…a stateless man [and] a permanent wanderer,” and he was running out of hope. Standing in that New York City apartment building, he faced the alien city. Then he jumped. He was 28 years old.

Forty-four years later, nearly to the day, South African president Jacob Zuma stood before a room of dignitaries at Durban’s Elangeni Hotel to deliver the keynote address for the annual Nat Nakasa Award for Media Integrity. Given annually since 1998 by the South African National Editors’ Forum (SANEF), the prize honors a journalist whose work shows a commitment to telling important and dangerous stories, no matter the political trends of the day. Facing the crowd of writers, editors and political dignitaries in the audience that night, Zuma lauded the country’s journalists as a ‘vital partner’ in protecting and strengthening South Africa’s young democracy. And staring into the past, he conjured up the name of the man who had inspired the award he was presenting. ‘This evening,’ he told the audience, ‘you are celebrating the struggle of Nat Nakasa, and many other courageous journalists like him, against a political system that sought to silence them.’

But as observers of South African politics will no doubt be aware, President Zuma’s relationship with his country’s media is nowhere near as rosy as that description suggests. Indeed, in the two years following that speech, Zuma has come to be seen to many of his critics as the very embodiment of a political system intent on silencing free speech. From the Protection of State Information Bill (dubbed the “Secrecy Bill” for its harsh repercussions against those who leak state secrets) currently winding its way through South Africa’s legislature, to the recent firestorm the ANC created over a satirical painting of the president with his genitals hanging out, Zuma has put himself and his party on the front lines of a societal debate about what can and should be done with the country’s unruly chorus of political dissenters.

In the year that I have been living in South Africa, where I am working on a biography of Nat Nakasa, I have watched the ANC’s clashes with the media with great interest. Like with so many public conversations in South Africa, debates over media freedom here frequently return to the original sin of the country’s modern history: apartheid. And in a small but fascinating way, the legacy of Nat Nakasa has become a touchstone in that conversation.

In 2010, for instance, Minister of Justice Jeff Radebe told the members of SANEF that the government’s proposed new press regulations would protect the country’s citizens — journalists included — from the dangers of misinformation, helping to create a media landscape that was a ‘fitting tribute to departed gallant fighters such as Nat Nakasa’. But Radebe’s Nat Nakasa also had to contend with the Nat Nakasa conjured up by critics of the government’s policy. As Oxford professor Peter McDonald, a scholar of South African censorship, put it, ‘the ghost of Nat Nakasa’ would haunt Parliament as it debated the new laws, ‘because, as [he] insisted, the freedom of expression … is an inalienable part of human dignity and a cornerstone of democracy.’ Filtered through time and memory, Nat Nakasa — the witty black writer, the exiled intellectual, the young suicide — has transformed into something far more vapid than he ever was in life: a nearly content-less symbol of the scars apartheid left on South African journalism. And so shallow a symbol, it seems, can be appropriated by whoever wants it.

Of course, there are worse legacies a person could have than to be vaguely remembered as a “gallant fighter,” a tragic hero of the anti-apartheid cause. But the fact that Nat Nakasa is celebrated this way speaks to a wider and by all accounts dangerous trend. Stripped of any substance or moral complexity, individuals like Nat Nakasa have become part of a wildly caricatured popular imagining of South Africa’s past, one that speaks in stark moral dichotomies — good and evil, right and wrong, black and white.

This view of South African history as a kind of moral fable, of course, contains a kernel of truth. After all, here is a country that was all but unhinged by its own obsession with difference, a place that for decades resisted the undertow pulling the rest of the continent toward African majority rule. I will not be the first or the last foreigner to say that the spooky singularity of modern South African history has long fascinated me. A stubborn pariah state with a white-knuckled grip on its own version of reality, South Africa was for decades a boogeyman of global politics — and with good reason.

But South Africa’s history, as with any history, is a thorny and complicated place, full of ambiguity and texture. And resistance to apartheid, in its many varied forms, was acted out not by symbols but by people, who moved through their lives without the moral clarity that historical hindsight affords. Such individuals are not simply shorthand for the injustices of apartheid. They are humans with sprawled and intricate lives that resist easy categorization.

Nat Nakasa, for instance, was no crusader for media freedom. He was simply an ambitious journalist who had the cold fortune of being born black in twentieth century South Africa, a fact that meant that throughout his life he would be constantly in battle with state-sponsored segregation. But while the Nelson Mandelas and O.R. Tambos of the world were staging protests and fermenting revolution, Nat was writing for Africa’s most widely circulated news magazine, Drum, and The New York Times. He was founding one of South Africa’s first black-edited literary magazines and penning the first black-written column for a popular white Johannesburg newspaper. In his world, freedom wasn’t the end point of a long struggle arching towards justice. It was something you seized each day — one white girlfriend, one multiracial party, one critical news article at a time.

And he did not leave South Africa as a political exile, a foot soldier of the freedom movement. He went instead, in 1964, to complete a Nieman fellowship in journalism at Harvard — in short, to advance his own career. That meant he didn’t step into the ready-made community of the freedom movement abroad. Instead, he found himself perhaps the only black South African at a staggeringly elite — and elitist — American university, persistently called upon to provide the African perspective on apartheid for audiences across Cambridge. He grew to see these gatherings with students and civic groups as wildly hypocritical. It seemed easier, he grumbled, to invite a black African to speak about his country’s fight against white rule than to address tenement housing or segregated schools in your own city.

As Nakasa’s year at Harvard progressed, he began to feel progressively more isolated and slunk toward a deep depression. His one-year student visa in the U.S. was also racing towards its expiration date. When it ran out, he would have to find another country to take him in. And despite his lack of overt politicking, Nakasa had also become a person of interest to the FBI, who opened a file on the young writer in February 1965. Five months later, under the strain of surveillance, loneliness, and a precarious immigration status, Nakasa found himself in that New York City apartment window, desperate to a point of no return.

At his funeral, South African singer Miriam Makeba — also in exile in the U.S. at the time — eulogized him with a Zulu song whose title translated as “The Faults of These Noble Men.” But indeed, what she and the others in attendance at his funeral in New York mourned was not the death of a noble man, but of one who had been, in many ways, quite ordinary. Like them, he had swept through apartheid South Africa as a young man, taking as much as he could from a state that gave little, conquering reporting assignments, women and the literary scene because he was a smart, ambitious man who saw what he wanted, and no reason why he should not have it. And like them, he had left his country not so much to take a principled stand but because it was the best option for his life and career, or so it had once seemed.

In a similar vein, the ANC’s days as a moral compass for South Africa — if indeed it ever was one — are long past. It is the ruling party in a teenaged democracy, a collection of scrappy politicians whose ambitions are far less noble than practical. They marshal figures and events in South African history in large part to prove their own legitimacy. When Jacob Zuma calls Nat Nakasa “an outstanding patriot” and a “courageous journalist,” he is drawing a line of connection between them, casting himself as a supporter of the brand of anti-establishment writing that Nat spent his career perfecting. But if that is the case, it might do Zuma and his ilk some good to take a hard, close look at the particulars of Nakasa’s life. Indeed, as he once told a student reporter at Harvard, journalists weren’t there to bend reality to fit the needs of the present. They simply “have to look at things as they are and report them.” 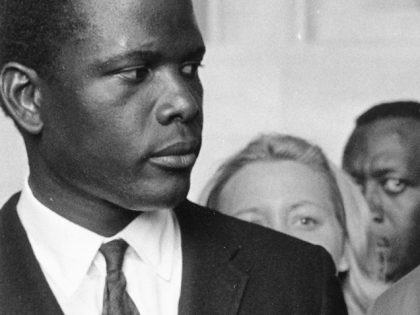 Poitier is a pioneer in Hollywood (the first black male actor to win an Oscar), but, like in most of his US acting roles, he also played it safe in African roles he took on. 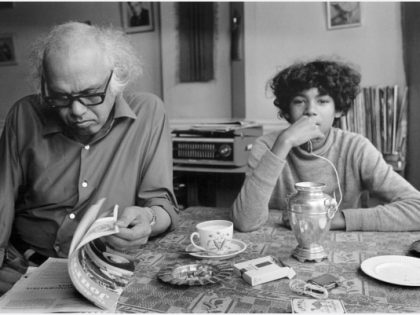 Alex La Guma (in the words of Ngũgĩ wa Thiong’o)