I recently went to see the Pieter Hugo retrospective at The Hague Museum of Photography (The Netherlands). His series ‘The Hyena and Other Men’ looked more grainy than I expected, based on online publications. The scale and resolution in web prints remove the grainy quality of the big, framed images. I also finally realized that Hugo followed only one group of men, with one hyena, a monkey, a dog and a snake. Somehow, I used to think that the single images I saw were simply an example of a larger number of similar men and animals photographed by Hugo as he traveled through Nigeria. The exhibition in The Hague also made me realize that I am not the only person overestimating and at the same time underestimating what Hugo’s photographs stand for or what they can and cannot tell with what they show.

Each of Hugo’s projects has a text, and each of his photographs a title. The studio portraits of ‘the elderly, the blind and people with albinism’ are presented in what appears to be a grid. The text tells me I am supposed to feel ‘uncomfortable and immobilized by the subject’s gaze.’ However, I found that I was not.

I wondered — as I regarded these images of people in various modes of ‘disability’ and difference — in which of these categories Pieter Hugo (whose portrait is in the bottom right) would place himself.

According to the text accompanying the series ‘The Bereaved,’ the naming of dead people with bruised faces as well as the practice of naming people in Hugo’s other projects, is ‘a personal statement’ that challenges ‘the anonymity of AIDS statistics in South Africa’.

But that is not what these images and the identity tags do for me.

Instead, they make me aware that the carefully framed, often visually seductive photographs — resulting from a view ‘akin to familiar painting genres’ — do not give me any information about what and who is photographed, thus confirming images in my head about those who are HIV+.

Sometimes, however, Hugo’s work does challenge the realities that I suspect could be connected to those in the images. Is that maybe what the text is trying to tell me? As it is now, the words merely mythologize the images, telling me how special they are, disabling my own judgements of what is shown.

The statements accompanying the photographs took me by the hand, pushed me in directions not necessarily related to what I see.

They make me, as a fellow image producer, feel vulnerable, aware of the limitations of the image, the power of context in general, and, more specifically in this case, of the powerful hand of exhibition curators who shape the manner in which one’s work is seen by the public.

These questions are in the forefront of my mind because in May I will show a work I made in Uganda in the only modern art museum in Rwanda. Simultaneously, Hugo’s ‘Vestiges of a genocide’, made a decade after the Rwandan genocide, will be shown at the same venue. Lia Gieling, curator of the Musée des Arts in Nyanza (Rwanda), invited Hugo to show a selection of this Rwandan work. She told me that she didn’t understand the selection of photographs from this project shown in the retrospective in The Hague. These images show the remains of slaughtered children covered in white powder and a deserted interior. The Rwandan audience will see something very different, she added.

I plan to report back on how Rwandans will react to our work. 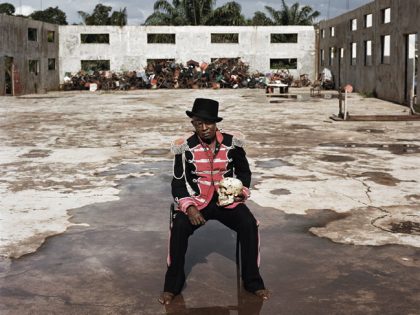 Pieter Hugo, the critically acclaimed South African photographer, has done an interview with Guernica (H/T Glenna Gordon) in which he seems to be taking issue with criticisms of his work, especially the “Nollywood” series: “It’s quite scary when … 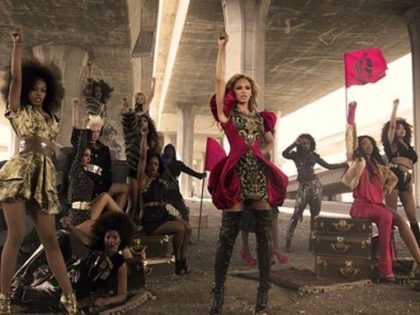 Beyoncé and the Hyena

We’re not sure what Beyonce is trying to say with her music video for her female empowerment song, “Run the World.” You’re guest is as good as ours. 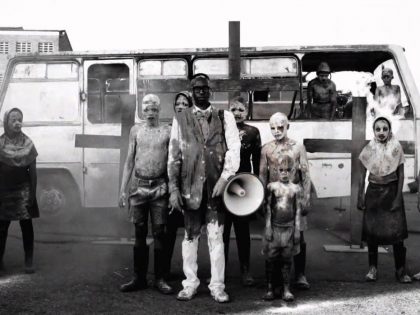 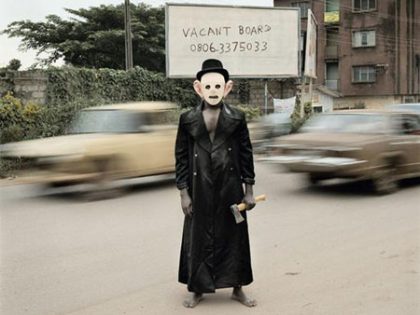 You can see most the photographs from Hugo’s “Nollywood” project (now a book) on his website, along with an introduction by Federica Angelucci and an essay, “Nollywood Confidential” by Cape Town-based Stacy Hardy. The actual …